Edouard recently revealed he would ‘love to be a part’ of a 10th successive league title win at Celtic, however, Villa plan to offer the Frenchman a lucrative contract which could tempt him to leave Scotland.

The 22-year-old, who is under contract until 2022, netted 22 league goals in 27 appearances last season, winning the Scottish Premiership golden boot.

Edouard has attracted interest from multiple Premier League clubs this term, but the player has not expressed any desire to leave Celtic Park, according to The Sun.

Meanwhile, Hoops boss Neil Lennon has conceded it is ‘inevitable’ English clubs will bid for his star striker this summer.

Earlier this month Lennon told reporters: ‘We can’t help that (interest in Edouard), it’s inevitable. But we’ll try to stave off any admirers. 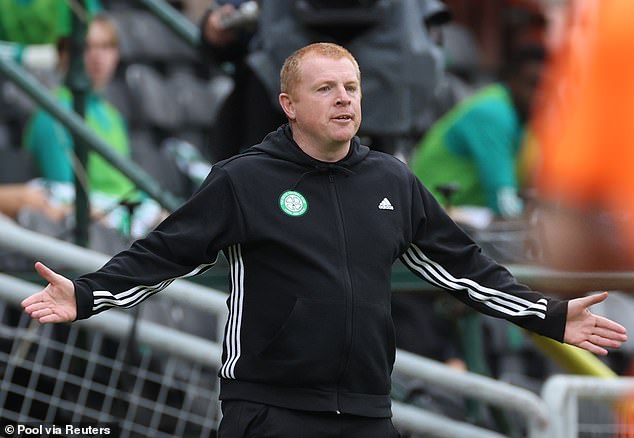 ‘I’m sure there are plenty out there, but we love having him here and I’m sure he’s enjoying it.’

When asked about the possibility of tying Edouard down to a new deal, he added: ‘there are ongoing discussions at the minute with his representatives.

‘Ultimately he’s a player we want around. He’s a fantastic player. He’s really blossomed over the last couple of seasons.

‘He had a magnificent season this year and we want to keep him. It’s as simple as that.

‘We’re doing everything we can to keep him here for at least another season anyway.’