The 50th anniversary of the Apollo 11 moon landing was July 20.

So Budweiser celebrated in fine style, inviting Former NASA astronaut Colonel Terry Virts to watch the Dodgers face off against the Florida Marlins at Dodgers Stadium in LA.

There, Virts spoke about his recent world-record setting trip, good beer, and what it’s like to shoot for the stars.

Also there, comedian Drew Carey who took in the game while sipping on a crisp Budweiser Discovery Reserve.

Space beer: Astronaut Terry Virts (right) got to ring in the 50th anniversary of the Apollo 11 moon landing at Dodgers Stadium with Budweiser Discovery Reserve, a beer brewed in honor of the moon mission. There, he shared a drink with comedian Drew Carey

Virts, a veteran of two space flights and former commander of the International Space Station, recently helped a team of aviators set the world speed record for circumnavigating the globe during the One More Orbit mission.

Their trip – which was scheduled to commemorate the 50th anniversary of the moon landing as well as 500 years since Ferdinand Magellan was the first to ever circumnavigate the globe – was thrilling to the astronaut as both an aviator and an artist.

Virts – who was an avid photographer during his 200 days on the International Space Station, capturing over 319,000 images throughout his stay – helped capture the whole trip for an upcoming documentary, which he will be directing.

Though Colonel Virts has always had a creative streak, this project has helped his artistic side truly thrive.

‘The creative piece is just so much fun. This is what I want to do in life really,’ the documentarian said, who is already embarking on another non-fiction project.

And having been around the world and beyond, Virts knows the universal appeal of a cold Bud.

‘It’s just an all-American beer. It really is. You go around the world and that’s the premium.’ 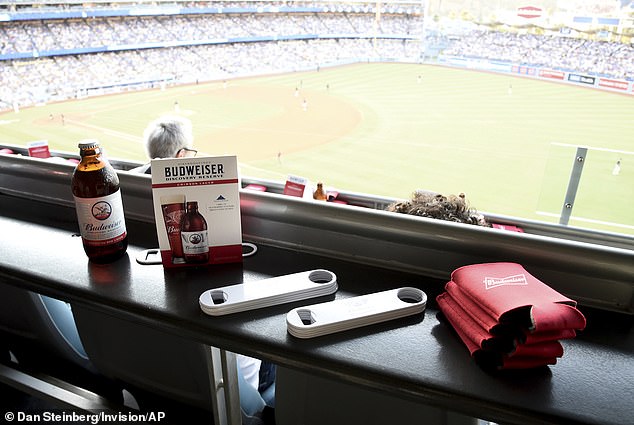 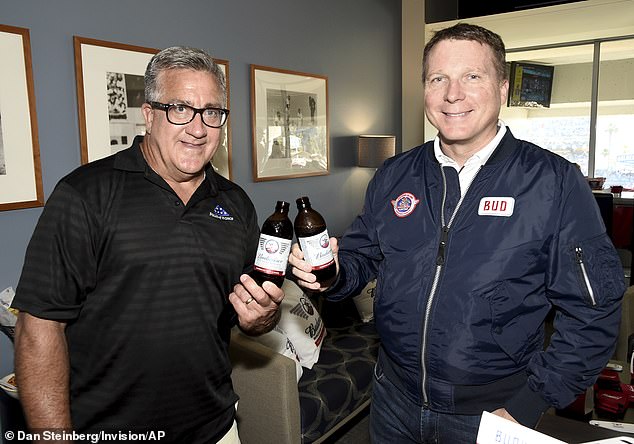 The honorable: Above Virts is seen with Folds Of Honor’s Rocky Sickmann. Folds Of Honor offers educational scholarships to military families

The limited edition brew embraces a bold American spirit and the ingenuity of the space program, featuring a medium roast voyager barley which creates the beer’s light hoppy aroma, toasted barley malt taste and a sharp finish with a hint of toffee.

Ahead of the game Colonel Virts and third baseman Justin Turner presented a $29k check to Folds Of Honor, an organization that offers educational scholarships to military families across the US. 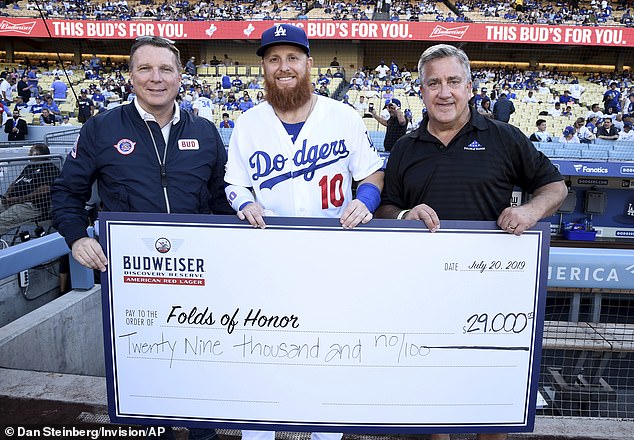 Giving back: Ahead of the game Colonel Virts and third baseman Justin Turner presented a check to Folds Of Honor’s Rocky Sickmann

This year is the eighth consecutive year that Budweiser and their partners have donated to Folds Of Honor.

Since 2011 Budweiser and partners have awarded nearly $16m in educational scholarships, to more than 3000 military families across the country.

More information about folds of honor can be found at FoldsofHonor.org. 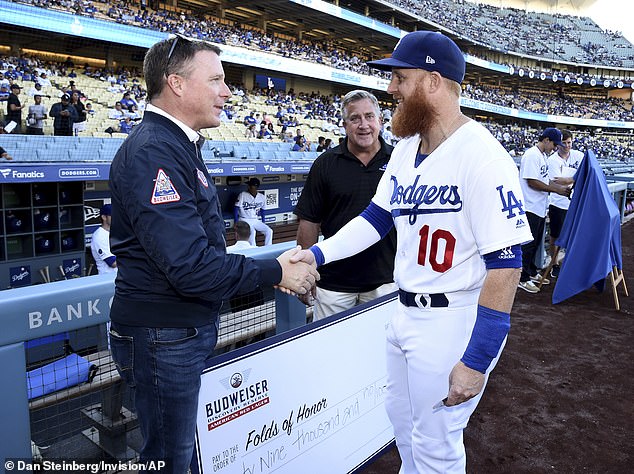 Going strong: This year is the eighth consecutive year that Budweiser and their partners have donated to Folds Of Honor