Asylum seeker who stabbed skaters is jailed for four years

Abdelali Yazid, 22, had tried to steal a bag before he lashed out with a penknife at a Southbank skate park last summer

An Algerian asylum seeker who stabbed two skateboarders on London’s Southbank has been given a lenient sentence so he can be thrown out of the country as soon as possible.

Abdelali Yazid, 22, had tried to steal a bag before he lashed out with a penknife last summer.

Jailing Yazid for four years Judge Jeremy Donne QC said: ‘It seems to me your continued presence in this country is not in the public interest and you should therefore be deported when the Home Secretary considers its time to do so.’

Turning to jurors he said: ‘It’s lenient but he is a young man.

‘He was subject to a sustained attack, and I don’t want him staying in this country being paid for by the tax payer for longer than is necessary.’

Jurors heard during the trial that Yazid, who is originally from Algeria but was homeless at the time, was seen to pick up a woman’s handbag at the skateboarding park on the South Bank.

He was confronted by a group of young men who began carrying out a ‘sustained attack’ on the asylum seeker.

Yazid pulled out a penknife and broke free of his attackers before turning around and facing them.

Leon Lowe, who was standing on the edge of the group, was then stabbed twice in the ribs, twice in the shoulder and once in the backside.

Yazid slashed at another member of the group, Ben Collington, catching him under the chin with the blade.

In his police interview he told officers he had brandished a pair of nail clippers.

Allister Walker, prosecuting, said: ‘Mr Lowe describes that the wounds to his right shoulder had caused some major issues.

‘He could no longer use his right hand to write. He has pain in his upper back and his hand shakes.

‘He had to put off a course he was hoping to do in September.

‘He said he was having nightmares and it had put him off the scale park completely which is where he used to go quite regularly and a place he used to enjoy.’

Mr Lowe told the court he was embarrassed to tell family and others about what had happened because ‘as a 19-year-old and mixed-race, people would think I was a member of a gang’.

Haseeb Yousaf, defending, said Yazid had started living in the country two years ago and initially started studying but became homeless about a month before the attack.

Mr Yousaf said: ‘He came to the country around two years ago. He left Algeria, he subsequently went to Bulgaria and Germany.

‘He said he was pressured by people there to fight in the war in Syria so he left from there, changing his name and so on. 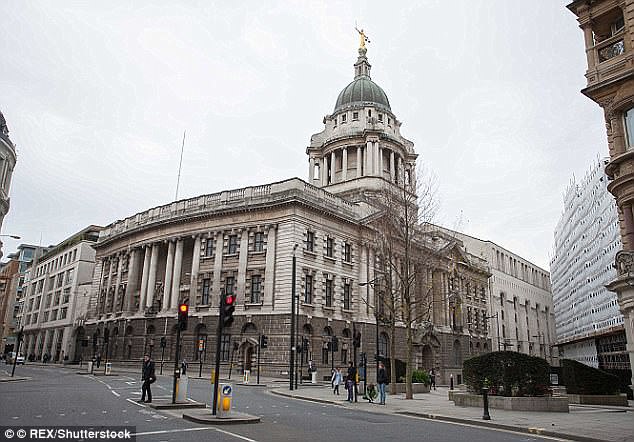 ‘When he came to the country he did initially start studying then was made homeless from 20 days to a month prior to this incident.

Yazid has six siblings and his parents in Algeria and no criminal convictions in the UK.

The court heard he had applied for indefinite leave in the country when he first arrived two years ago, but that this was in a false name and could not be approved.

Judge Donne said: ‘Mr Yazid, the jury have found you guilty of wounding Leon Lowe with intent to do him GBH.

‘They have also found you guilty of causing ABH and of possessing an offensive weapon.

‘It’s clear to everybody that has heard the evidence you were subjected to a sustained attack yourself.

‘No doubt those who did it thought they were justified because they believed you were stealing.

‘But their conduct was not justified.

‘It must have been very frightening for you and it’s no doubt caused you to pull out that knife and use it.

‘You are still a young man, there’s also the fact that a prison sentence will be difficult for you because you do not speak fluent English and you have no relatives or friends in this country.

‘I’m going to make a recommendation that you be deported from this country as soon as you have served your sentence.

‘It seems to me the sooner you live the shores of this country the better for the public here.’

Yazid was sentenced to four years imprisonment for wounding with intent to cause GBH, nine months for assault occasioning ABH and nine months for possessing an offensive weapon, all to run concurrently.

Yazid, of no fixed address, denied the charges.