Asylum-seekers in Mexico snub warnings of stern US…

The ‘caravan’ of asylum seekers that has been a target of President Trump’s criticism has reached the US-Mexico border.

The group of men, women and children from Central America have reached Tijuana, and are now preparing to go through rigid border controls in San Diego.

They will ask for asylum, claiming their home countries are too dangerous, after U.S. immigration lawyers told them they face possible separation from their children and detention for many months.

The White House has also called them a threat to national security and have warned Homeland Security to deal with the claims ‘efficiently and expeditiously’.

They say they want to prepare them for the worst possible outcome.

Migrants have their breakfast at the ‘Vina de Tijuana AC’ migrant shelter in Tijuana, Mexico

‘We are the bearers of horrible news,’ Los Angeles lawyer Nora Phillips said during a break from legal workshops for the migrants at three Tijuana locations where about 20 lawyers gave free information and advice. ‘That’s what good attorneys are for.’

The Central Americans, many traveling as families, on Sunday will test the Trump administration’s tough rhetoric criticizing the caravan when the migrants begin seeking asylum by turning themselves in to border inspectors at San Diego’s San Ysidro border crossing, the nation’s busiest.

President Donald Trump and members of his Cabinet have been tracking the caravan, calling it a threat to the U.S. since it started March 25 in the Mexican city of Tapachula, near the Guatemala border. They have promised a stern, swift response.

Attorney General Jeff Sessions called the caravan ‘a deliberate attempt to undermine our laws and overwhelm our system,’ pledging to send more immigration judges to the border to resolve cases if needed.

Homeland Security Secretary Kirstjen Nielsen said asylum claims will be resolved ‘efficiently and expeditiously’ but said the asylum-seekers should seek it in the first safe country they reach, including Mexico.

Any asylum seekers making false claims to U.S. authorities could be prosecuted as could anyone who assists or coaches immigrants on making false claims, Nielsen said. Administration officials and their allies claim asylum fraud is growing and that many who seek it are coached on how to do so. 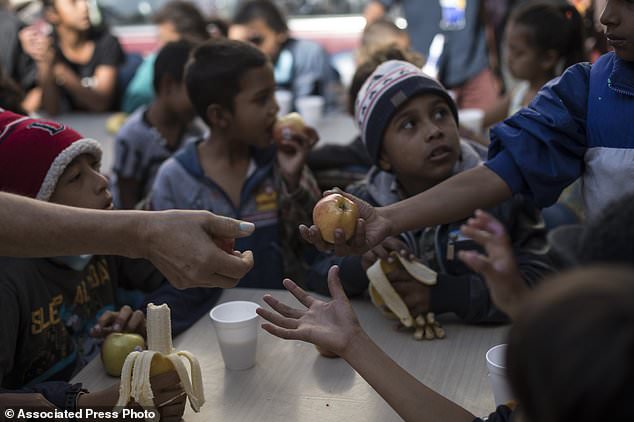 Kenia Elizabeth Avila, 35, appeared shaken after the volunteer attorneys told her Friday that temperatures may be cold in temporary holding cells and that she could be separated from her three children, ages 10, 9 and 4.

But she in said an interview that returning to her native El Salvador would be worse. She fled for reasons she declined to discuss.

‘If they’re going to separate us for a few days, that’s better than getting myself killed in my country,’ she said.

Since Congress failed to agree on a broad immigration package in February, administration officials have made it a legislative priority to end what they call ‘legal loopholes’ and ‘catch-and-release’ policies that allow asylum-seekers to be released from custody while their claims wind through the courts in cases that can last for year. 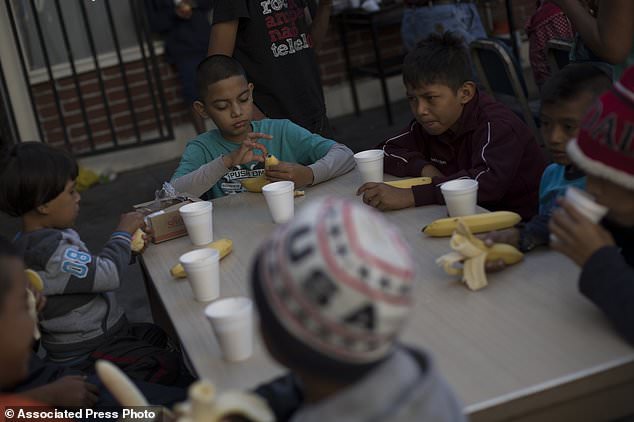 The lawyers who went to Tijuana denied coaching any of the roughly 400 people in the caravan who recently arrived in Tijuana, camping out in shelters near some of the city’s seedier bars and bordellos.

Some migrants received one-on-one counseling to assess the merits of their cases and groups of the migrants with their children playing nearby were told how asylum works in the U.S.

Asylum-seekers are typically held up to three days at the border and turned over to U.S. Immigration and Customs Enforcement. If they pass an asylum officer’s initial screening, they may be detained or released with ankle monitors.

Nearly 80 percent of asylum-seekers passed the initial screening from October through December, the latest numbers available, but few are likely to eventually win asylum. 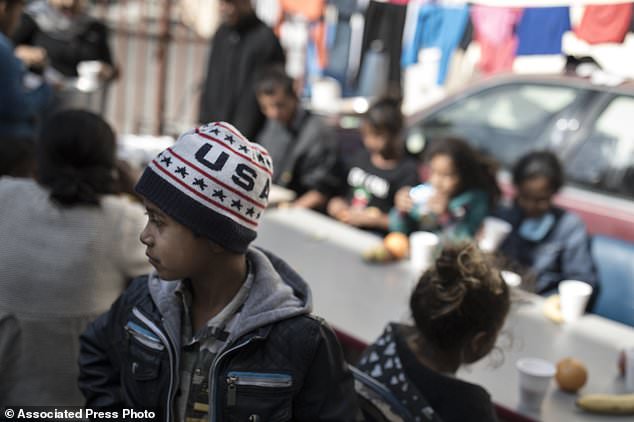 Close to 200 migrants from Central America, mostly from Honduras, arrived in Tijuana seeking to enter the United States

Mexicans fared worst among the 10 countries that sent the largest numbers of U.S. asylum seekers from 2012 to 2017, with a denial rate of 88 percent, according to asylum outcome records tracked by Syracuse University’s Transactional Records Action Clearinghouse.

El Salvadorans were close behind with a 79 percent denial rate, followed by Hondurans at 78 percent and Guatemalans at 75 percent.

Evelyn Wiese, a San Francisco immigration attorney, said she tried to make migrants more comfortable sharing memories of the dangers they faced in their homelands.

‘It’s really scary to tell these experiences to a stranger,’ Wiese said after counseling a visibly shaken Guatemalan woman at an art gallery in a building that used to house a drug smuggling tunnel into San Diego. ‘The next time she tells her story will be easier.’ 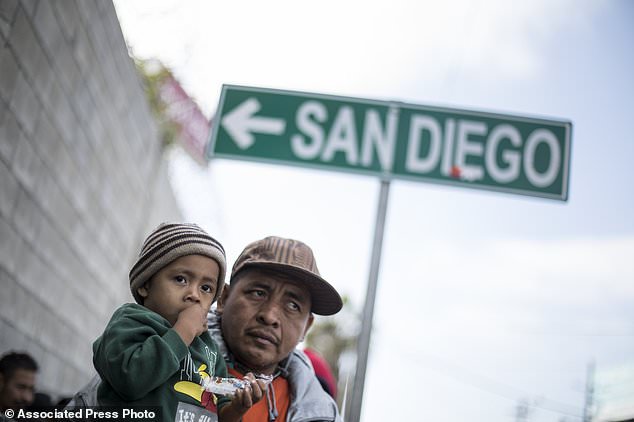 A father and his son await tutorship by immigration lawyers in Tijuana, Mexico

Nefi Hernandez, who planned to seek asylum with his wife and infant daughter was born on the journey through Mexico, worried he could be kept in custody away from his daughter. But his spirits lifted when he learned he might be released with an ankle bracelet.

Hernandez, 24, said a gang in his hometown of San Pedro Sula, Honduras, threatened to kill him and his family if he did not sell drugs.

Jose Cazares, 31, said he faced death threats in the northern Honduran city of Yoro because a gang member suspected of killing the mother of his children learned one of Cazares’ sons reported the crime to police.

‘One can always make up for lost time with a child, but if they kill him, you can’t,’ he said outside his dome-shaped tent in a migrant shelter near the imposing U.S. border barriers separating San Diego from Tijuana. 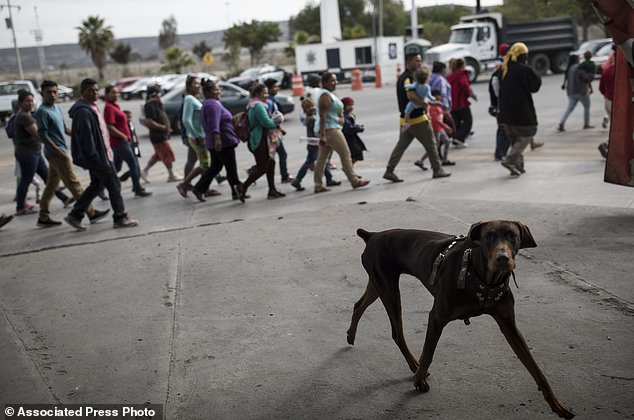 Migrants walk to the place where they will be meeting with immigration lawyers, seeking to enter the United States from Tijuana, Mexico