Chicago’s gun violence crisis continued over the weekend with at least 11 people killed and dozens more injured – including nine children.

Between Friday and Sunday night officers responded to 44 shooting incidents with a total of 56 victims and 11 deaths, Chicago police said Monday.

Officials reported 56 shooting victims and 11 deaths. The ages of the deceased range from 26 to 38.

Among the wounded are nine individuals under the age of 18, police said.

It comes as Chicago has weathered a devastating surge in gun crimes so far this year – with shootings up nearly nine percent over 2020.

The violence has led to fevered calls for city officials to take action as many blame Mayor Lori Lightfoot for failing to adequately address the crisis.

Chicago police battled another weekend of extreme gun violence across the city (5000 block of West Ohio St. pictured above) that left at least 11 dead and 56 injured, including 9 children 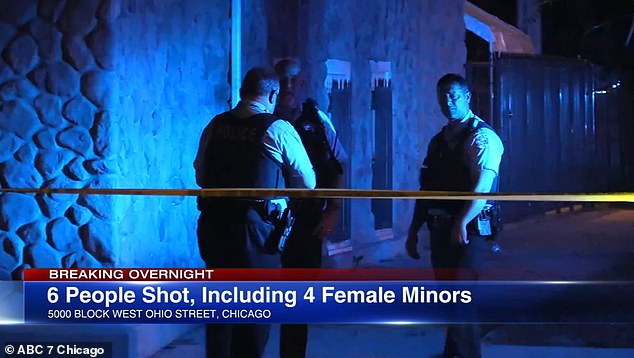 The juvenile shooting victims over the latest violent weekend included four teenage girls who were struck in a drive-by attack and an eight-year-old boy who was shot while riding in a car.

Officials say the girls were hurt were among six people who were shot and wounded as they were standing outside of a house party in the South Austin neighborhood Saturday night.

The youngest of the girls was 12 years old. She was shot in the hand. A 15-year-old girl suffered a graze to the head as a bullet flew while while two other teenage girls, aged 14 and 13, received bullet wounds to their buttocks.

A 19-year-old woman was shot in the back and listed in fair condition. A 25-year-old man also received treatment at Mount Sinai Hospital in the city with gunshot wounds to his buttocks. 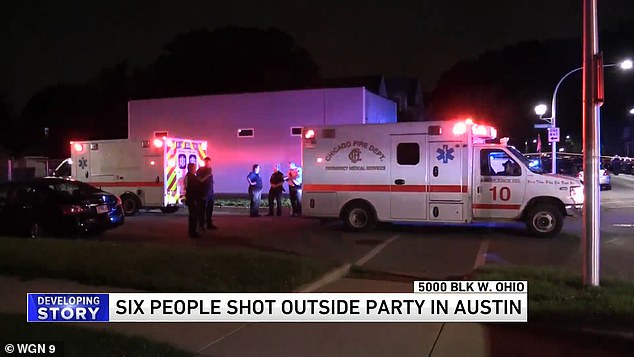 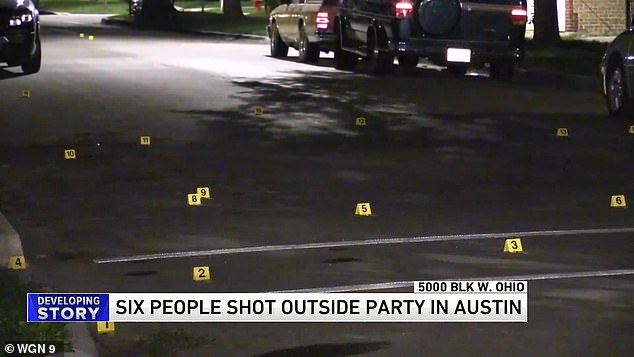 The youngest of the girls was 12 years old. She was shot in the hand. A 15-year-old girl suffered a graze to the head as a bullet flew while while two other teenage girls, aged 14 and 13, received bullet wounds to their buttocks

In another incident, an eight-year-old boy and a 28-year-old man were injured after someone in a black sport-utility vehicle fired shots at their moving vehicle, MSN reports.

The man was shot in the back and the child in the left leg. Both are said to be in stable/good condition.

The shooting took place in South Chicago. Authorities have not provided information on the suspect at this time.

According to Yahoo News, Chicago has seen a record number of violent crime incidents this year.

During a press briefing Monday, Chicago police Superintendent David Brown said the department is seeing a rise in drive-by shootings. He compared the current drive-by rates to those of the 1980s. 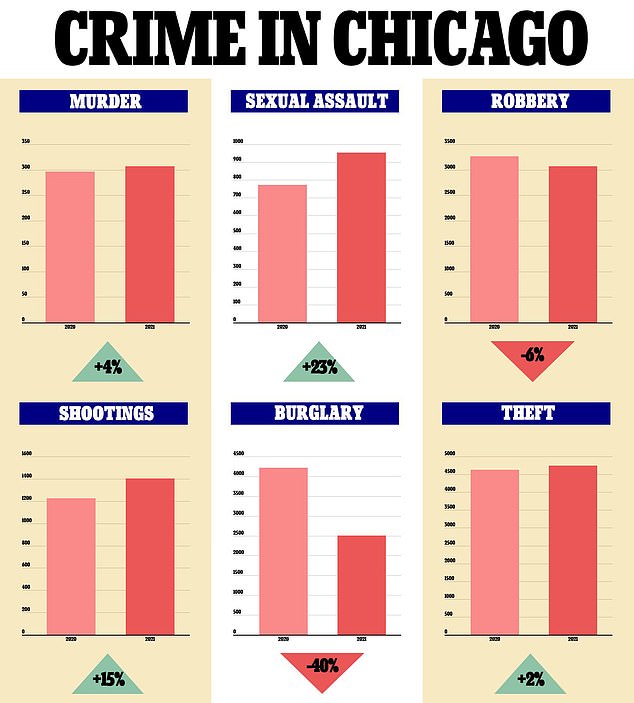 Halfway through 2021, police are already seeing an increase in the number of shootings and homicides from the previous year (chart based on data released June 25, 2021)

According to Brown, the team was launched Sunday with the explicit mission to conduct investigations into the gun traffickers and purchasers.

50 officers will be tasked with running investigations aimed to stop guns from hitting the streets originally. They will also be tasked with tracing recovered guns infiltrating the illegal pipeline of guns.

Brown says that Chicago police is on track to recover more than 12,000 illegal guns this year. Authorities have already recovered 6,600 guns to date.

The new team was launched just days after Mayor Lightfoot announced a $1 million reward fund for information that leads to the seizure of illegal firearms.

The fund was created to incentivizes citizens to report the presence of illegal guns in their community. Payouts will be provided to those who have tips that lead to arrests and convictions.

‘We’re setting up a structure for people to provide tips — anonymous, if you so desire — to point us to the presence of illegal firearms,’ Lightfoot told the Chicago Sun Times on Thursday.

She hopes this will help law-abiding Chicagoans to reclaim their streets from violence and criminals.

According to Brown, citizens who contact the Gun Investigations Teams can expect a ‘timely response at any hour of the day’.

He also adds that ‘payouts will be significant’. 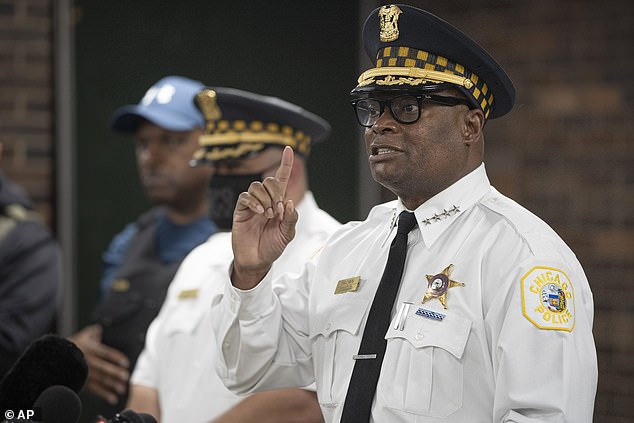 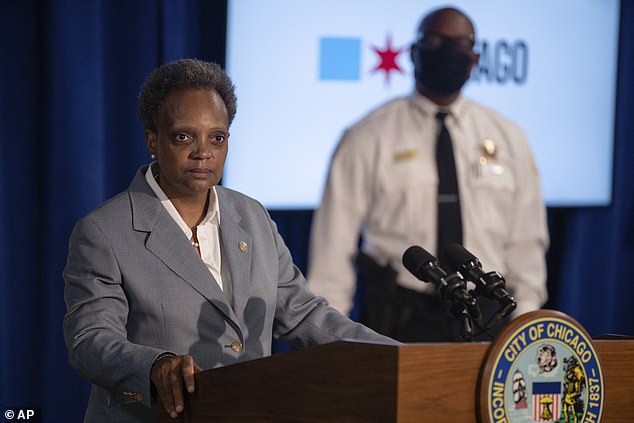 Meanwhile, Mayor Lori Lightfoot (left) is facing backlash for her leadership as some community leaders and members argue that she has expressed a ‘complete lack of commitment’ towards combating violence in Chicago

Meanwhile, Mayor Lightfoot remains under fire as crime surges throughout the city.

Earlier this month, officials revealed that Lightfoot allowed two of her top aides to take time off just before the the city was gripped by violence over the Fourth of July weekend which saw more than 100 people shot and at least 17 killed.

Their absences came despite Lightfoot’s promise to have ‘all hands on deck’ to address a sudden surge in shootings across the city prior to that weekend.

Police officers were even made to work 12-hour shifts during over Independence Day weekend to increase their street presence.

At that time, Southwest Side Alderman Raymond Lopez said the city’s leadership was ‘disconnected,’ arguing that officials showed a ‘complete lack of commitment toward addressing the violence’.

Lightfoot’s office reiterated that the mayor’s team was ‘fully engaged’ during what has statistically been the most dangerous weekend in Chicago.

DailyMail.com reached out to Lightfoot’s office for comment on the latest string of violence and has not yet heard back.