At least 11 passengers killed, 12 injured after in Ecuador bus crash

As many as 11 passengers have been confirmed dead after a bus plunged down a 328-foot deep slope in Ecuador on Monday.

The Integrated Security Service also reported that 12 other people, including the driver, were taken to area hospitals near Colta, Chimborazo.

The driver’s assistant was among the fatalities. The names of the victims have not been released. The National Police reported the incident around 12:36am local time.

Authorities said the bus veered off one of the lanes and overturned before it plummeted down a hill and landed sideways on a field.

A total of 11 passengers were killed and 12 others were injured after a bus veered off a highway in Ecuador and plunged down a slope shortly after midnight Monday. Firefighters were required to use hydraulic rescue tools to pull out three of the surviving passengers 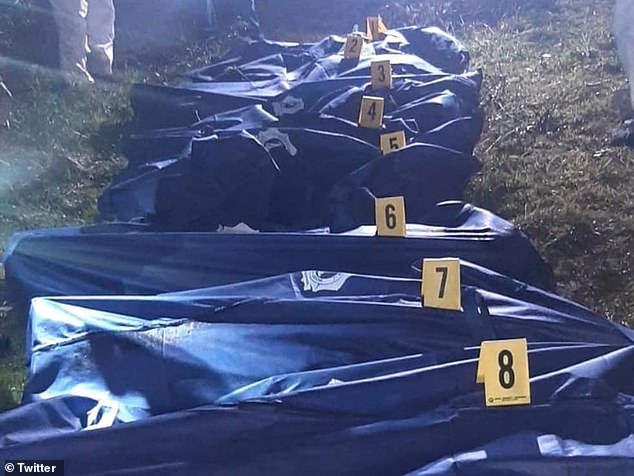 At least 11 people were killed in Colta, Ecuador, on Monday after the bus they were traveling road veered off a highway and plummeted into a 328-foot deep slope

The coach was traveling on a road that connects the Andes cities of Guayaquil and Ambato.

Colta fire department spokesman Manuel Valente said first responders had to break open a section of the bus in order to rescue three of the injured passengers who were trapped inside. 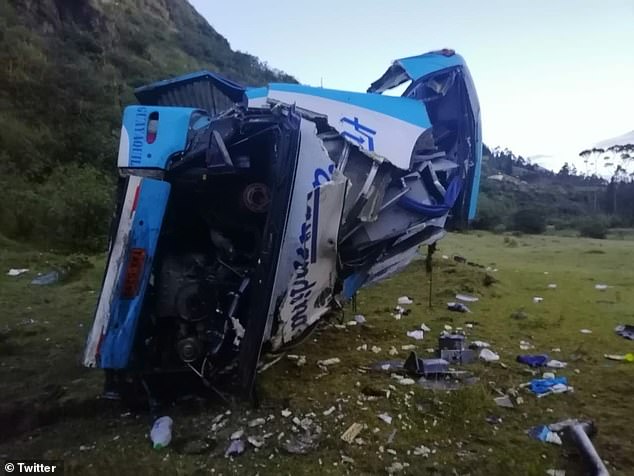 Authorities said the bus driver was among the 12 people who survived the deadly crash that killed 11 passengers and his assistant in Ecuador on Monday. The names of the victims have not been released 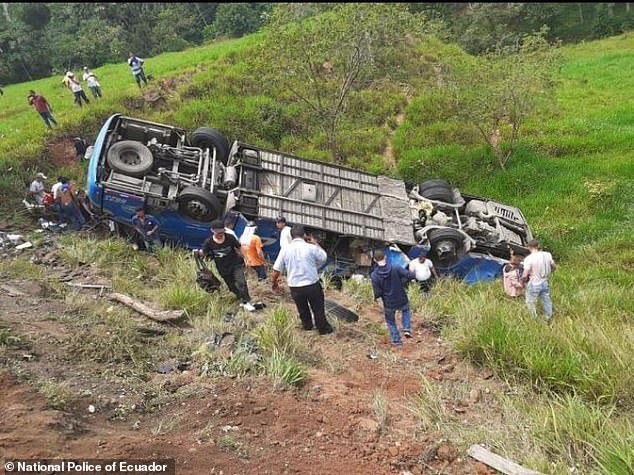 Villagers and authorities mill around the site of Monday morning’s bus crash in Colta, Ecuador that left 11 people dead and 12 others injured 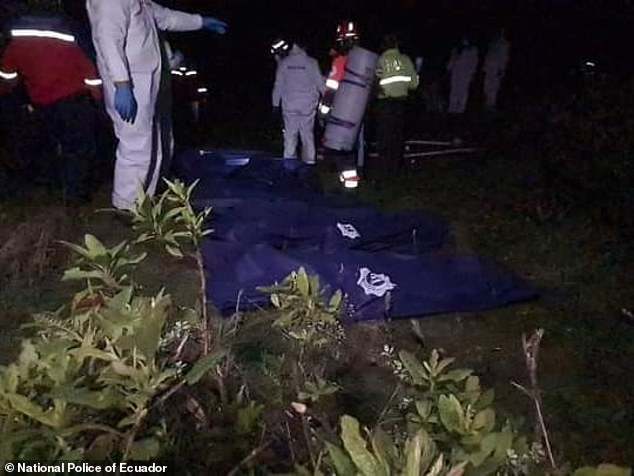 All of the surviving victims who remained in the vehicle were pulled out to safety by 4:30am.

‘The bus was at the bottom. The passengers were ejected from it. We helped them out all the time,’ Valente said, as quotes by Ecuadorian digital newspaper Extra. ‘First we rescued the ones who had vital signs. Three were trapped and it was necessary to use (hydraulic rescue tools).’

The fatal victims were transferred to a local morgue in the municipality of Riobamba, where officials were expecting families to claim their bodies.