Police have fined 14 people £200 each for trying to leave Britain without a ‘reasonable excuse’ during the current lockdown including eight Bulgarians heading home and a man driving alone to France, it was revealed today.

Officers handed out more than a dozen coronavirus fixed penalty notices after pulling over vehicles at the Port of Dover and the Channel Tunnel in Kent in the four days to last Sunday.

Police say they only fined drivers and their passengers if they tried to cross to France again having already being pulled over and turned around.

A further 50 people were told to go home due to the current laws imposed by the Government because they did not provide a good reason for travel such as work, a medical appointment or caring for vulnerable people.

Police say they fined eight people in one car because they were trying to travel from London to Bulgaria. They breached coronavirus rules because they were from two different families and are not allowed to mix. The driver was also fined for being uninsured.

Officers also spoke to the occupants of three other cars, each containing two people, from Leicester, Birmingham and Thetford at Dover where Kent Police said they ‘reminded them all of their responsibilities and encouraged them to adhere to the guidelines’.

But despite the advice, all the vehicles still attempted to leave the country by instead going to the Channel Tunnel eight miles from Dover in Folkestone.

Police at the Channel Tunnel also stopped and spoke to a man from London who was trying to travel to France. He was given advice, but then left and tried to cross again afterwards so was also slapped with a fine.

Can I travel during the current lockdown?

According to the Foreign, Commonwealth and Development Office (FCDO), going on holiday will be banned – with no exceptions.

The ban is currently set to last until December 2.

Under the new rules people cannot travel internationally or within the UK, unless for work, education or ‘other legally permitted exemptions’.

Overnight stays away from primary residences will also not be allowed, except for specific exceptions including for work.

14 people in total were fined £200 each and turned back – but it’s not known if any have successfully managed to leave the country since then.

Some of those stopped at the Channel Tunnel and Dover Port were also travelling in groups of more than two and mixing with other households, police said.

All were trying to leave the country without ‘reasonable excuse’, during a time in which being outdoors and leaving the UK is not permitted unless for specific reasons, according to Kent Police.

Assistant Chief Constable Claire Nix, of Kent Police, said: ‘The Government has made it very clear that the best way to support the NHS and save lives is to stay at home and it is our job to ensure people are respecting the measures designed to protect everyone.

‘Until December 2 people should only be leaving home for the reasons the Government has listed, which includes – for example – work, exercise, medical appointments, food and caring for vulnerable people.

‘Everyone should familiarise themselves with the full list of exemptions and understand what is expected of them at this time.

‘It is fair to say that the majority of people in Kent have shown throughout the pandemic that they respect and adhere to the COVID-19 regulations.

‘Nevertheless officers have been out and about across the whole county engaging, explaining and encouraging people to comply with restrictions.’ 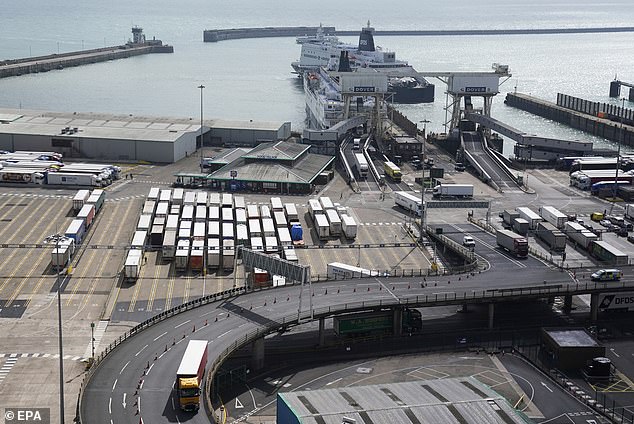 She added: ‘In most situations, we can resolve breaches without having to issue a fine but in cases like these, when people blatantly disregard the advice and refuse to comply, we are left with no choice but to take enforcement action.

‘In Kent we will continue to police in a sensible, proportionate and fair manner and ask that everyone continues to take personal responsibility for controlling the spread of the virus and protect themselves fro