ATF arrest military veteran, 40, after linking him with explosive devices

Investigators with the Bureau of Alcohol, Tobacco, Firearms and Explosives and the FBI said in a news conference that they had linked the devices and postcards with cryptic messages referring to the bombs that were sent to the Beaumont Police Department to Jonathan Matthew Torres.

Investigators found mousetraps, screws and other components of the devices and postal materials while executing a search warrant Thursday at Torres’ Beaumont home. After the search, Torres was taken into federal custody without incident.

A device exploded May 10 outside an Episcopal church, shattering windows and causing other damage. No one was hurt. Another device that didn’t detonate was found April 26 inside a U.S. Postal Service mailbox near a Starbucks. 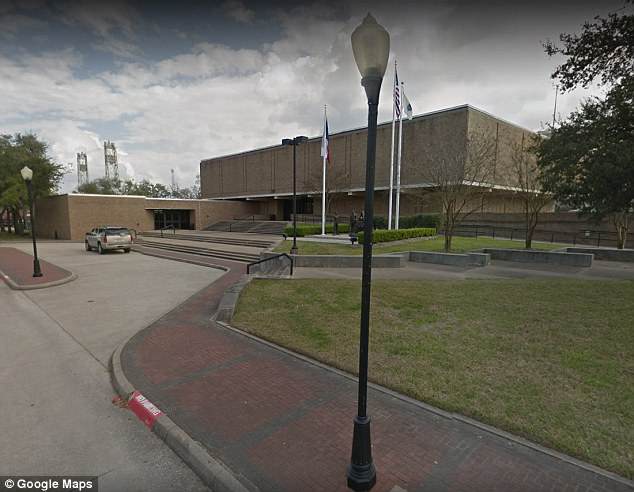 The device consisted of a mailing package containing explosive material and a mousetrap that was designed to be triggered when the package was opened, according to a probable cause affidavit.

U.S. Attorney for the Eastern District of Texas Joseph Brown said during the news conference Friday that evidence found in Torres’ home suggested he was preparing and had the capacity to mail a more damaging device. Brown said that with Torres in custody, he was ‘very confident that there’s no further threat to the public.’

He said investigators are still determining a motive, but they had ruled out international terrorism or racial or religious animosity.

Torres was charged with using an explosive to cause property damage, possession of an unregistered destructive device and mailing a threatening communication. He is scheduled to appear in court May 29. If convicted, Torres faces between five and 20 years in prison.

Earlier this month, police said they were working to ensure the incidents didn’t ‘mirror the recent events of Austin.’ 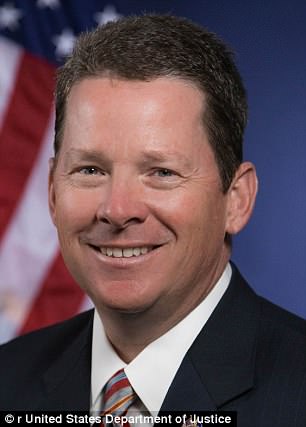 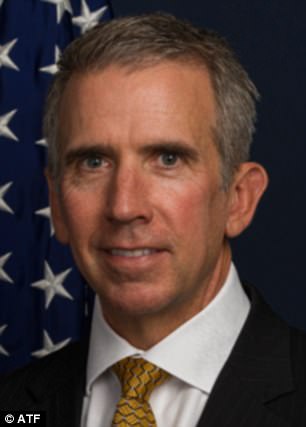 U.S. Attorney Joseph Brown (left) said that Torres was preparing  to construct a more devastating device while ATF Special Agent Fred Milanowski (Right) told reporters that no other bombs were sent through the mail

The discovery of the devices in Beaumont followed a series of package bombs that exploded in the Austin area over a three-week period, killing two people and severely wounding four others.

The suspect used one of his own devices to blow himself up as authorities approached his stopped vehicle on March 21.

Torres alluded to the Austin bombings in postcards mailed to Beaumont police, according to the affidavit.

Police received a postcard a day after discovering the device near the Starbucks that was stylistically similar to the note found with that device, the affidavit said. ‘Do you want (Beaumont) to become another Austin,’ it read. It was signed ‘J. Hancock.’

Investigators said they later learned Torres had reported to Beaumont police in 2016 that his then-roommate, John Hancock, had stolen four firearms.

Brown said authorities are not pursuing other suspects.

Torres allegedly sent additional postcards to Beaumont police, claiming other explosive devices had been planted in the city.

Public records show Torres’ previous addresses included a U.S. Marine Corps base in Australia from 1997 until 2001.

Torres was sentenced to two years’ probation after he was arrested in 2013 for possession of a controlled substance, records show.