The Atlanta Falcons are the first NFL team to have all players vaccinated for Covid-19.

Vaccination has become a source of contention on some teams with star players refusing to admit whether they are inoculated.

But that is not a concern in Atlanta, with quarterback Matt Ryan being one of the first players to receive jabs – and discuss it with team-mates.

‘Each player will now enjoy the benefits of being able to work out and eat together. They won’t have to test daily, won’t have to wear masks around the facility, and won’t have to quarantine following a close contact with someone who tests positive,’ the team said on its website.

The move comes a month after NFL commissioner Roger Goodell sent a memo warning of consequences for teams and unvaccinated players in the event of a Covid outbreak.

‘As we learned last year, we can play a full season if we maintain a firm commitment to adhering to our health and safety protocols and to making needed adjustments in response to changing conditions,’ he said.

‘If a game can’t be rescheduled and is canceled due to a COVID outbreak among non-vaccinated players on one of the competing teams, the team with the outbreak will forfeit and will be deemed to have played 16 games for purposes of draft, waiver priority, etc.’ 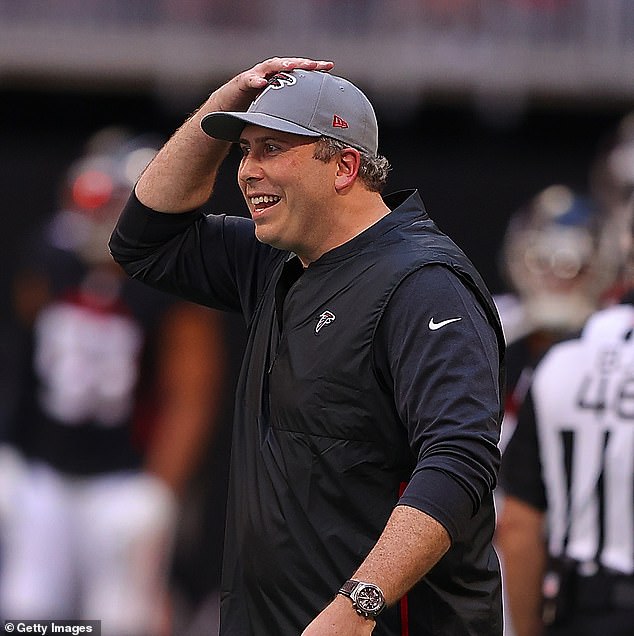 Tampa Bay Buccaneers head coach Bruce Arians said earlier this month that he expects his team to be close to 100 per cent vaccinated for the season opener against the Dallas Cowboys on September 9.

The Falcons, who finished fourth in the NFC South last season, are due to play their week five home game against the New York Jets at the Tottenham Hotspur Stadium – Covid-willing.

Elsewhere, the Las Vegas Raiders will require all fans attending home games to show proof of vaccination this season.

Ahead of the franchise’s first season in Nevada at the almost brand new Allegiant Stadium, the change has been made after new directives from Nevada Governor Steve Sisolak.

‘Health and safety has always been our number one priority,’ Raiders owner Mark Davis said. ‘After consultation with Governor Sisolak and other community leaders, this policy ensures that we will be able to operate at full capacity without masks for fully vaccinated fans for the entire season.’

Vaccinated fans will not have to wear masks during the season, which begins in Las Vegas on September 13 against the Baltimore Ravens.