One of the two Atlanta fathers in jail for raping his adoptive sons was accused of luring a different fourteen-year-old boy for sex, seven years before a Christian special needs adoption agency handed over two vulnerable young children to him and his husband.

Zachary Zulock was reported to police in 2011 for allegedly luring a 14-year-old boy to his home and raping him.

For some unknown reason, the case was not investigated properly by the detectives involved, all of whom have now retired, and charges were never brought.

Now, it is being re-examined in light of the Zulocks’ recent arrest for raping their own kids.

Zachary Zulock is in custody on charges of raping his two adopted sons and filming it for other pedophiles. He is shown in an older social media image. In 2011, he was reported to police for allegedly raping another child, but was never arrested 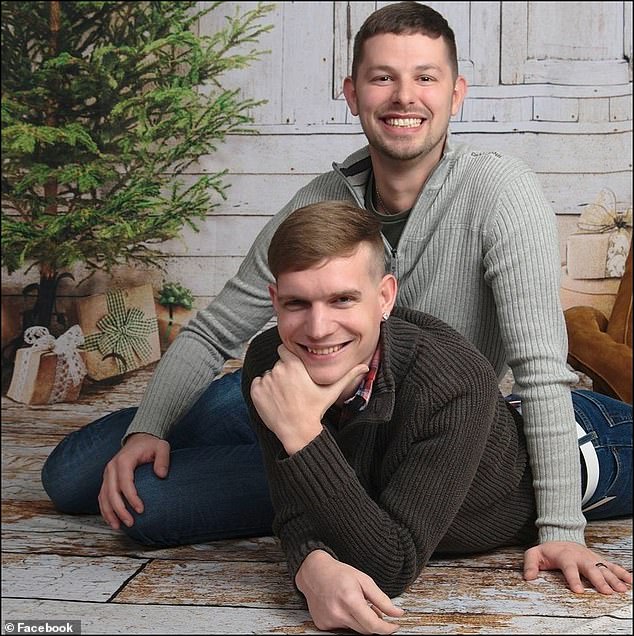 ‘The 2011 case was handled in a manner that is inconsistent with today’s current investigatory standards but the law enforcement officers in the Criminal Investigations Division at that time have since retired.

‘Current WCSO detectives are assessing the case and seeking any leads that may still yield charges.

‘As with all cases, our detectives are diligent and passionate when it comes to charging child molesters and will always seek justice for the victim,’ a spokesman for the Walton County Sheriff’s Office told Townhall, which exposed the full story in all its horror today.

Zachary and his husband William adopted the boys from foster care. The boys, then five and three, had been removed from their heroin-addicted parents and placed in foster care.

The pair have now admitted raping those boys and filming that abuse between 2019 and 2021.

In 2021, just a year before they were arrested on heinous sexual abuse allegations, the pair made inquiries about adopting a two-year-old girl.

The adoption agency they used was All Gods Children Inc, a now defunct special needs agency in Georgia. 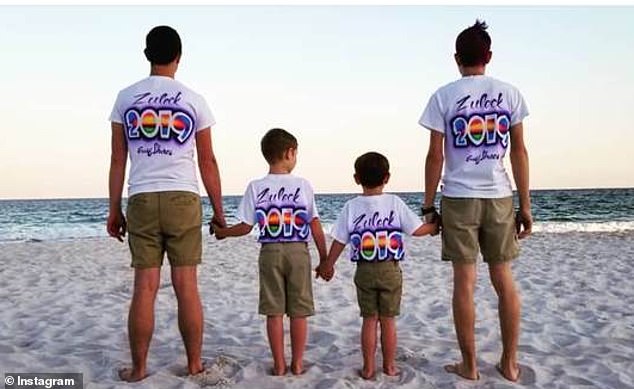 Social media images from Zack’s accounts. He admitted that the pair filmed themselves abusing the kids and sent videos to other men 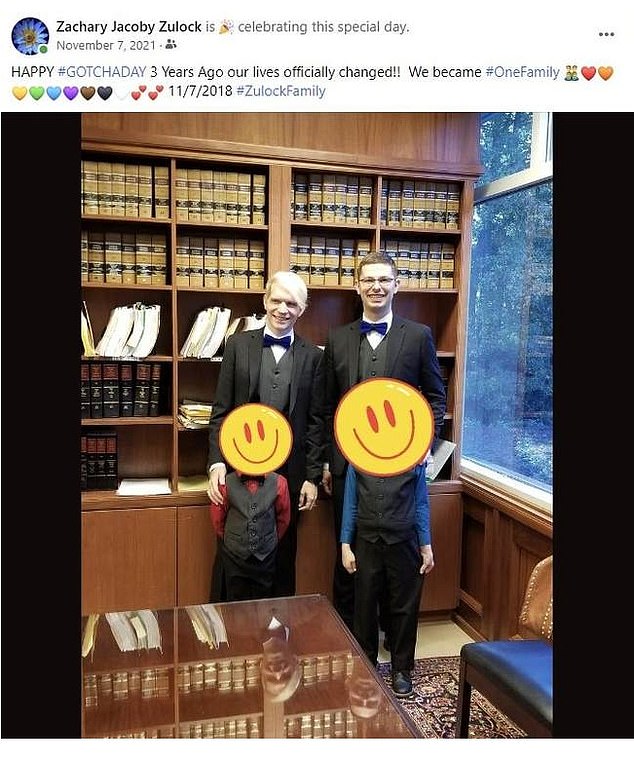 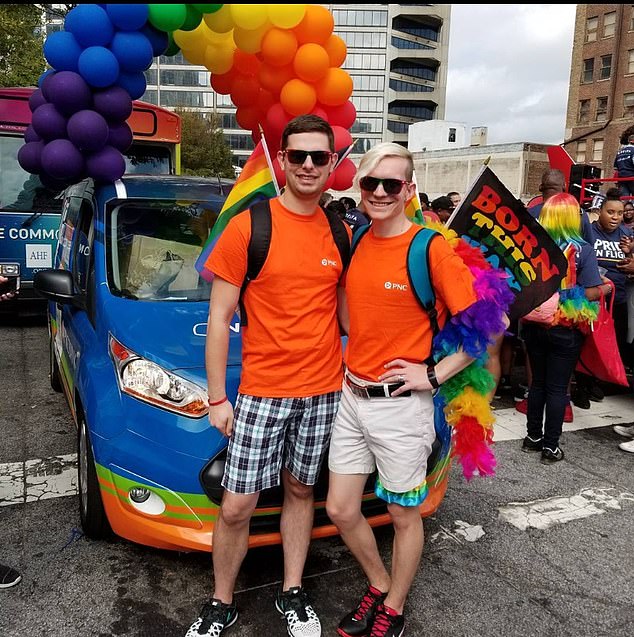 The couple proudly crusaded for LGBTQ causes. They are shown at a Pride march 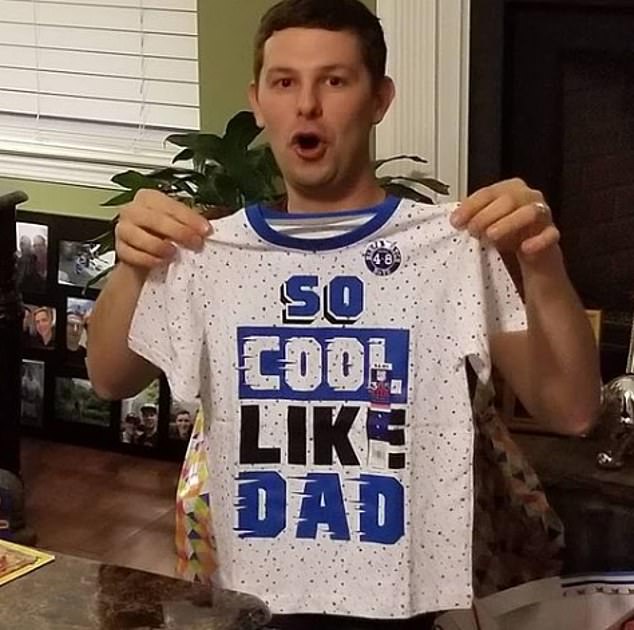 It’s unclear how extensive their checks were on the pair before they took in the boys.

A former executive contacted by DailyMail.com did not immediately respond to inquiries.

On social media, they told friends the process moved ‘faster than expected’.

They referred to the day they welcomed the boys’ home as ‘gotcha day’, posting photos on their relative accounts.

Zachary and William are being held in separate facilities while they await their next court appearance.

Zachary is in a maximum security jail where he claims he has been poisoned by other inmates. 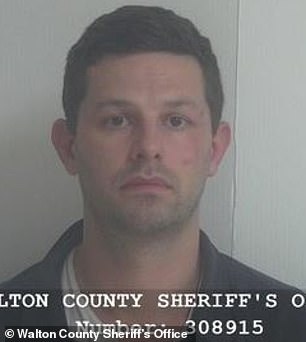 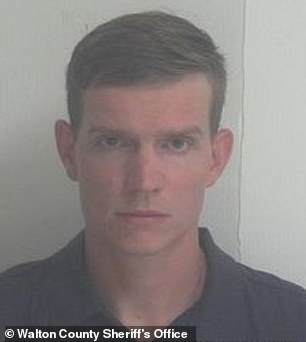 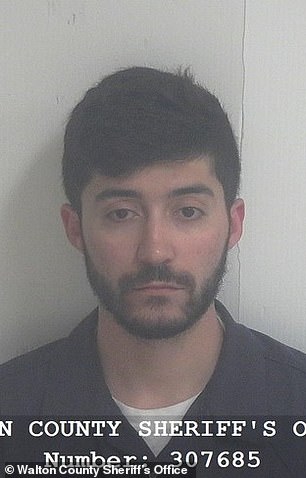 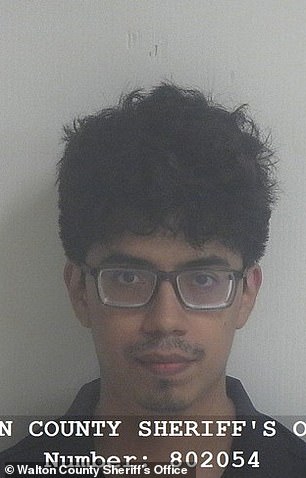 In communications with a relative that were obtained by Townhall, he said he was suffering ‘stroke like’ symptoms after being handed a suspicious drink by another inmate.

He also demanded to be let out, asking the relative to instruct his attorney he wants ‘an ankle monitor and low bond, if necessary’.

William, meanwhile, is in the more comfortable county jail where he was looking forward to an origami book being delivered.

His chief complaint was that he is lactose-intolerant and can’t eat the jail food. 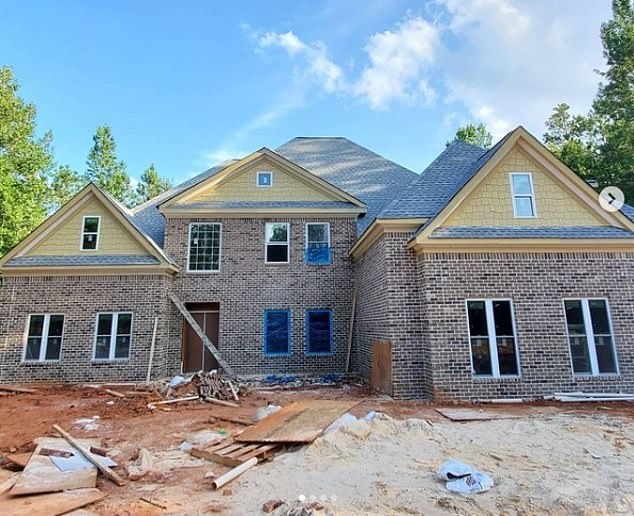 The couple built their dream home in Atlanta and raked in $7,500-a-week, according to court filings

‘I don’t even know a dog would eat these bologna sandwiches. That’s how low-grade the meat is. This place is a joke!’ he fumed.

The pair have gone between confessing some of the crimes to police in interviews and referring to the ‘truth’ to the relative, and vowing to fight the charges and refuse to testify against each other.

Townhall cites conversations between the relative and the pair where William claimed Zachary was guilty of pedophilia before they met, and where Zachary claimed it was William who started abusing the boys first.

The pair are due back in court on February 1.

That figure emerged when they were denied a public defender because they were too wealthy for one.

They also built their ‘dream home’ in an area where comparable homes sell for $900,000.