Prior to this evening’s game between the Atlanta Hawks and Oklahoma City Thunder, longtime Hawks play-by-play man Bob Rathbun suffered a medical emergency.

Rathbun was on the air alongside color commentator Dominique Wilkins just before tip off, when he slumped back in his chair, dropped the paper he was holding, and seemed to start having convulsions before losing consciousness.

According to a statement obtained by the New York Post, the Atlanta Hawks say Rathbun was suffering from dehydration and is undergoing treatment.

‘Prior to tonight’s game against the Oklahoma City Thunder, play-by-play announcer Bob Rathbun briefly lost consciousness on the court,’ the statement said.

Rathbun has been the announcer for the Hawks since 1996 and also calls games for the WNBA’s Atlanta Dream. 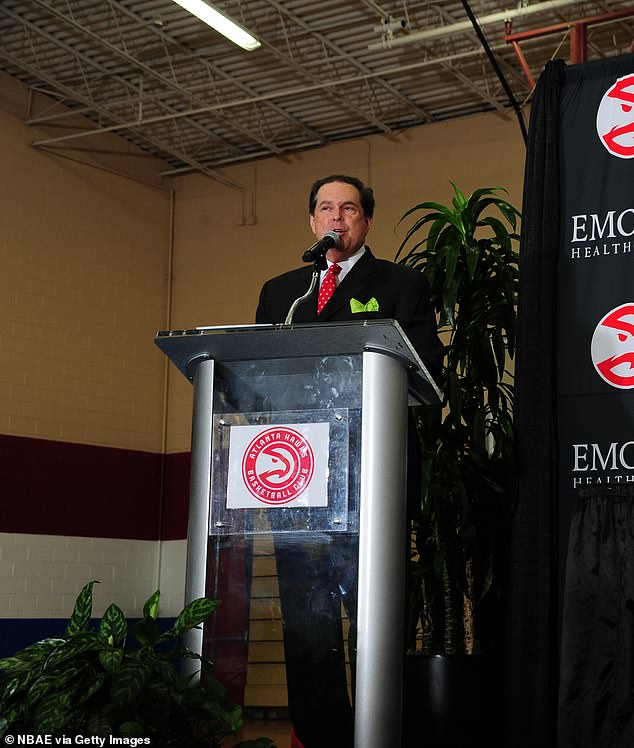 Rathbun, pictured here in 2016, has worked television play-by-play for the Hawks since 1996 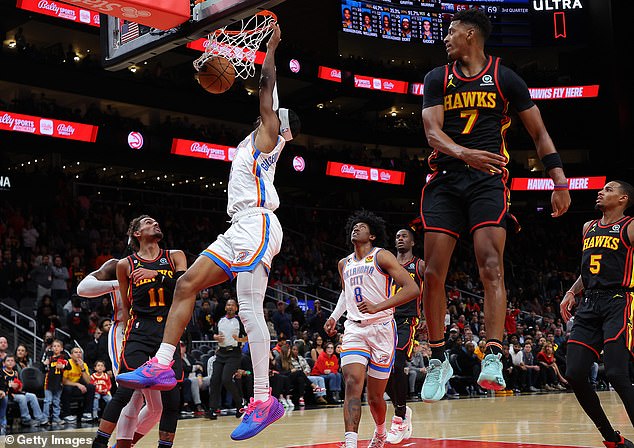 Atlanta countered that with a pair of 20+ point performances from two of its guards. Dejounte Murray led the team with 24 points, putting up six rebounds and three assists. Meanwhile, Trey Young contributed 23 points, led the team in assists with ten, and put up three rebounds of his own.