Atletico Madrid boss Diego Simeone has praised Fernando Torres for his quality in front of goal after he helped seal a 3-0 Copa del Rey victory over Elche.

The former Liverpool and Chelsea striker netted twice as the capital club overcame their third-tier opponents 4-1 on aggregate to seal their place in the last 16.

It was Atletico’s first cup clash at their new stadium and Torres made it a memorable one for the fans, as well as his manager.

‘Fernando did well as goals are so important for a forward,’ Simeone said after the game, as reported by FourFourTwo.

‘He took maybe the two most difficult chances he had, with a lot of quality.’

‘The cup can be a trap as if you relax you can find it difficult to get back into the game.

‘The first half was very good, we went out very strong, convinced on what we needed to do.

‘The two goals had us in control really of the tie, although things can always turn around.’ 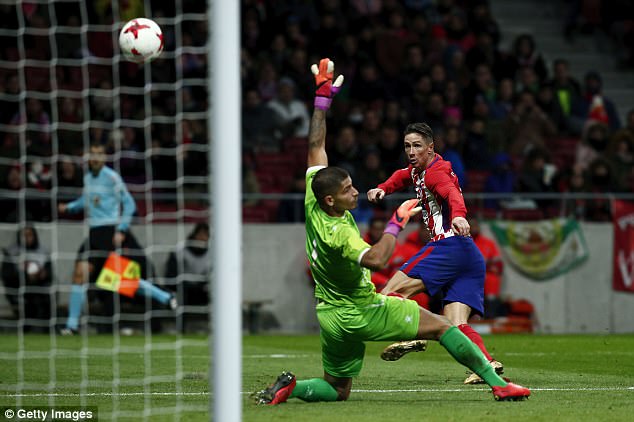 While Torres is finding his touch once more in front of goal, the same cannot be said for Luciano Vietto.

The striker has scored just once for the club since joining from Villarreal in 2015 and has yet to score in 2017.

However, Simeone was quick to defend the 23-year-old and insists he is still doing a valuable job for the side.

‘It seems that yes [Vietto feels the pressure],’ Simeone added. ‘He plays very well with his back to goal, rarely loses possession, chooses his passes well. His is a tough position to play as if you do not score you get criticised.

‘He does not hide, keeps playing, and he is one of the best we have in his general play and we protect him for that.’ 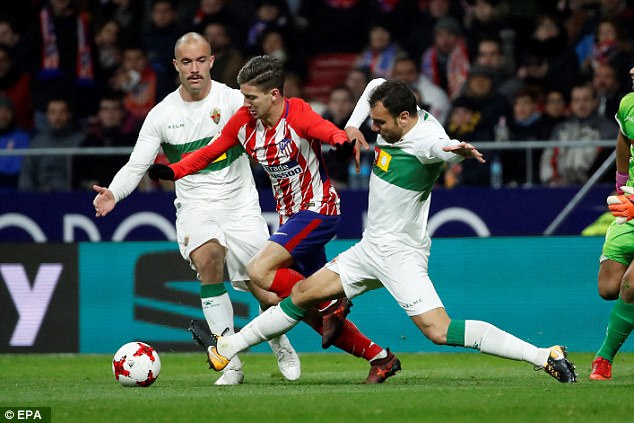 Simeone has leapt to the defence of Luciano Vietto, who has yet to score a single goal in 2017