‘We know it will be difficult in Turin, I’m sure we’ll have to suffer a lot’: Atletico Madrid boss Diego Simeone warns against complacency ahead of last-16 second leg with Juventus

Atletico Madrid boss Diego Simeone warned his side still have plenty to do after beating Juventus 2-0 in the first leg of their Champions League last-16 tie.

Uruguay pair Jose Gimenez and Diego Godin struck in the space of five minutes late in the game in the Spanish capital to edge Atletico closer to a place in the quarter-finals.

Juventus will bid to overturn a two-goal deficit in the return leg in Turin on March 12.

‘We know it will be difficult in Turin, I’m sure we will have to suffer a lot. I don’t see any other way to do it,’ Simeone told UEFA.com.

Atletico had a penalty decision for a first-half foul on Diego Costa and substitute Alvaro Morata’s goal ruled out after the video assistant referee made two crucial interventions at the Wanda Metropolitano Stadium.

But Simeone’s side emerged stronger after the interval and were rewarded for their perseverance when Gimenez and fellow defender Godin converted from close range in the 78th and 83rd minutes.

‘These are my boys,’ a proud Simeone said. ‘There are lots of things you can win, but you remember these moments of a competitive team.

‘It’s the best thing that can happen to a sportsman – being in a group that knows how to compete and fight like brothers.

‘We were a really strong team. We took the game to where we wanted it to be.

‘We got comfortable as the minutes passed, created chances and finally got the goals that give us a win against a really, really strong opponent.’ 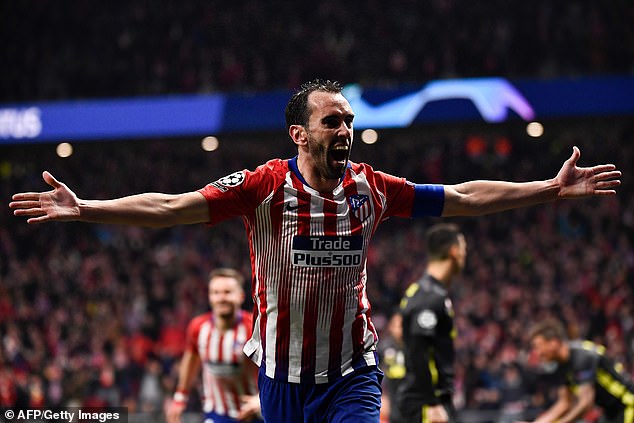 Coach Massimiliano Allegri, whose side went close to overhauling a bigger first-leg deficit against eventual champions Real Madrid last season, also insisted the tie was far from over.

‘We were not dead after the 3-0 home defeat against Madrid last season and we are not dead now,’ Allegri told UEFA.com.

‘We have to forget this defeat quickly and try to play better in Turin because against a team like Atletico you miss a pass and you are in trouble.

‘We’ll have some players back and there’s no point crying over spilt milk.

‘We got the approach wrong in the second half – it’s that simple. These things can happen.

‘It will not be easy in Turin – we will need a great game, but I remain confident.’ 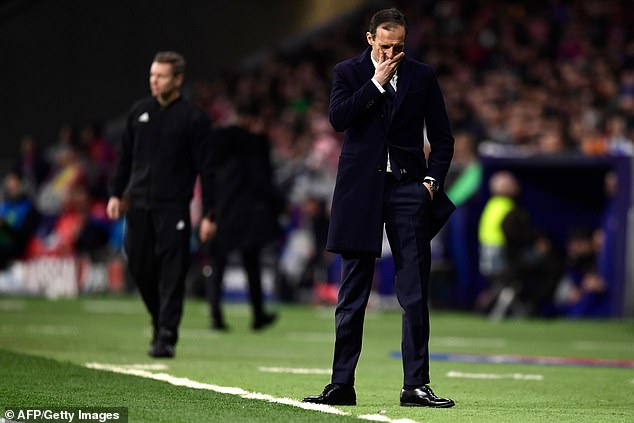