Diego Simeone has been putting his Atletico Madrid players through their paces as they gear up for a trip north to play Athletic Bilbao.

Antoine Griezmann, Juanfran and Diego Godin were all pictured undertaking drills at the team’s Cerro del Espino facility on the outskirts of Madrid on Tuesday morning.

They will be looking to follow up Sunday’s curtain-raising win over Malaga at their new stadium, the Wanda Metropolitano, as they head to San Mames on Wednesday. 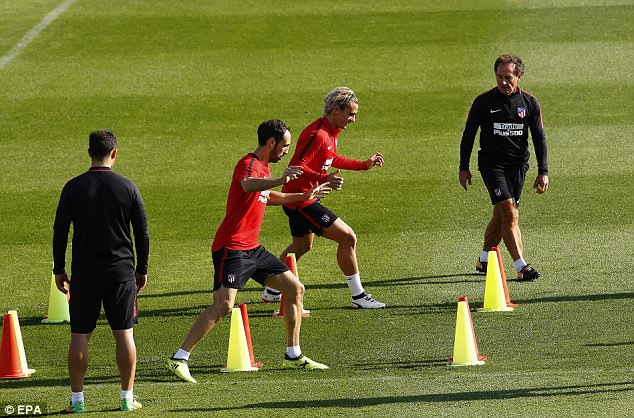 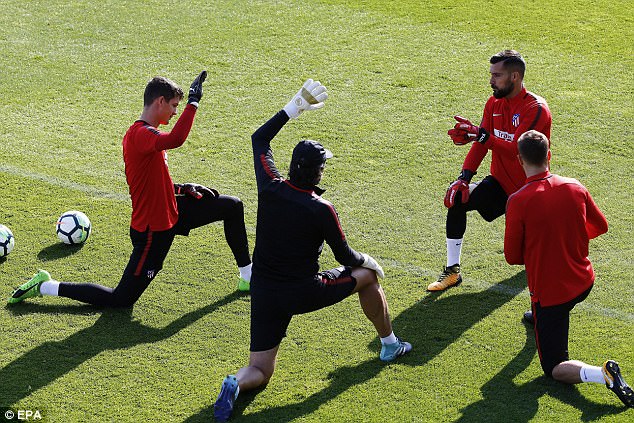 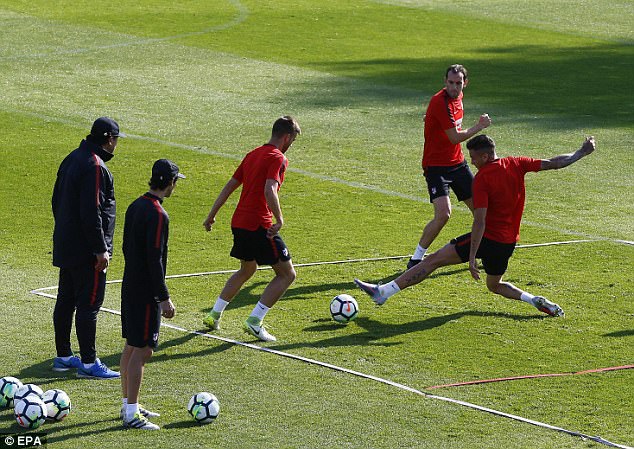 The trip comes after reports surfaced in Marca of Atleti submitting a final £57million offer for Chelsea striker Diego Costa.

The Spanish club are reportedly desperate to re-sign the forward and are prepared to pay a record fee. The potential deal would include an estimated £48m upfront with a further £9m in bonus add-ons.

It appears the striker’s behaviour has made Chelsea play hardball over his potential move back to Spain, despite boss Antonio Conte admitting his does not see Costa as a player he can trust. 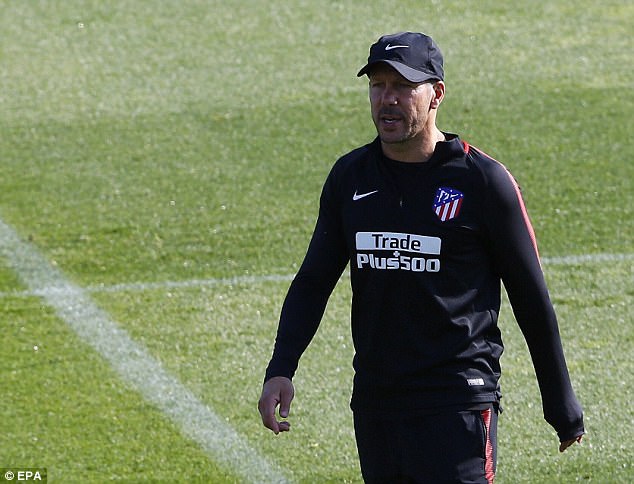 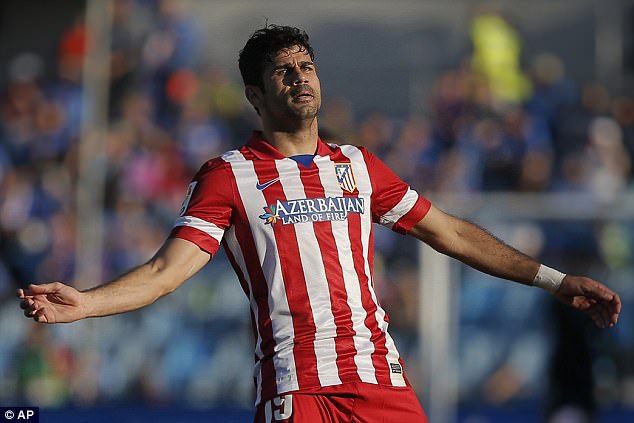 Costa has yet to return to London this season, despite failing to secure a move away from Stamford Bridge, and remains at his home in Brazil.

Atletico are unlikely to come back with an improved offer but it appears an issue with loyalty payments is holding this deal up.

However, even if the offer is accepted, Costa would not be able to play for Atleti until January with the club under a transfer embargo.