ATM at 50: An oddity, but it changed consumer behavior

An automated teller machine. The cash machine. In Britain, a cashpoint. ATMs, known for spitting out $20 bills (and imposing fees if you pick the wrong one), turn 50 years old this year. They’re ubiquitous – and possibly still a necessity, despite the big changes in how people pay for things.

It was a radical move when Barclays installed cash machines in a London suburb in 1967. The utilitarian machine gave fixed amounts of money, using special vouchers – the magnetic-striped ATM card hadn’t been invented yet.

There was no way for a customer to transfer money between accounts, and bank employees tabulated the transactions manually at the end of each day.

As the ATMs became familiar, though, they changed not only the banking industry but made people comfortable interacting with kiosks in exchange for goods. Now that means getting movie tickets and boarding passes, self-checkout at grocery stores, and online shopping that brings products to your door with a few clicks. All are based on the idea that people can handle routine transactions by themselves without a teller or cashier.

‘The ATM tapped into that innate force in people that gives gratification for doing a task on their own and it grew from there,’ said Charles Kane, a professor at the MIT Sloan School of Management.

It was a radical concept at the time. The ATM wasn’t the first self-service device – vending machines and the automat had been popular before. But those dispensed items people could hold in their hand.

Bernardo Batiz-Lazo, a business professor and ATM historian (yes, they exist!) at Bangor University in Britain, said early users of automated tellers were often checking their balances twice: once to see how much was in their account, then again after withdrawing money to see if it registered. 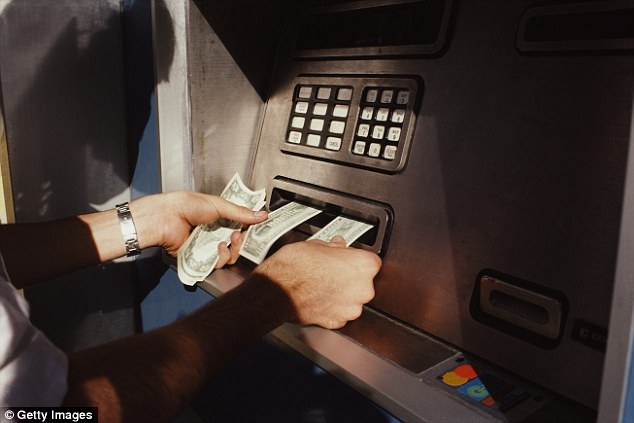 ‘They were popular, but it took a long time to slowly convince customers to learn about ATMs and use them regularly,’ Batiz-Lazo said.

For the banking industry, ATMs meant banks could be in thousands of places at once, not just in branches, and earn billions of dollars in fees from non-customers. Banks used to staff dozens of tellers at each branch to handle routine transactions, now many staffers work on other tasks, like sales or account maintenance.

Around the U.S. today are roughly 3 million cash machines, according to the ATM Industry Association. Most are actually not owned by banks, but by private companies that install them at convenience stores, restaurants and bars in hopes of grabbing customers who don’t want to find a bank branch. 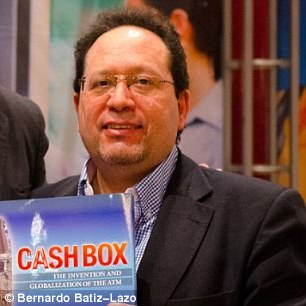 The wide acceptance of the ATMs changed the types of cash Americans typically carry in the pocketbooks. Since ATMs became more widely available in the early 1980s, the twenty-dollar bill has regularly been the second-most printed bank note each year by the Bureau of Engraving and Printing. The first place spot is held by the $1 bill.

Even as people use cash less, and credit cards or mobile payments more often, the ATM isn’t going anywhere for a while. At least, that’s what historians and – unsurprisingly – the ATM industry says. Devon Watson, vice president at Diebold Nixdorf, the world’s largest manufacturer of ATMs, says 85 percent of all transactions worldwide are still in cash.

Newer ATMs have more functions than ever. They accept check deposits, can transfer money between accounts, show an account balance, pay a credit card or mortgage payment, or even sell you stamps. NCR, another major manufacturer of ATMs, say the latest models are also designed to act more like smart devices. Kevin King of NCR says that includes ‘swipe, gesture, multi-touch.’

And future ATMs will likely start selling products as well. Have a checking account? The ATM will ask you whether you want to open a brokerage account. Much like tellers did. 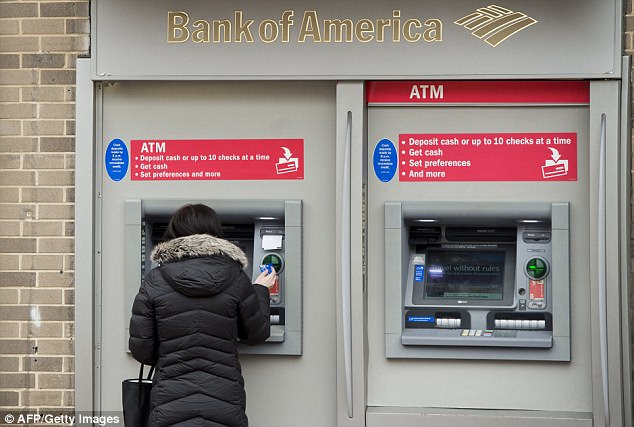