Aubrey O’Day ‘had relationship with Donald Trump Jr. for months’

Aubrey O’Day (pictured) had a sexual relationship with Donald Trump Jr. for months but it had nothing to do with his divorce, she reportedly told close friends

Aubrey O’Day had a sexual relationship with Donald Trump Jr. for months but it had nothing to do with his divorce, she reportedly told close friends.

The President’s son and the former The Celebrity Apprentice contestant’s affair reportedly began after they met on the US show in 2011.

O’Day has ‘proof’ it happened, the sources claim.

Trump told her his marriage had fallen apart and he was going to leave his wife Vanessa, who knew about the affair, sources told TMZ.

Vanessa flew into a rage after finding emails sent to O’Day by her husband, it was previously reported.

Sources claim she then rang the star and pleaded with her to end the affair.

Donald Trump eventually intervened, telling his son to end the relationship and ‘focus on his marriage to make it work’, TMZ reported.

Trump Jr. quickly broke off the alleged affair with O’Day, who is ‘devastated’ to be called a homewrecker, the sources claim.

She says she was told his marriage was already over and claims her affair did not trigger the couple’s divorce six years later, sources told TMZ.

O’Day, who reportedly did not sign a non-disclosure agreement, is said to be ‘lost’ and unwilling to come forward to tell her side of the story.

Speculation over their relationship was fueled when she posted a photograph of herself cozying up in bed with a mystery man back in 2012.

Vanessa Trump (left in 2012 with husband Trump Jr. and their children) confronted Aubrey O’Day (right) about her affair with Donald Trump Jr after discovering emails the pair had sent 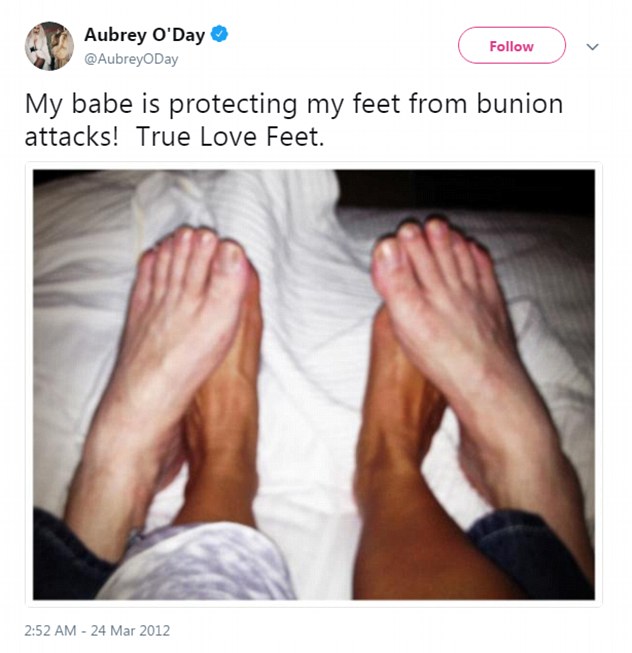 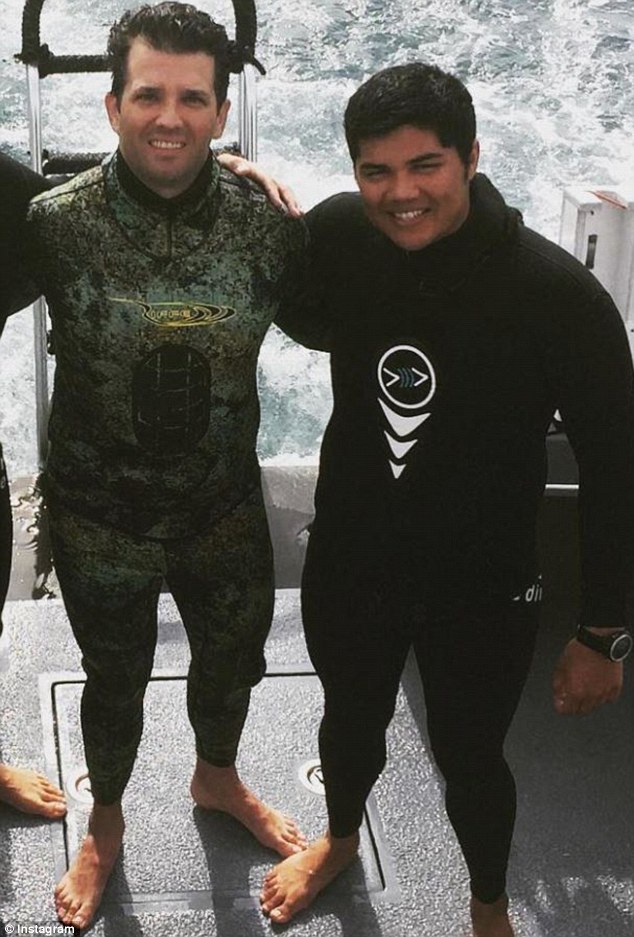 ‘My babe is protecting my feet from bunions attacks. True Love Feet,’ wrote O’Day on March 24 of that year on Twitter (Don Jr’s feet above on fishing trip, with his toes slightly flexed)