When lockdown brought an abrupt suspension to the tennis season in March, Cam Norrie had the luxury of being able to head to one of the safest places on earth.

Instead of going back to his London flat when California’s Indian Wells Masters event was cancelled, he flew to New Zealand to be with his parents.

That decision has probably contributed to him making his best progress so far at a Grand Slam event, into the third round of the US Open.

The fitness work he was able to crack on with saw him rebound impressively from the five sets it took to beat ninth seed Diego Schwartzman in the opening round.

Then he came out on top of a dour baseline battle with another Argentine, Federico Coria, late on Wednesday night and now has a real chance of further progress.

The 25-year-old southpaw, world No 76, takes on Spain’s Alejandro Davidovich Fokina on Friday, ranked 23 places below him. 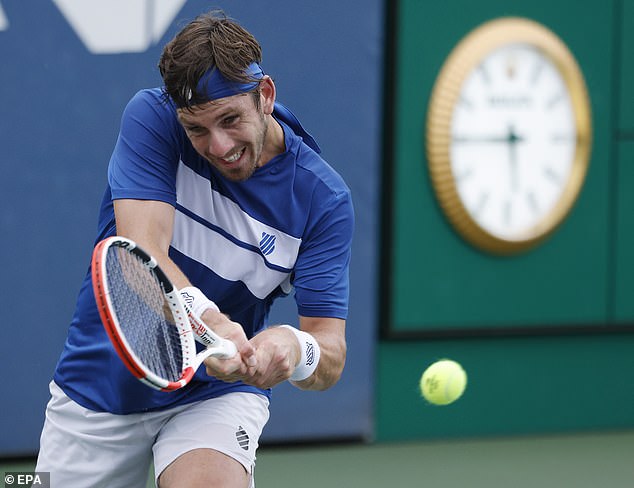 The Briton opted to train pre-Open in New Zealand, where his parents live, instead of London

Norrie is based in London but grew up largely in New Zealand, to where his Scottish father emigrated via South Africa.

A daily routine of running around Auckland’s undulating suburbs before returning to the UK for exhibition tournaments has helped get him into the best physical shape of his life.

During the Battle of the Brits events at Roehampton, Andy Murray goaded him that he had an unfair advantage on everyone else, having had fewer restrictions imposed by staying with his parents.

‘I started to practise when it was no cases in New Zealand, so maybe I got two weeks’ advantage on some of the British guys and Andy was just nitpicking a little bit,’ said Norrie. 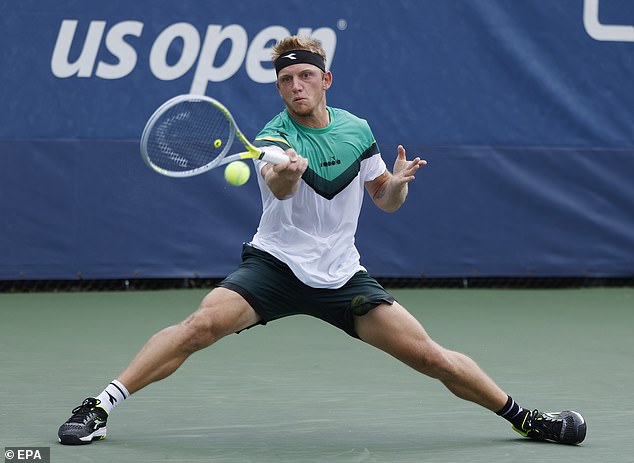 ‘I ran a lot and was doing these 10k runs which I was posting on Strava in competition with some of my friends.

‘I was always decent at cross-country when I was at school. It has helped knowing I’ve kept that fitness up and have the legs in me when I’m playing. I would have a quick swim at the beach near where I live, so I had a nice little routine going in lockdown.’