Banished Wallabies star Israel Folau has unwittingly donated to a queer and gender diverse youth charity because of fast thinking from staff at an Auckland restaurant.

The payment for Folau and his wife Maria’s meal at central city vegan eatery Gorilla Kitchen was donated to LGBTQ group Rainbow Youth, the restaurant revealed.

In a social media post, Gorilla Kitchen said its action was in response to Folau’s outspoken homophobic stance that resulted in his contract with Rugby Australia being terminated this year. 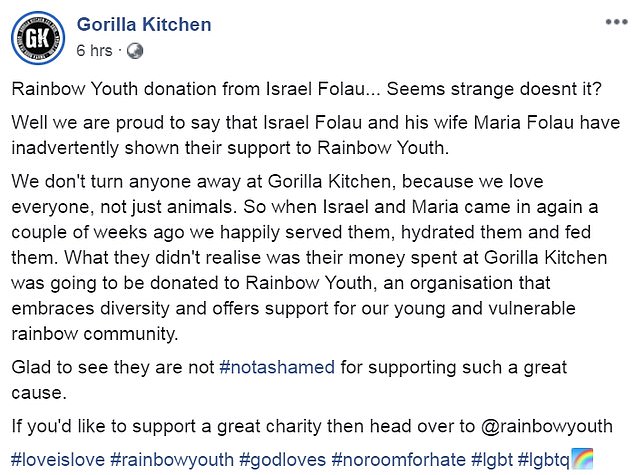 Gorilla Kitchen, in Auckland, revealed on Facebook (pictured) on Thursday that the couple had ‘inadvertently shown their support to Rainbow Youth’

“Rainbow Youth donation from Israel Folau … Seems strange doesn’t it?” was the opening line of a Facebook post revealing the pair had dined there this month.

“What they didn’t realise was their money spent at Gorilla Kitchen was going to be donated to Rainbow Youth, an organisation that embraces diversity and offers support for our young and vulnerable rainbow community.

“Glad to see they are not #notashamed for supporting such a great cause.”

The restaurant, which is owned and operated by a lesbian family, was praised for its actions online.

In response to one post, Gorilla Kitchen explained it hadn’t asked Folau to leave because it believed it could make a more positive point by serving him.

‘Speaks volumes really, unlike Folau, you are not judgmental and you treat people with humanity, had he known his money was supporting rainbow youth he probably would’ve choked,’ another commented.

Another said the move was funny but expressed concern about how other LGBT patrons might have felt. 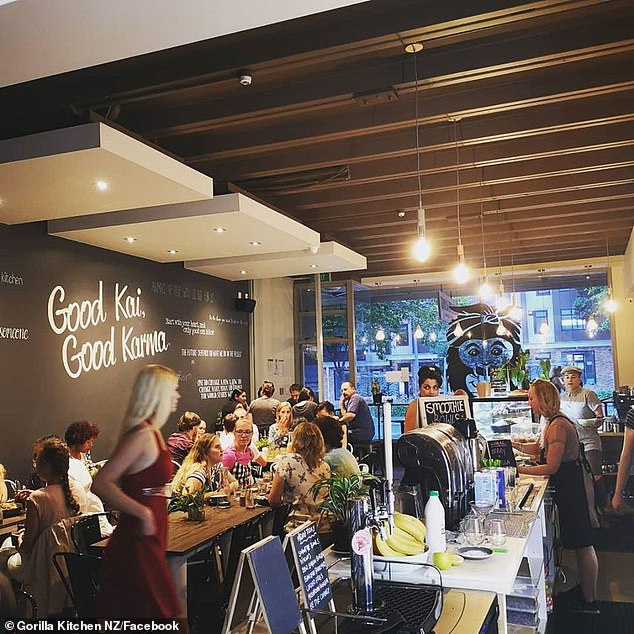 ‘We don’t turn anyone away at Gorilla Kitchen, because we love everyone, not just animals,’ the social media post started 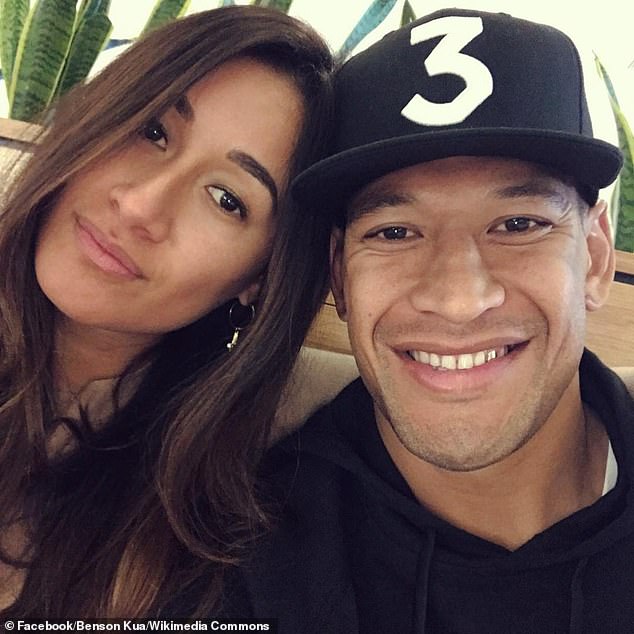 The restaurant responded they had considered asking him to leave.

Earlier this weak leaked video footage showed Folau suggesting the legalisation of  same-sex marriage and abortion were to blame for Australia’s bushfire crisis.

The devout Christian, who had his $4million Rugby Australia contract torn up over homophobic social media posts, was filmed on Sunday delivering his latest sermon at the Church of Jesus Christ in Kenthurst, Sydney’s north-west. 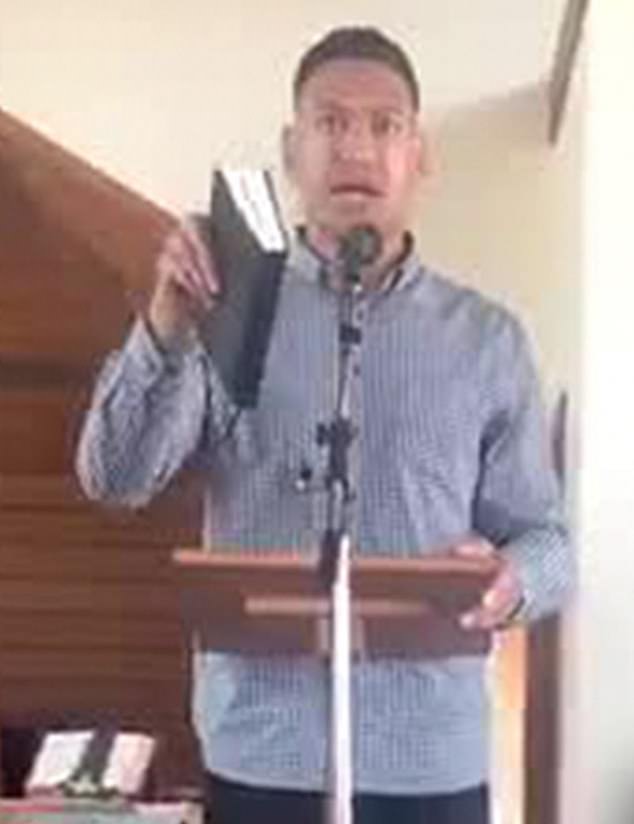