Audrey Hepburn’s script for the iconic film Breakfast at Tiffany’s fetched more than £632,000 when it went under the hammer – a record-breaking amount for a script sold at auction.

It was one of more than 200 of the late film star’s personal treasures to go on sale at London auction house Christie’s, raising more than £4 million in total.

As well as the 1961 film script, which featured her handwritten notes and deleted scenes, Hepburn’s working script from the 1963 Warner Brothers production of My Fair Lady was also sold, fetching £206,250.

Audrey Hepburn’s personal copy of the script for the film Breakfast at Tiffany’s has fetched more than £632,000 at auction

An engraved Tiffany and Co bangle, gifted to Hepburn by director Steven Spielberg, was bought for £332,750.

But it was the style icon’s much-coveted blue satin sleep mask with blue lace-trimmed flowers which attracted the most attention.

With the highest number of bidders for any lot, it sold for £6,250 – 50 times its pre-sale estimate.

Meanwhile, her three-quarter length Burberry trench coat, lined in iconic Burberry plaid, and her two-piece Givenchy cocktail gown of black satin, made for her 1963 film Charade, both fetched nearly £70,000. 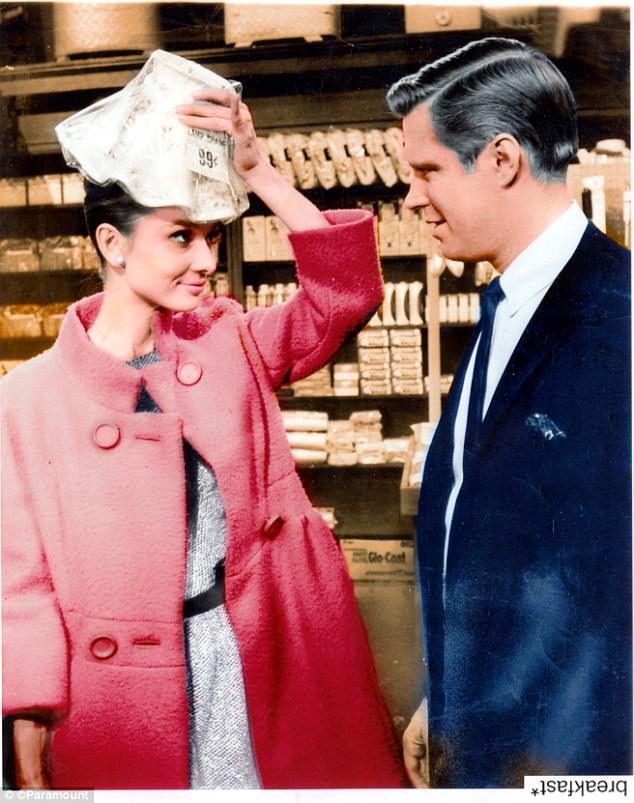 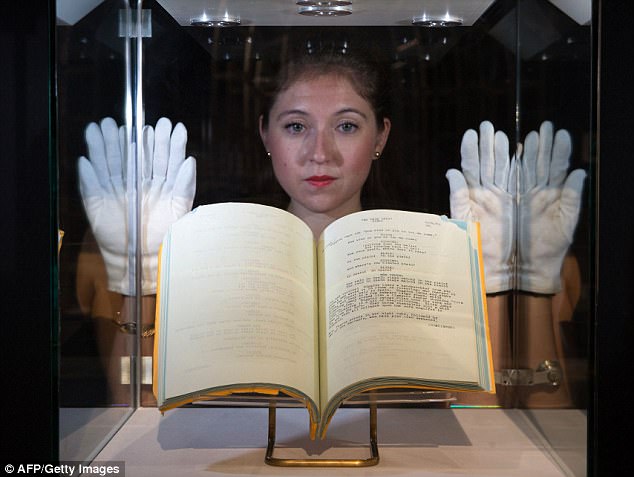 An employee poses in front of the My Fair Lady, 1964, working script with a reserve price of £30,000 – £50,000 during a preview of Audrey Hepburn’s personal collection at Christie’s auction house in central London 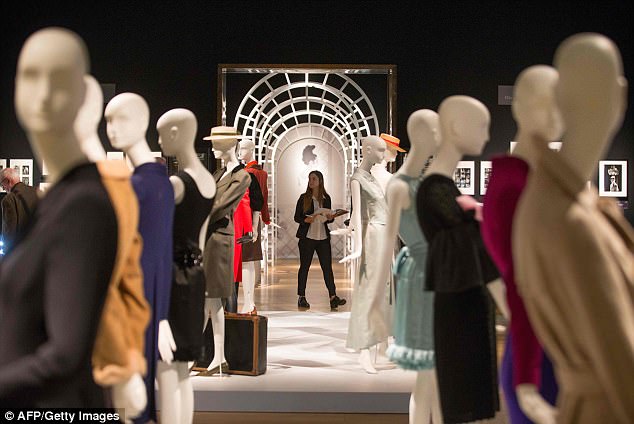 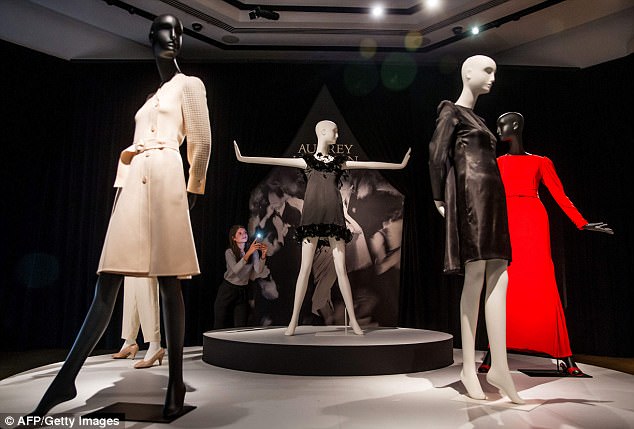 An employee poses in front of a black satin cocktail gown adorned with feathers by Givenchy Couture, with a reserve price of £50,000 – £80,000 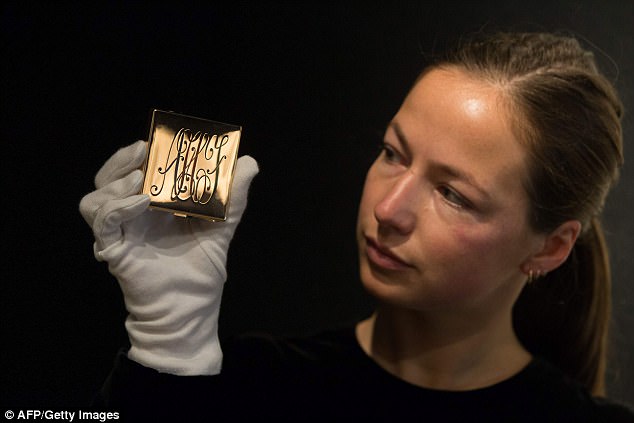 More than 12,000 people visited the public exhibition of the collection ahead of the sale, while the live auction itself drew bidders from 46 countries across six continents.

An online sale, featuring a further 227 lots, is currently open for bidding.

‘We have been utterly delighted with the overwhelming response to the personal collection of Audrey Hepburn,’ said Adrian Hume-Sayer, head of sale and director of private collections at Christie’s.

‘She is one of the greatest icons in the history of film and the incredible result so far … is a testament to her enduring appeal.’

More of the actress’s clothes, shoes and jewellery form part of the online auction, as well as a preliminary script for the 1951 play Gigi and several publicity photographs. 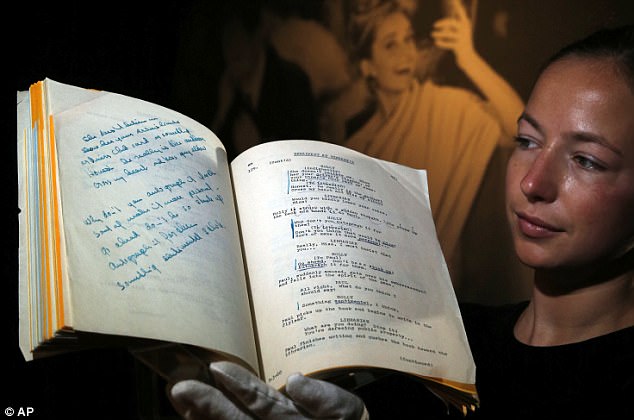 More than 12,000 people visited the public exhibition. Pictured: A script for the film ‘Breakfast at Tiffany’s’ owned by the iconic actress Audrey Hepburn

Luca Dotti right, and Sean Hepburn-Ferrer, sons of the iconic actress Audrey Hepburn, stand by some of their mother’s possessions at Christie’s auction house in London 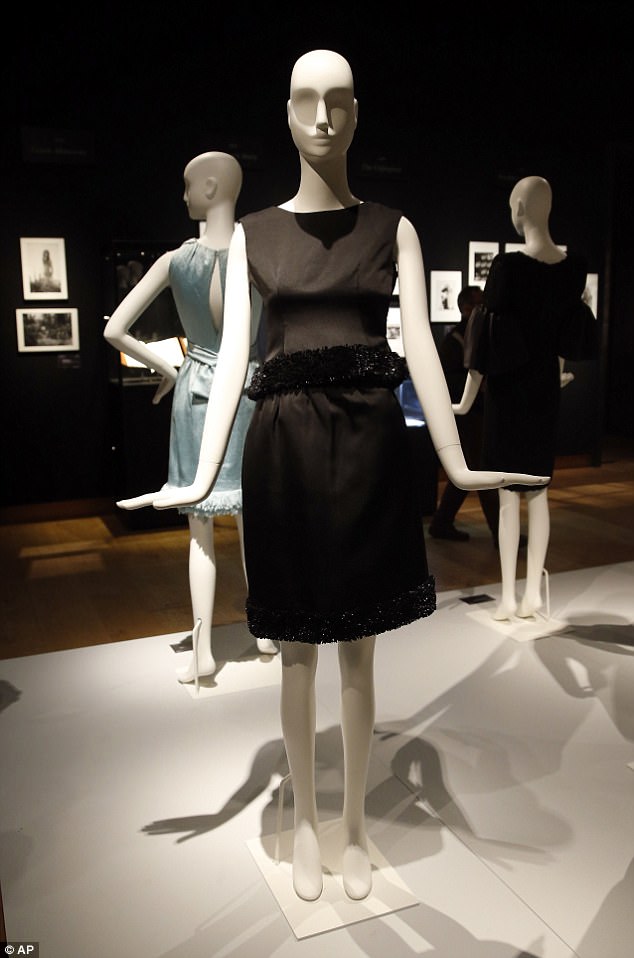