Aurelien Tchouameni, Kingsley Coman and Randal Kolo Muani, who all featured in the final, were subjected to vile messages on their accounts, as reported by The Athletic.

Tchouameni and Coman missed penalties in the shootout, while Kolo Muani missed a chance to win the game in extra-time.

The trio received messages that included banana and monkey emojis.

Meta, which owns Instagram, Facebook and WhatsApp, condemned the abusive posts and said that the messages have been removed.

A spokesperson for Meta said: ‘We don’t want racist abuse on Instagram, and we’ve removed the disgusting comments for breaking our rules.

‘We also want to help protect people from having to see this abuse in the first place, which is why we’ve developed Hidden Words, a feature that filters offensive comments and DMs, and Limits, which hides comments and DMs from people who don’t follow you, or only followed you recently. 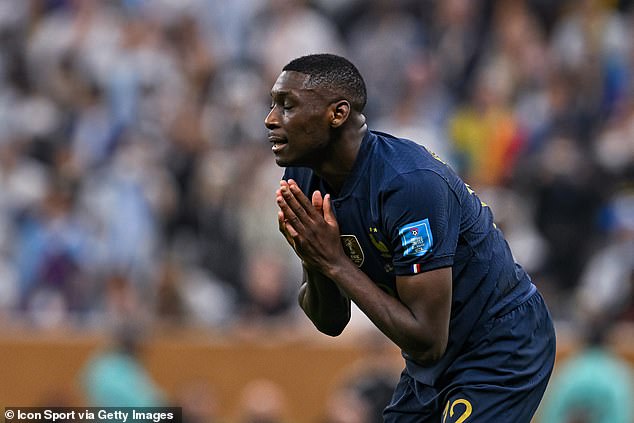 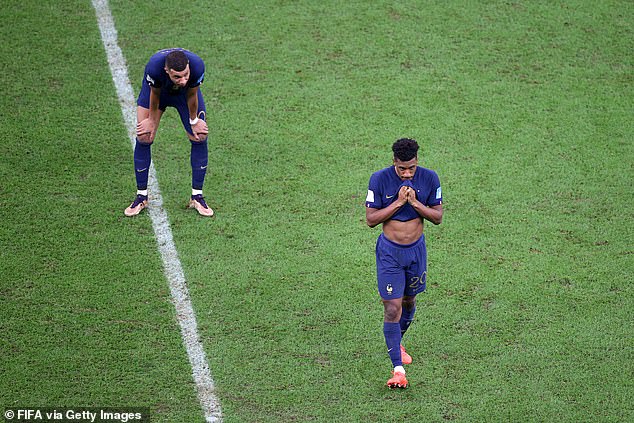 ‘We’re in touch with players and their teams directly, including since yesterday’s final, to offer them support and help them turn on these tools.’

Real Madrid’s Tchouameni has limited comments on his Instagram posts. Kolo Muani of Eintracht Frankfurt has turned them off. Coman, of Bayern Munich, is still accepting comments.

The abuse received by the French players is similar to what occurred following England’s loss to Italy on penalties in the final of Euro 2020 last year.