Could YOU tell whether a shot was out on this mess of a tennis court? Aussie fans blow up over ‘massively confusing’ surface used for tournament

Parents of up-and-coming Aussie tennis stars have lashed out at the use of extremely confusing multi-purpose courts for junior tournaments in a series of angry Facebook posts.

A woman told the Australian Tennis Community group she was shocked to discover that four courts at a Brisbane competition she attended were covered in multiple line markings that resulted in frustration for the players.

The surfaces are designed to be used for several sports, such as tennis, basketball, netball and volleyball.

‘Massive confusion for the kids who as per normal do their own line calls during matches, thus causing a lot of very frustrated kids on the day,’ she wrote.

The Brisbane court that drew the complaints features line markings for tennis, netball and other sports – creating a puzzling mess for kids who have to make their own line calls 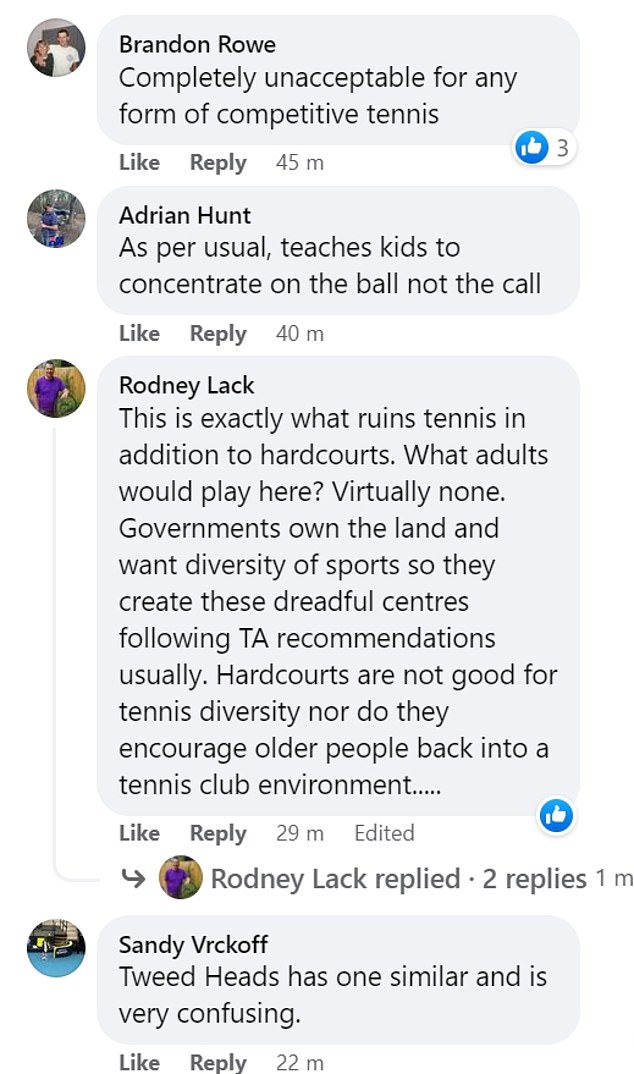 ‘My question – why would these courts be allowed to be used during competition play? Surely it is obvious that calls and play itself would become stressful for the kids? Is this normal practice for Jnr comps?’

Her post drew a range of angry and incredulous responses, one of which led the woman to explain she raised the matter with a Tennis Australia representative who was at the tournament. 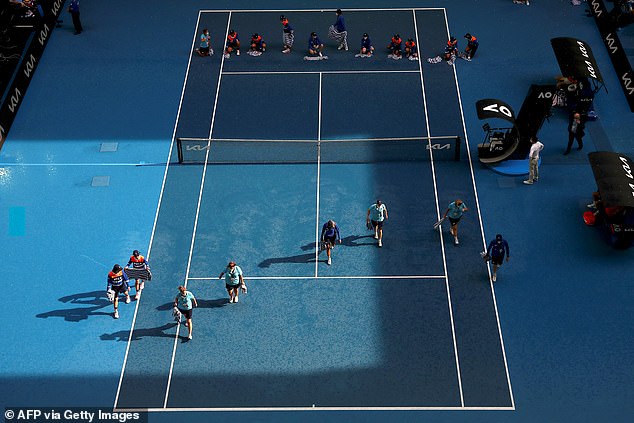 The Brisbane court is a far cry from the simple, one-purpose surface used by professionals (pictured, centre court being cleaned at this year’s Australian Open)

‘Don’t forget the big posts at the end that the kids kept running into,’ wrote Khodr Baki. ‘My son had to play a match on those courts today as well and he was extremely frustrated.’

However, some people saw a different side to the problem.

‘As per usual, teaches kids to concentrate on the ball, not the call,’ Adrian Hunt wrote.

‘A lot of kids play on those courts every Saturday, it’s part of the process of moving up the tennis ladder,’ Mike Hock reckoned.