An Aussie man has trolled Americans after footage of a young child holding a kangaroo’s tail whilst running down the street left foreigners stunned.

An amused onlooker filmed a young child running down a suburban street in Alice Springs holding the tail of a kangaroo.

Captioned ‘only in Alice Springs’, the hilarious footage left viewers amazed with one Aussie joking not to ‘reveal our secret’.

Another TikTok user then trolled confused foreigners by telling them that Australians have their own kangaroos that even ‘take us to school’.

The man introduced himself as a ‘guy from Australia’.

‘To all our American friends, yes we do have our own kangaroos.’

He joked a kangaroo takes kids ‘to school’ when they’re ‘big enough’.

‘This is how we walk our kangaroos here in Australia,’ he said.

‘We don’t put dog collars on them because it hinders their jumping ability.’

‘So you hold them by the tail, and it’s quite easy to steer a kangaroo by the tail as well.’

The man finished video by cheekily adding, ‘the more you know’. 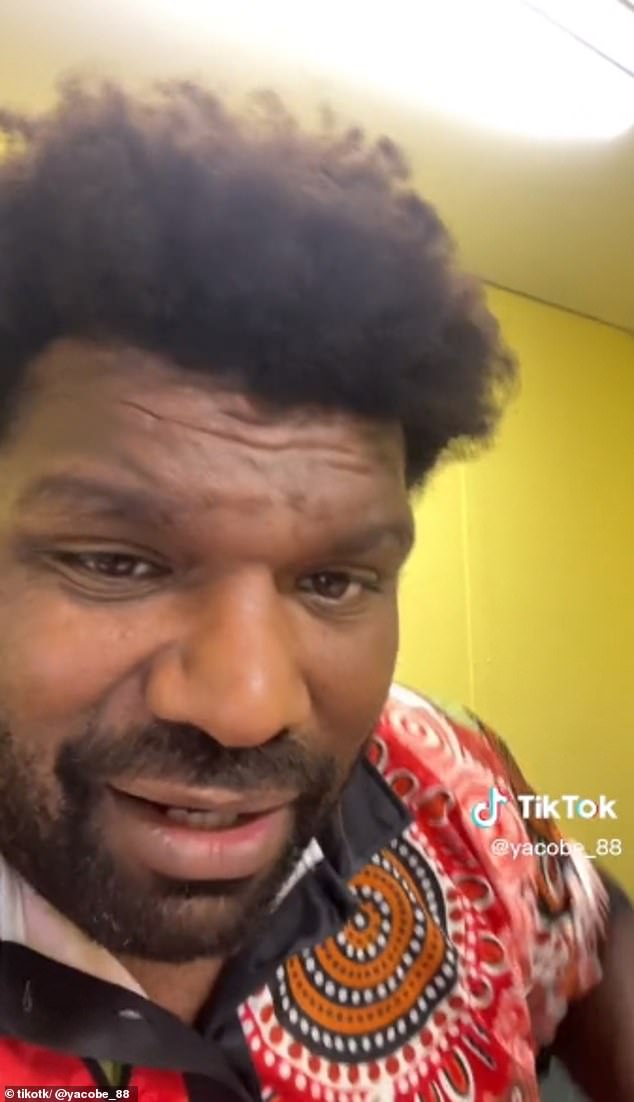 The Aussie man (pictured) trolled Americans in his viral video, joking Australian’s have their ‘own kangaroos’ that help get kids to school

One viewer issued a cheeky warning to tourists to ‘not expect’ a kangaroo to be waiting for them at the airport: ‘You have to book well in advance! Ask your travel agent to help with it.’

Another backed up the man’s joke, saying as an ‘American living in Australia… this is ‘100 per cent true’ and they ‘love embracing the culture’.

The most popular comment coined the kangaroo transport as an ‘Uberoo’, joking they were ‘for hire’.

Red kangaroos are native to Australia and are internationally recognised as an Australian icon.

Growing up to 1.4 metres tall and weighing up to 92kg, the red kangaroo is the largest mammal in the world.

It thrives in the desert environment of Alice Springs and is found throughout most of Australia.