Aussie tennis legend Todd Woodbridge has a classy response after troll hit him with a VILE message about his Australian Open commentary: ‘This is unacceptable’

Aussie star turned tennis commentator Todd Woodbridge has hit back after a troll said it was a shame he didn’t die of the heart attack he suffered in October last year.

Woodbridge posted the Instagram message he received on Wednesday night and commented: ‘Unfortunately Matt didn’t like my commentary alongside Jim Courier but this sort of behaviour is unacceptable and needs to be called out.’

The troll’s poorly written message read: ‘Just a old has been trying to stay in the lime light! Shame they heart attack didn’t end you.’ 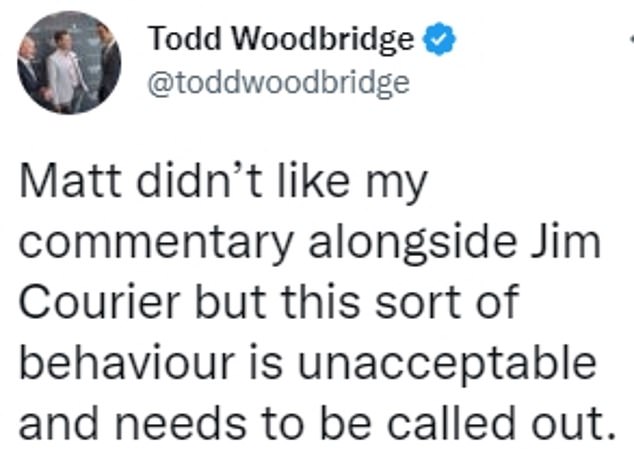 The former world No.19 showed amazing restraint as he lashed out at the ‘disgusting and disgraceful’ comment 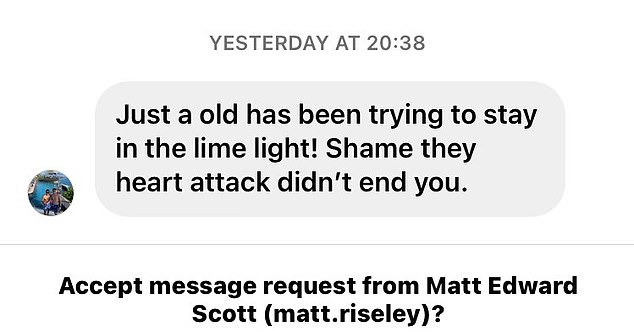 The former world No.19 received plenty of support for his classy response to the vile insult.

His Channel Nine co-commentator Jelena Dokic wrote: ‘Good on you for calling it out. We are all behind you.’

‘Well said Todd. Don’t need to put up with that rubbish,’ wrote a fan. 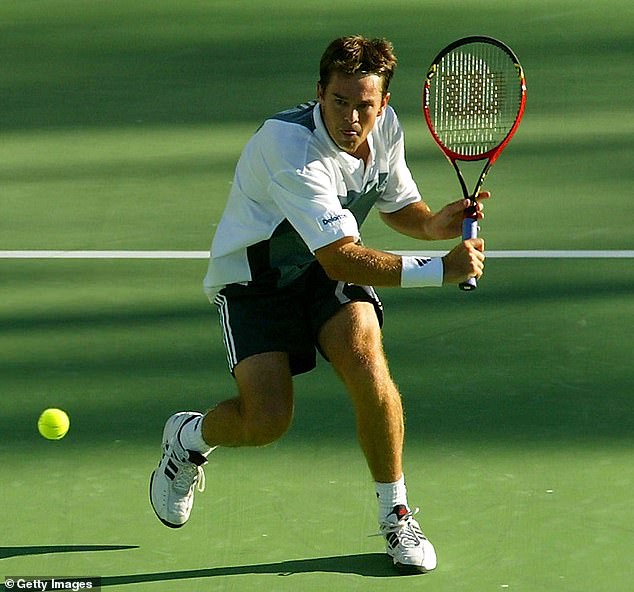 ‘Well done @toddwoodbridge for being so restrained and dignified. Your services to tennis globally continue to be exemplary,’ wrote John Marionopoulos.

He described his heart attack as a ‘wake-up call’ despite being fit and healthy when it struck.

‘I consider (I) lead a pretty good fit healthy lifestyle – I keep active, I eat well, I do all the right things, I enjoy doing that.