Australians have shared their amazement at the ‘unbelievable’ prices on a pub lunch menu from 50 years ago.

The vintage menu from 1972  is said to be from the long-gone High Road Tavern in the southern Perth suburb of Riverton and has only one item costing more than $1.

The pub sign was posted to popular Facebook group Old Shops Australia showing the meals on offer including a pie for 12 cents, sardines on toast for 30 cents and a porterhouse steak for 80 cents.

Takeaway fish and chips or a barbecue chicken were the only two items on the menu that cost more than $1 at $1.65.

The sign also stated orders would only be taken from noon to 1:45pm and 5pm to 7pm and customers would have to wait 10 minutes for their food.

Dozens of nostalgic group members were delighted to see the retro food selection and prices.

‘And not a $14 smashed avocado on toast in sight!’ one pointed out.

‘Nothing better than a pub mixed grill,’ wrote a second.

‘Lamb chops for 50 cents, awesome. And you don’t see sardines on any menu now,’ a third commented.

However not all were fans of the cuisine with one woman saying: ‘Might have been cheap but how dull and boring!’.

One item that confused members was the ‘Rossmoyne Remembered’ which was free or 50 cents with a salad or vegetables.

‘What is Rossmoyne Remembered? Can’t be good if they are giving it away,’ someone asked. 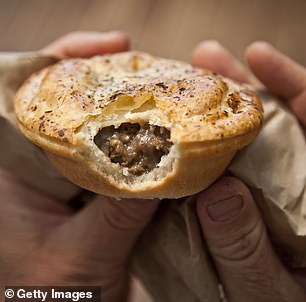 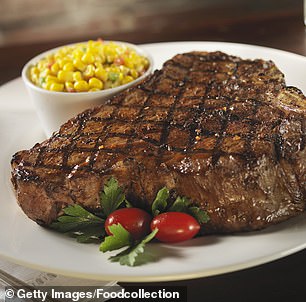 The pub sign was posted to Facebook group Old Shops Australia showing meals on offer including pie for 12 cents, sardines on toast for 30 cents and a porterhouse steak for 80 cents

‘I asked all the old folks at the retirement home I live at and none of them had any idea at all. None remembered ever hearing the expression. Nothing on Google either,’ one user replied.

‘I think it’s a sauce that’s free as an extra and the next line is a extra,’ a third guessed.

Others said the old image was a telling sign of how much inflation has affected wages and the cost of living over the past few decades.

‘My Dad earned $10K per year back then so it was still very much amazing prices compared to now,’ one woman said

‘Imagine being on today’s wages living in the 70s, I’d be a GOD,’ joked a second.