Australians are sharing the petty fights they had with an ex that caused them to end the relationship including a spat over fridge magnets and a troublesome mother-in-law.

Kyle and Jackie O put the question out to listeners on their top breakfast radio show show after seeing a story about a couple who broke up over a minor disagreement during a holiday in Paris – a scenario one host personally related to.

In an article in the Huffington Post, a woman said she was in Paris with her husband who had poorly planned a day of sightseeing when as she wanted to spend some time in a café and relax.

‘She was walking behind him and just thought you know what I’m ending this – she thought, I don’t want to sight-see so therefore our marriage is over,’ Jackie O paraphrased.

‘I remember when we were in Paris, Lee and I, had a big fight at a café, we were going there to have dinner… and it was over the dumbest thing,’ she said speaking about her ex-husband who she divorced in 2018.

Jackie said only wanted to order a croissant but her then-husband was ’embarrassed’ about asking for the pastry for dinner.

‘He was going to be embarrassed that I would order a croissant for dinner because they would look at me like a dumb tourist.’ 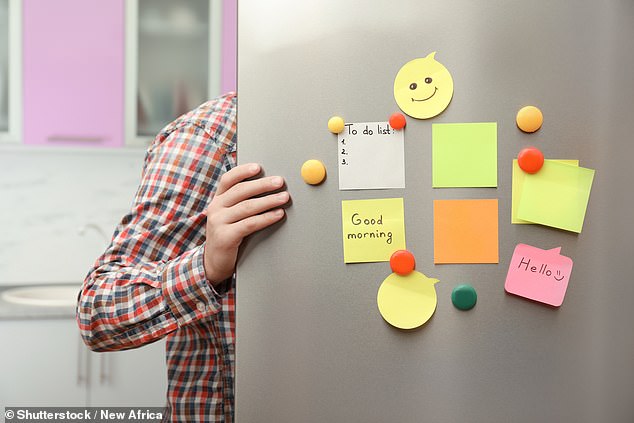 Belinda, who had been with her husband for 21 years, got a divorce following a fight over who had moved his fridge magnets: ‘What a carry on over fridge magnets!’

Other ridiculous reasons couples have given for flash break ups

‘It was too hard to park by her apartment.’

‘Ex told me she broke up with her first boyfriend because she didn’t feel like shopping for his birthday gift. Then broke up with me two weeks before mine…’

‘She scraped her teeth on her utensils when she ate. I just couldn’t.’

‘She said I ate ‘poor people food’. I am poor. What do you expect, steak and lobster every night?’

‘I love cooking especially breakfast foods. She did not like eggs. I’m like can I really spend the rest of my life with some one who won’t be eating eggs with me on weekend mornings when we’re old? No. I could not.’

‘He talked with a really posh accent and called his mum ‘mummy’. It grated on me so bad after a couple of weeks.’

‘He got a haircut. It looked so bad I realised I wasn’t actually attracted to him and just liked the attention.’

The hosts then opened up the phone lines for others to call in about the ‘petty’ arguments they had with their spouse that lead to the relationship ending.

Belinda, who had been with her husband for 21 years, got a divorce following a fight about fridge magnets.

‘I was sitting in the lounge room on my iPad minding my own business, my husband was in the kitchen and all of a sudden, I hear banging and I hear ‘who is the effing moron who moved my fridge magnets?’,’ she said.

Belinda realised her young daughter had moved the magnets on the fridge but took the blame herself which caused her husband to explode.

‘After five minutes of ranting and raving about fridge magnets I thought nah – what a carry on over fridge magnets,’ she laughed.

Skye, from Campbelltown, New South Wales, ended a ten year relationship because of a meddlesome mother-in-law.

‘His mum just wouldn’t respect our boundaries, she just kept turning up to the house all the time and I just ended up telling her to stop coming over to basically eff off and that was it – he stuck up for her and not me,’ she said. 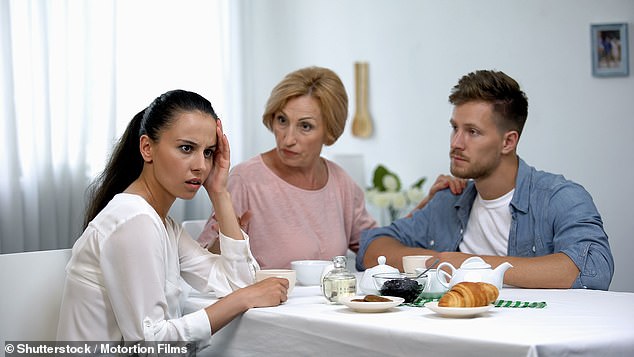 Skye said her mother-in-law ‘wouldn’t respect their boundaries’ and when she confronted her, her husband sided with his mum

‘I am so happy – I haven’t dealt with her for six months.’

Five years into her relationship, Kia said a ‘pretentious’ comment about bacon from her boyfriend caused the pair to go separate ways.

‘He wanted a Caesar salad for dinner, we headed to the supermarket and I said ok what do you want in the Caesar salad any other ingredients?,’ she explained.

Have you ever ended a relationship over a ‘petty’ fight?

‘He says ‘don’t get bacon, get pancetta because we’re not poor, we’re not from Campbelltown lets have pancetta’ – I don’t even think we ended up having dinner that night.’

Jenny from Mossvale said her ex-husband, who was reckless with money, would force her to write a strict budget for household expenses then throw a temper when she wouldn’t do it to his liking.

‘All throughout the relationship he would spend the money so he would go on sites like the racing sites, and all these other fast quick schemes for money and used to say to me ‘write a budget, write a budget’,’ she said.

‘I used to write like these budgets and every time he would go off his brain because I didn’t do the budget right.’

John said his mum ended her 37-year marriage to her dad because he was adamantly against installing the National Broadband Network at their house.

‘The day the bloke came out to put it on – she left when he carried on and wouldn’t let the bloke put it on so she said bugger you, I’m outta here,’ he said.

The hosts asked why his dad didn’t want the NBN at his country NSW homes to which John replied: ‘He’s just a scrooge! He couldn’t even work a mobile phone let alone the internet’.