The body of Austin bomber Mark Conditt has been released to his family as a vigil was held for his youngest victim.

At a vigil for Draylen Mason, the orchestra in which he played performed his favorite songs, while friends and teachers danced in his honor and told stories of his compassion and wit.

Every time I report about Draylen Mason, I learn about another impressive talent he had. Tonight, we learned he loved to dance. (And was great at it!!) So at his vigil, students and teachers are dancing in memory of him. pic.twitter.com/KA5PugoJNb 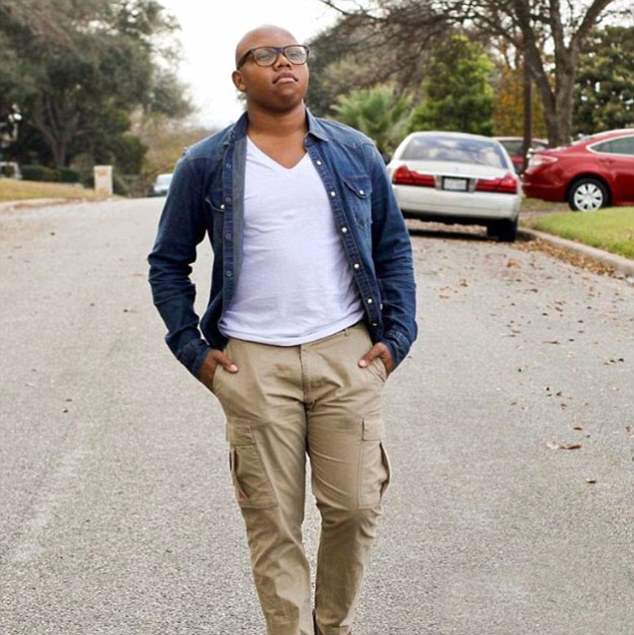 Friends, classmates and teachers danced and told stories about him while his orchestra played his favorite songs 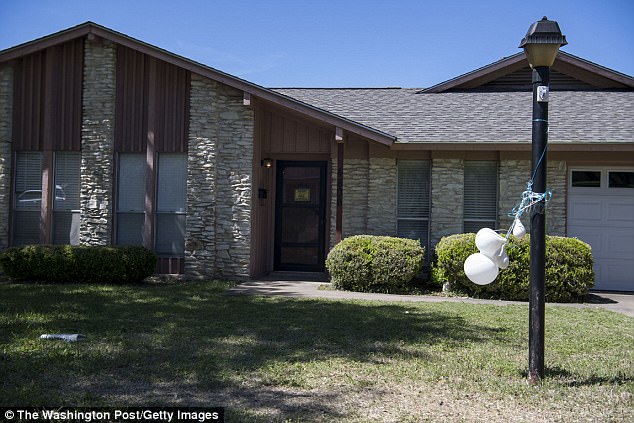 While balloons tied to a lamppost outside Draylen’s house, where he was killed by bomb sent left Mark Conditt

He died after detonating an explosive device early as a SWAT team officers ran toward the 23-year-old’s vehicle to arrest him in an Austin suburb.

Williamson County spokeswoman said his body has now been release to his family, the Austin American – Statesman reported. 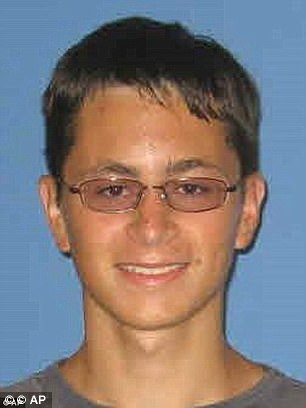 Draylen’s mother was also seriously injured when a package exploded in their kitchen.

The high school student and talented musician and had already been accepted to Oberlin Conservatory of Music.

At East Austin College Prep’s MLK campus, hundreds of classmates, friends and community members crowded in the auditorium to pay tribute to him, with many in the audience holding candles.

The Austin Soundwaves, the school orchestra group Draylen was a member of, played his favorite songs in his honor, with a teacher taking his place as the only bass player.

‘We have all agreed that every note we play it would be for him,’ friend Fatima Cisneros-Acevedo told KXAN.

‘So even if we do cry and we can’t read the notes on the sheet music anymore, we’ll keep playing and we’ll all act like we’re Draylen.’

Around 12.01am March 20: One man is injured in a FedEx facility in San Antonio when a package ‘containing nails and pieces of metal’ bound for Austin explodes. Wounded employee is taken to hospital with minor injuries.

6.19am March 20: Bomb squad responds to a FedEx sorting facility at 4117 McKinney Falls Parkway. An unexploded package bomb is secured. Police confirm it is connected.

Classmates and teachers also danced in his memory and told stories about him, including from when he went to Thailand, to help build an orphanage.

‘Just to remember him for being this intelligent, enthusiastic incredibly funny guy,’ one of his close friends, Jazmin Lopez said.

‘I know it’s a very difficult time for my friends and his family, but I just want everybody to keep celebrating him and honoring him.’

Orchestra classmate Lucerito Gonzalez added: ‘He wanted to impact peoples lives, and I feel like he has impacted peoples lives throughout his story.’

After detonating the first round of bombs, Conditt then rigged an explosive to a tripwire along a public trail, injuring two young men who crossed it.

Finally, he sent two parcels with bombs via FedEx, one of which exploded and injured a worker at a distribution center near San Antonio.

Eddie Harp, a spokesman for Conditt’s family, said earlier this week, a decision about final arrangements had not yet been made.

Harp also said that he was ‘pretty sure’ any services to be held would not be open to the public.

The authorities have released more information on the recorded confession Conditt left before he blew himself up.

In it, he called himself a ‘psychopath’ in a recorded confession and said he felt no remorse for deadly explosions that killed two people and terrorized the city, a US congressman said Saturday.

Investigators are still looking into what motivated 23-year-old Conditt, but the recording he left on his cell phone shows that he was a ‘sick individual,’ US Rep. Michael McCaul said.