Pubs, cafes and restaurants reopened across two Australian states on Friday as the country’s coronavirus lockdown eased further – albeit with safety precautions still in place.

Eateries and coffee houses in the most populous state of New South Wales – which includes Sydney – opened their doors early to punters, though were only allowed to let ten people at a time inside with social distancing in place.

Pubs followed later, though with the same restrictions including the caveat that those wishing to order a drink must also order food. The measures prompted many to keep their doors shut.

Over in the Northern Territory, which includes the city of Darwin, pubs were also allowed to reopen with no capacity limits – though punters must still order food with their drinks and social distancing must be maintained. 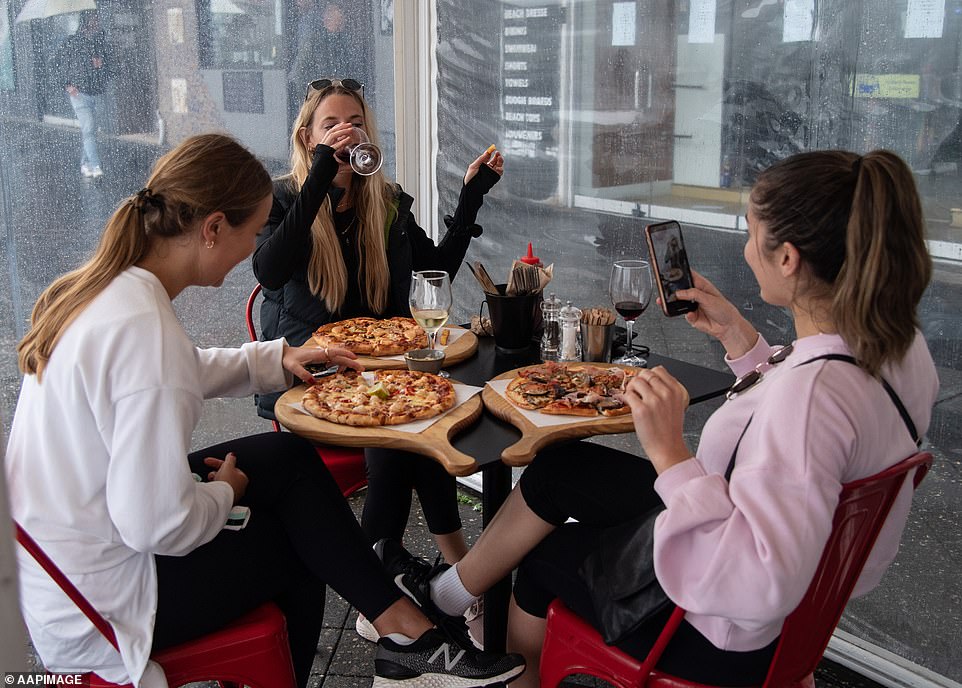 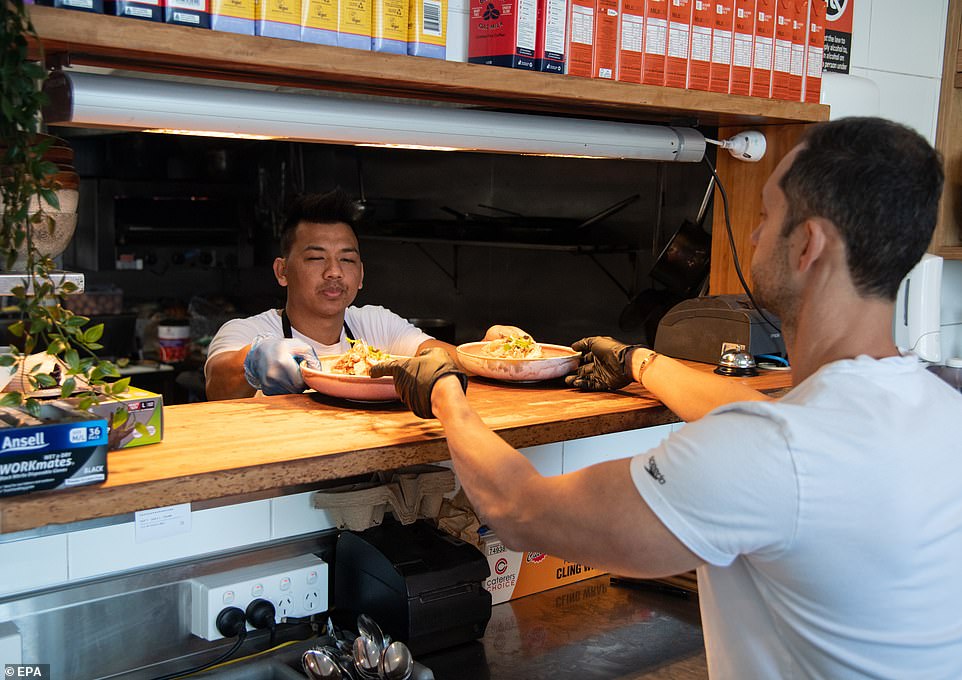 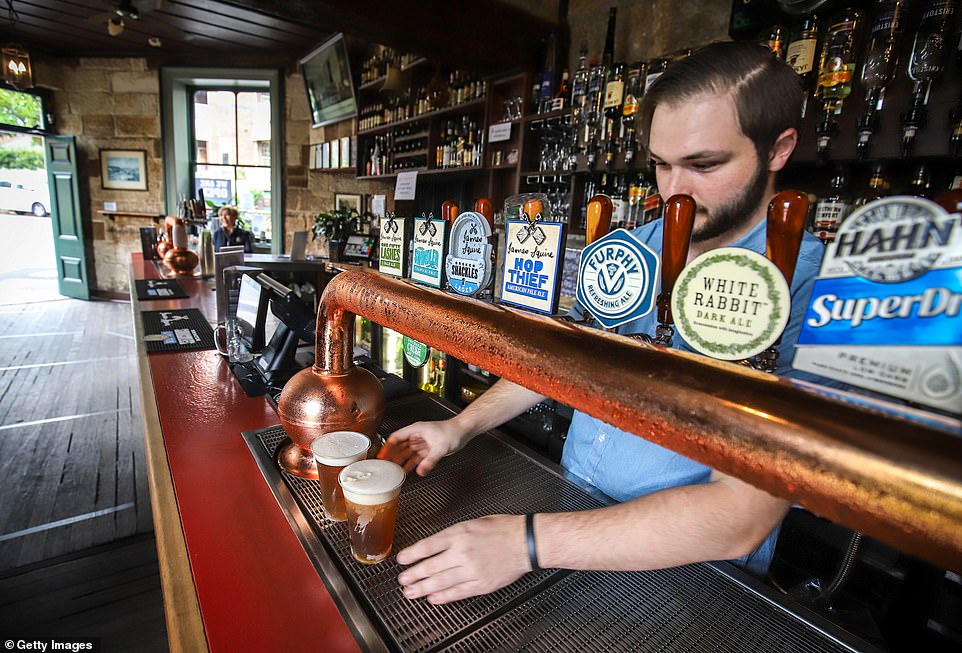 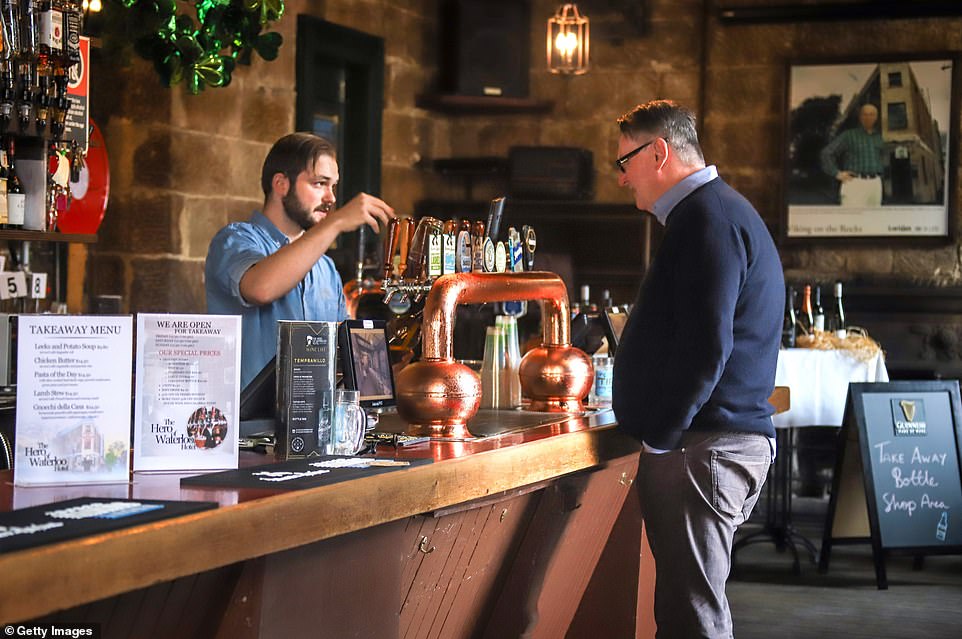 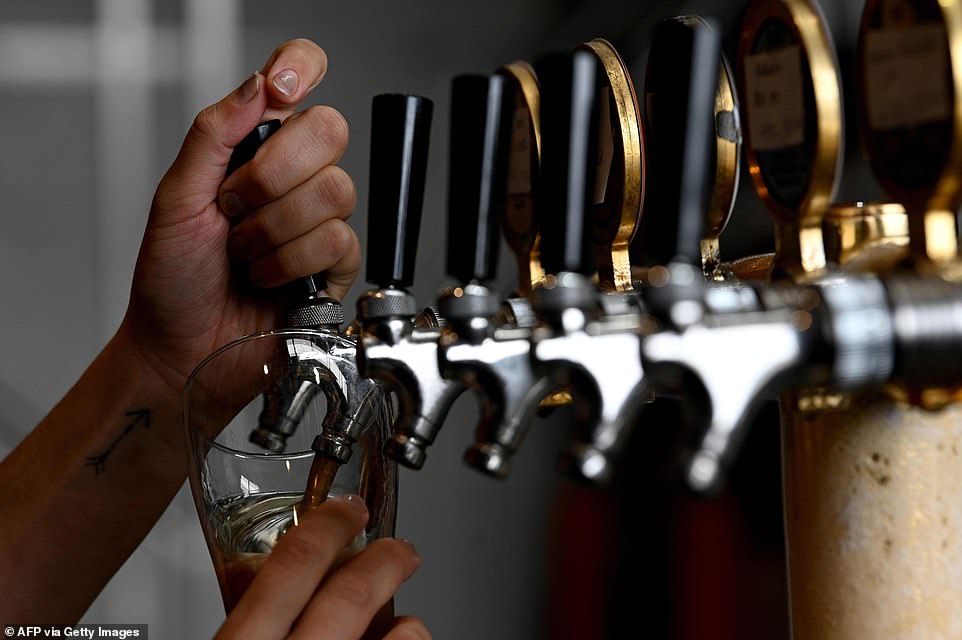 People also took to parks and beaches in New South Wales to exercise in groups of up to 10 people, which had previously been banned.

Australia has confirmed just 7,019 cases of the virus and 98 deaths, with only a handful of new cases each day. Several states – including Southern Australia and the Australian Capital Territory – have zero active cases.

Places of worship were also allowed to reopen in New South Wales, provided they keep congregations to a maximum of 10 people.

Many Catholic churches across the state opened for private prayer, confession and small-scale masses.

‘The celebration of mass is the highest form of Catholic worship and to not be able to physically gather these past two months has been very difficult for Catholics,’ Sydney’s Archbishop Anthony Fisher said in a statement.

Many Jewish synagogues and other Christian churches decided to keep their doors closed.

‘While there isn’t too much to be celebrating with the difficult circumstances we face, and particularly yesterday’s unemployment numbers, it is welcome sign that we are on the way back,’ Morrison said on Friday. 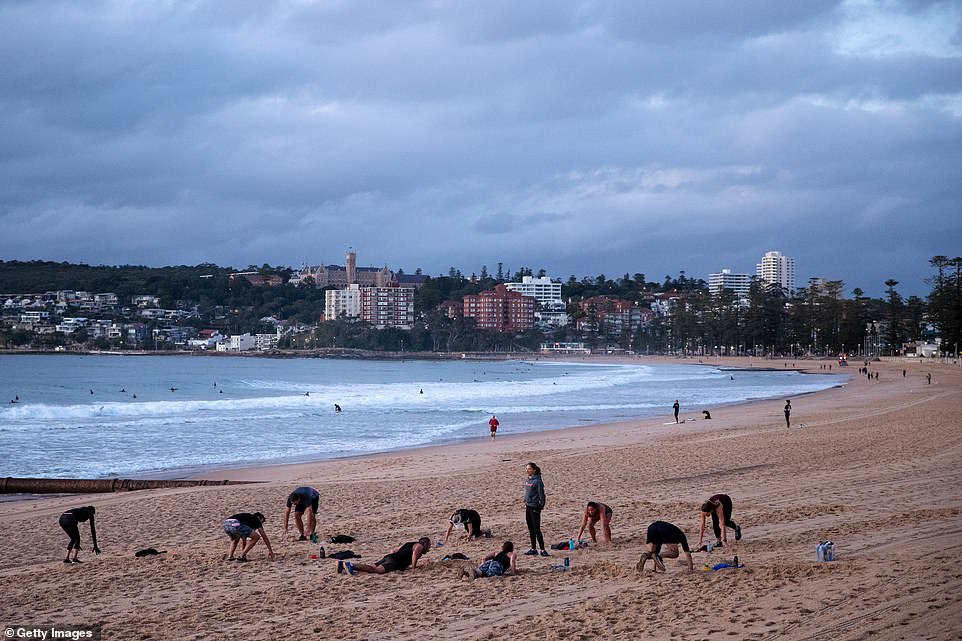 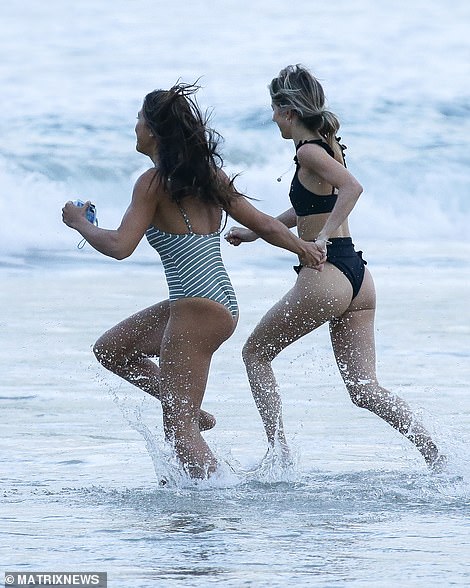 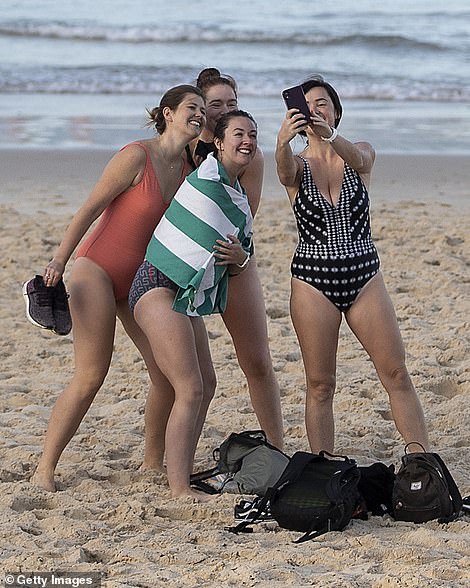 Freedom: Young women are seen going for an early morning splash after lockdown restrictions were eased 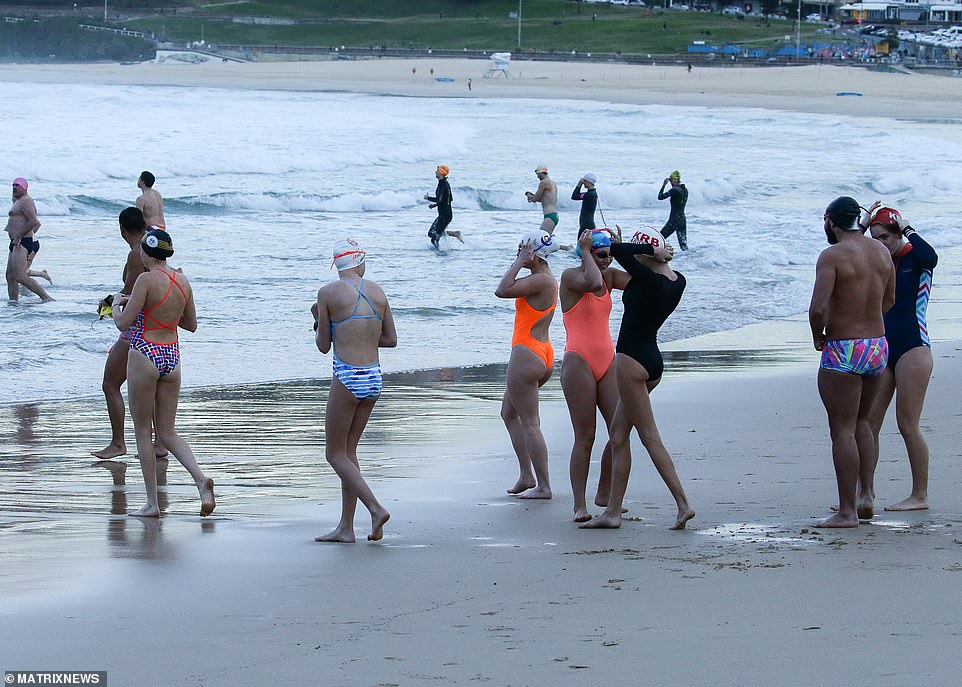 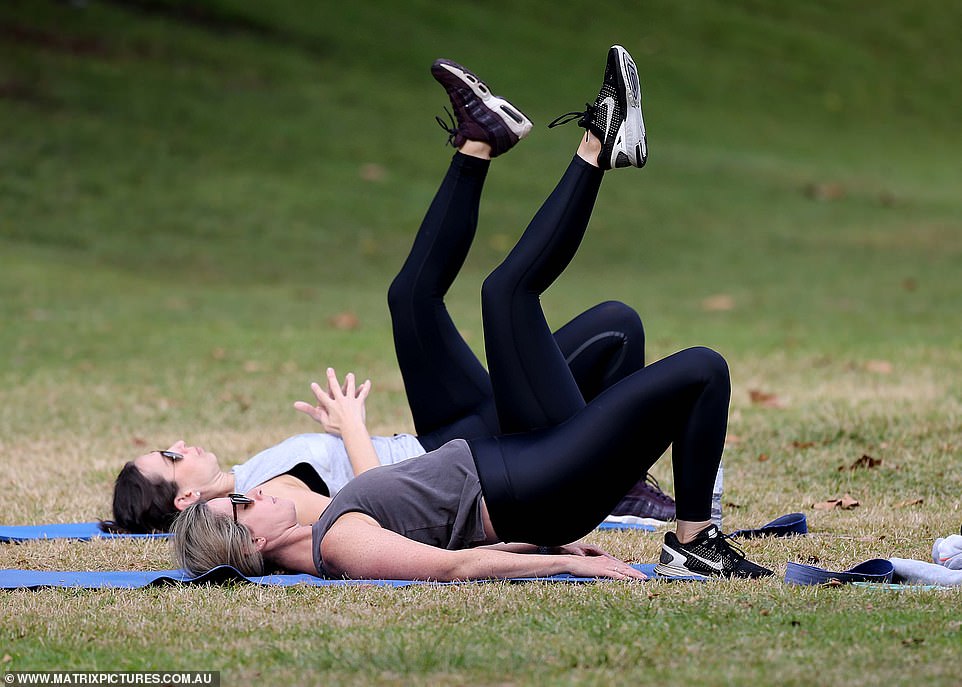 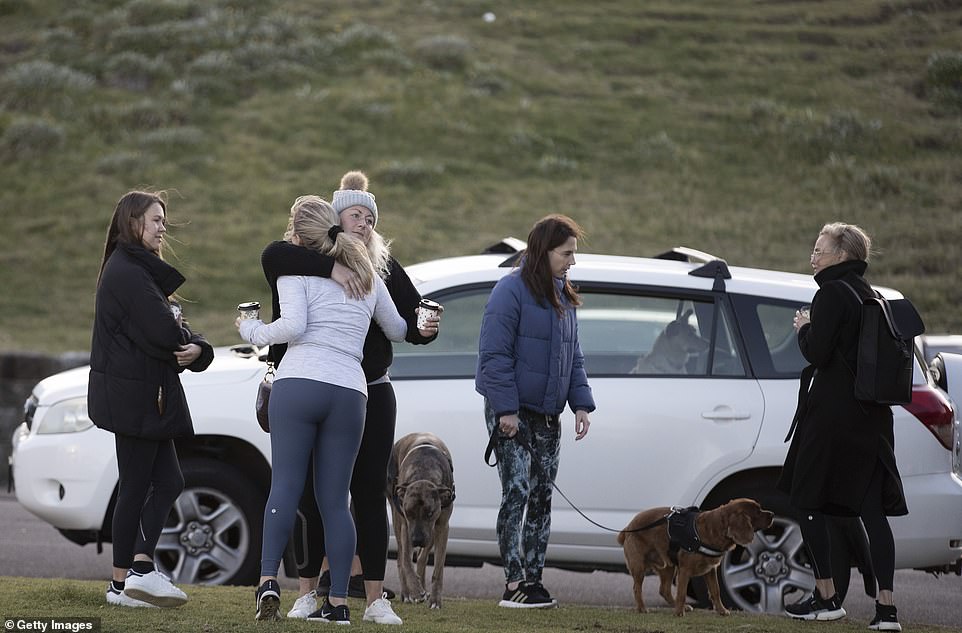 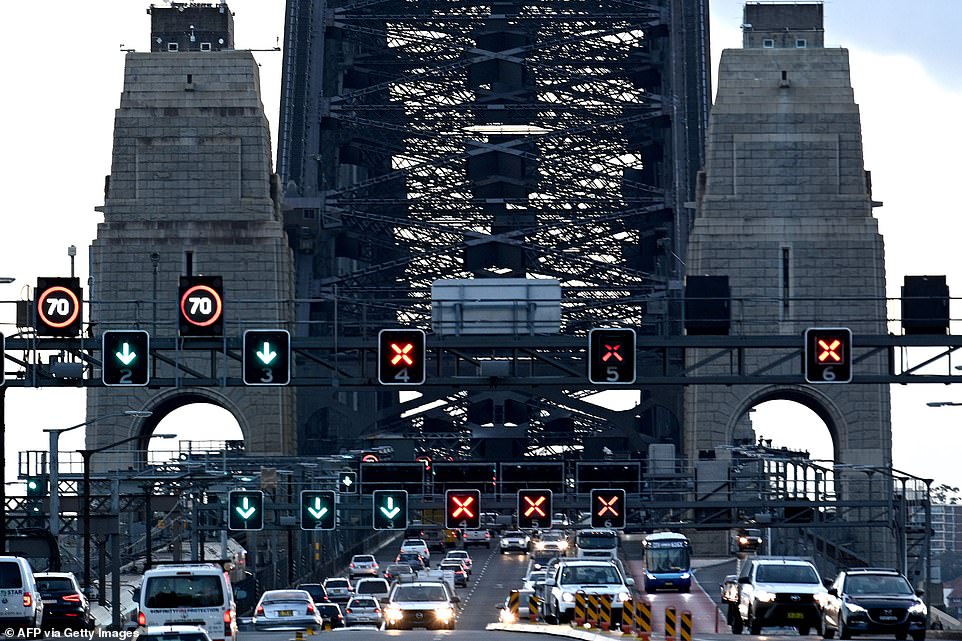 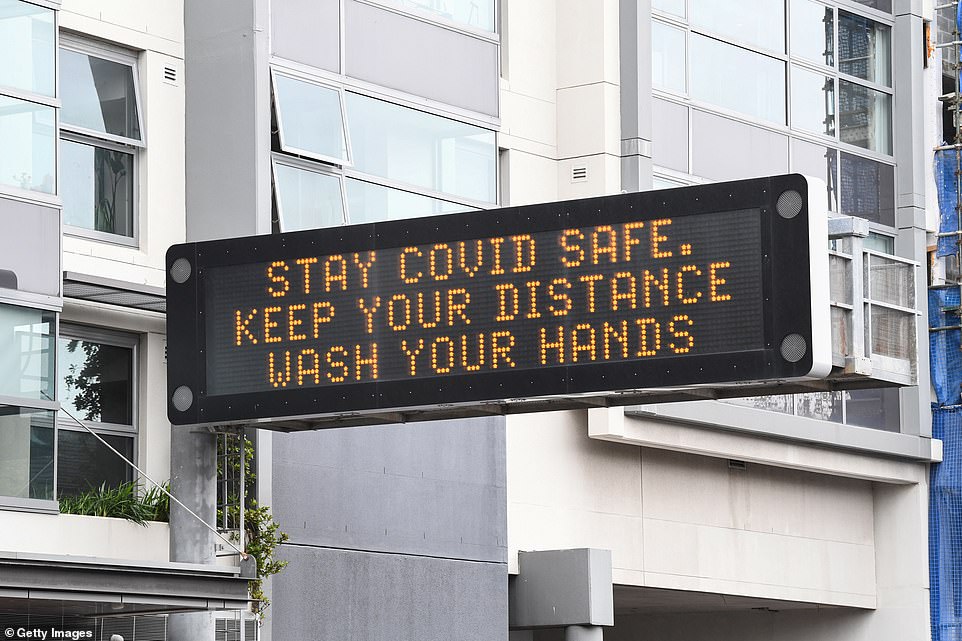 In Sydney, locals braved a cold, wet morning to catch up with friends and family over a coffee as cafes, restaurants and bars opened under the proviso they limit patrons to 10 at any one time.

‘It is such a treat,’ said Jess Best, who met up with a friend in a cafe in the city’s eastern suburbs. ‘To be able to sit down with other people around and chat to my friend. I can have a normal morning, not hiding away in my home.’

‘Easing restrictions has failed in so many places around the world and I don’t want that to happen in NSW, I want people to have personal responsibility for the way we respond,’ she said.

NSW and Victoria, the country’s second most populous state, reported a total of 29 new cases on Friday, a bump up from the recent daily average of fewer than 20.

Officials said on Friday that only 50 people remained in hospital.

Medics have credited lockdown measures adopted in March, including closing the country’s borders and ordering people to stay home unless on essential business, with constraining the virus’ spread.

State and territory leaders across the country are now rolling out a three-stage plan, following different timetables, to remove lockdown measures.

Morrison wants the bulk of restrictions gone by July to revive a national economy that had experienced more than two decades of uninterrupted growth before the pandemic. Most economists are now forecasting a recession. 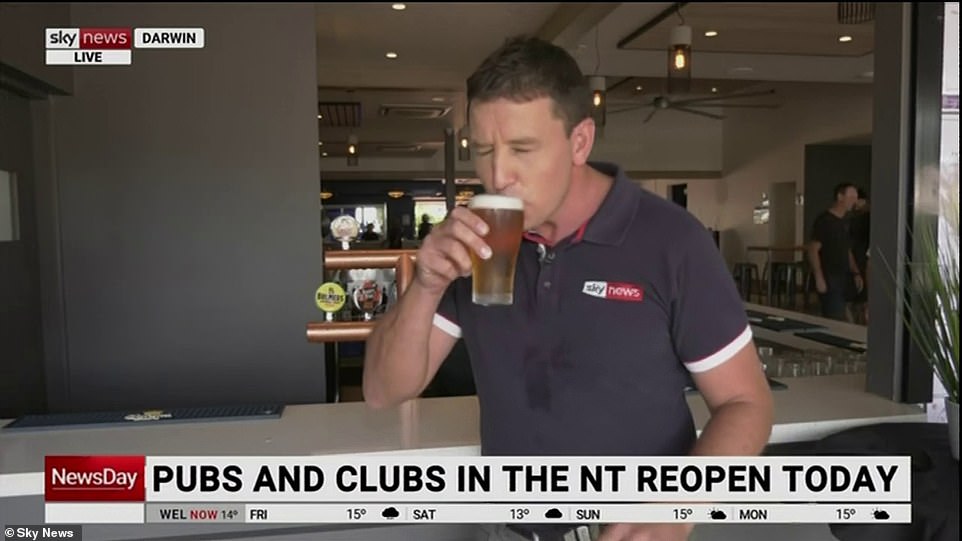 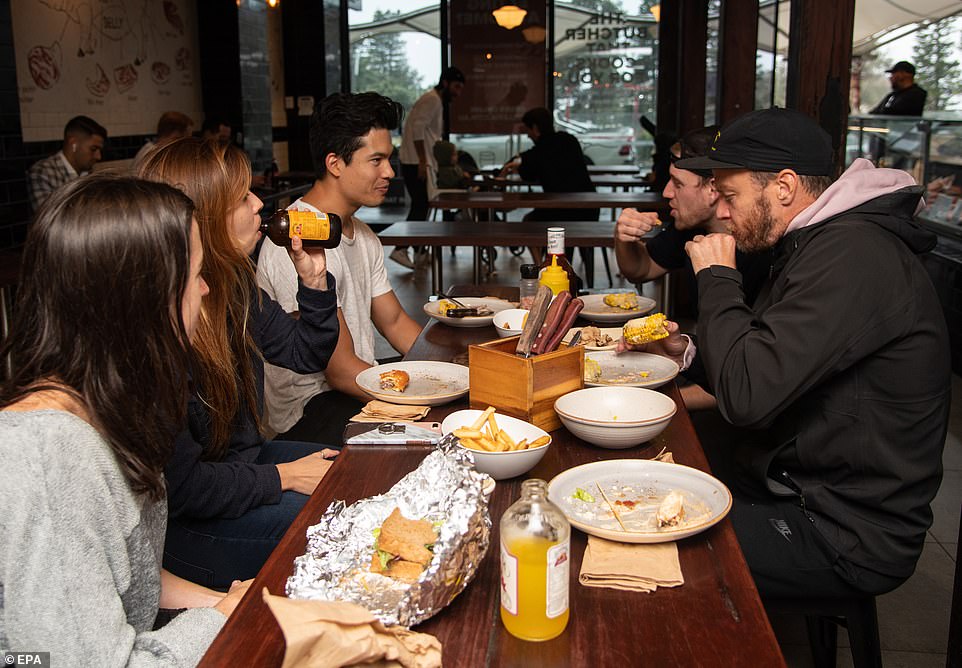 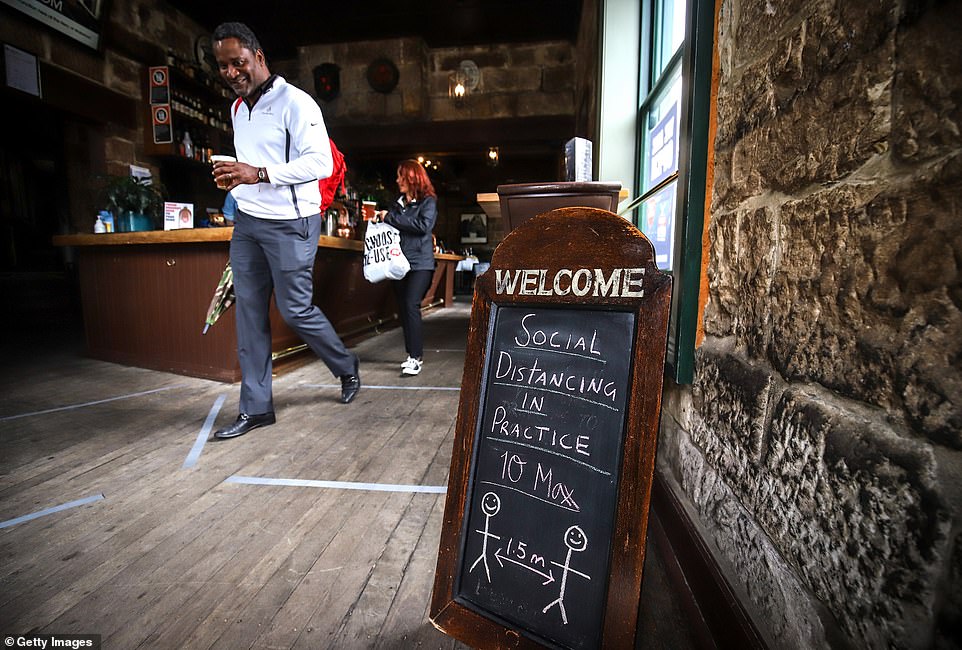 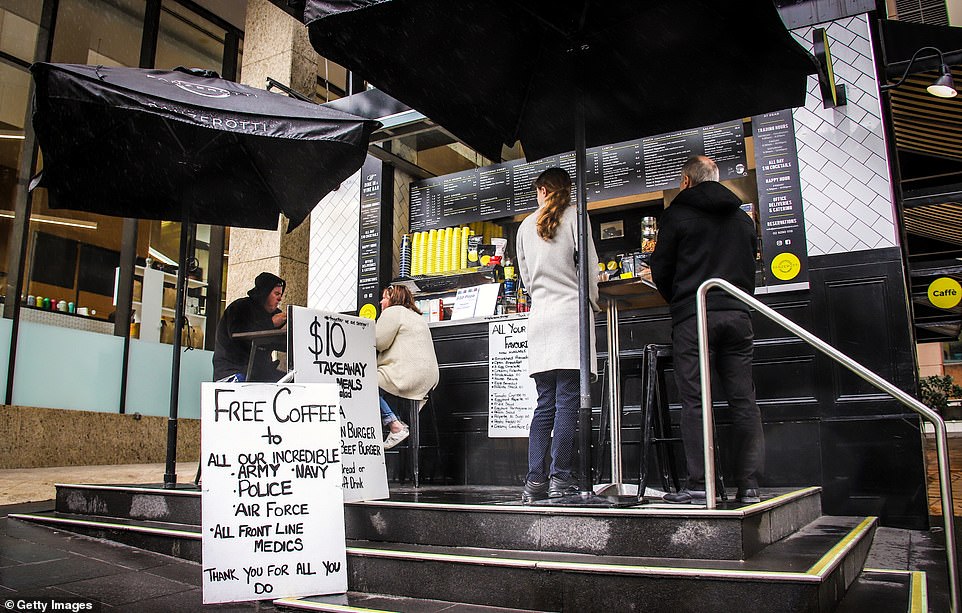 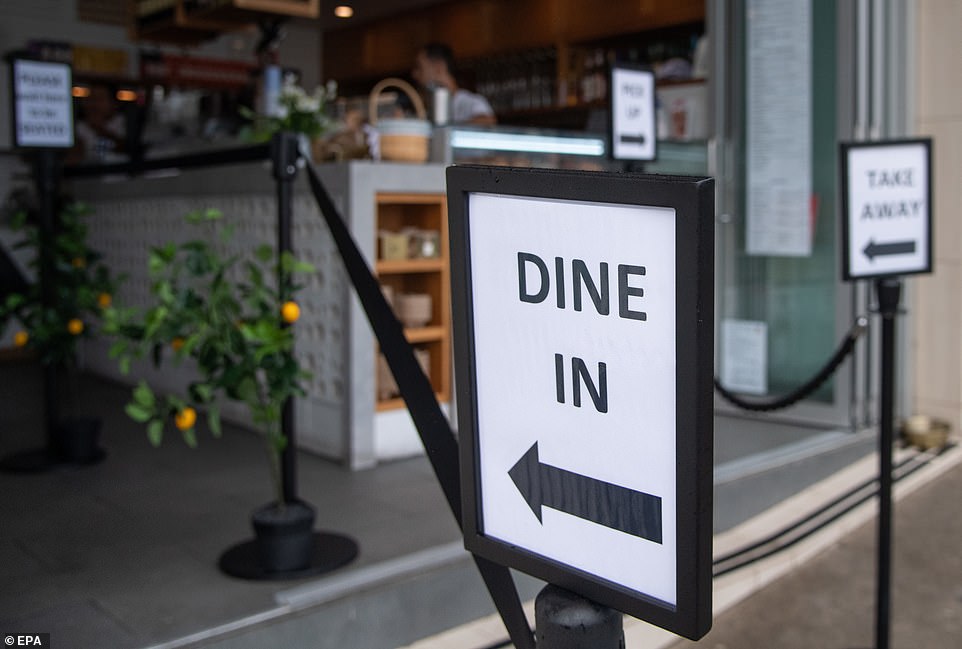 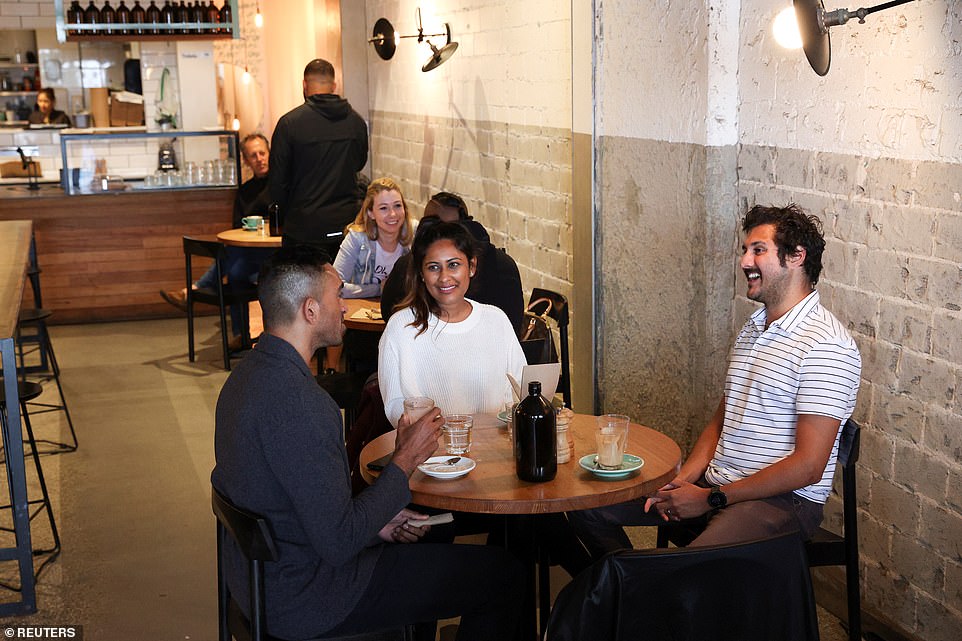 In NSW, schools are slowly reopening, private households will be able to have five guests, public gatherings were expanded to 10 people from two and public swimming pools reopened with a maximum of 10 people allowed in the water.

‘It’s amazing to be able to swim again,’ said Jenny Finikiotis as she emerged from at the Bronte Swimming Club’s ocean pool.

‘The water is so warm, it’s crystal clear and the best it has been all summer, probably because there has been no one here swimming in it.’

In the Northern Territory, where case numbers have been low and there have been no deaths, pubs opened with no restrictions on patron numbers.

‘I think I’ve earned one and I think I lot of territorians out there have earned a beer as well,’ Chief Minister Michael Gunner said, pouring a beer at the Cavenagh Hotel in Darwin as the clock struck midday.

Victoria, which reported 21 new cases, is currently retaining most of its lockdown measures.

Morrison is hoping the resumption of some businesses will help get the economy on a firmer footing, a goal that has been partly overshadowed by a diplomatic spat with China, Australia’s largest trading partner, over Australia’s push for an international inquiry into the origins of the coronavirus.

China earlier this week suspended the export licences of several of Australia’s largest beef processors and proposed tariffs of 80 per cent on Australian barley shipments, in what many viewed as retaliatory actions.

‘When it comes to our relationship with China, it is built on mutual benefit,’ Morrison said on Friday.