‘Way behind in the queue’: Australia may get a coronavirus vaccine FAR later than the rest of the world thanks to a shortfall in funding

Australia might have to wait longer than the rest of the world for access to a COVID-19 vaccine.

Opposition health spokesman Chris Bowen claimed the nation is ‘way behind the queue’ for a vaccine.

Despite University of Queensland researchers receiving a combined $15million from the state and federal governments, Mr Bowen said Australia should spend more money on vaccine development.

The Federal Government is seeking ‘early access’ to safe and effective coronavirus vaccines and treatments as soon as they’re available, documents published this week revealed. 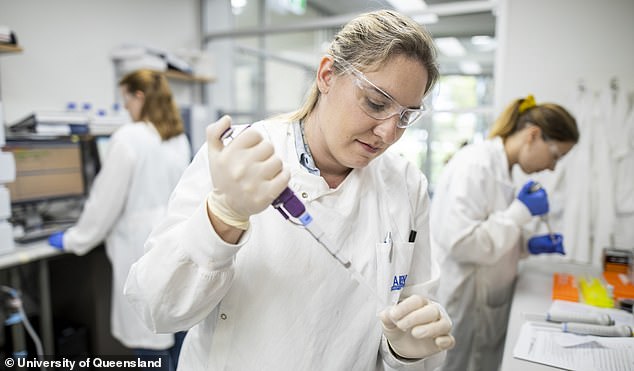 Despite University of Queensland researchers (pictured) receiving a combined $15million from the state and federal governments for a potential vaccine, Mr Bowen said Australia should spend more money on development

Prime Minister Scott Morrison urged any countries that discover a vaccine to share it with the rest of the world, and vowed to do the same.

A human trial on 120 volunteers started in Brisbane last month.

The vaccine, created by University of Queensland scientists in partnership with biotech company CSL, was tested successfully on animals in Australia and the Netherlands.

Around the globe there are currently 139 candidates in the preliminary stages of pre-clinical trials – which means they’re not ready to be tested on humans.

Twenty-five studies have progressed to Phase One, where scientists carry out small safety trials on human volunteers, while 17 are now on Phase Two – expanded safety trials.

There are just seven studies on Phase Three, which involved large-scale efficacy trials.

Mr Bowen’s warning comes days after the World Health Organisation warned the world may never have a ‘silver bullet’ for COVID-19 capable of completely neutralising the virus’ spread.

Dean of Health Sciences at Melbourne’s Swinburne University Professor Bruce Thompson told Daily Mail Australia there was no guarantee even a working vaccine would be effective at suppressing the virus.

‘We’re cautiously optimistic we’re going in the right direction but we don’t have actual proof that if you take this vaccine it will protect you and your symptoms are going to be way less than they are now,’ he said. 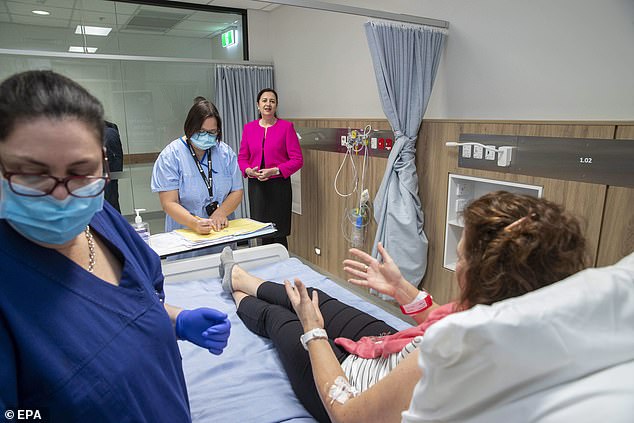 Professor Thompson said even if a viable sample was ready for September, it would be another prospect altogether to get it produced in enough quantity for the mass market.

‘We’re talking about the middle to the end of next year when we’ll have a vaccine ready for your GP to give you,’ he said.

‘We need to start thinking about how we minimise the spread in other ways like through contact tracing.

‘Through syndromic analysis we can start looking at how the virus is spreading through small areas and containing those outbreaks.

‘You have to also consider the real possibility we don’t ever have a effective vaccine – we may not have the silver bullet.’