More than a million people packed Sydney Harbour for the city’s world famous midnight fireworks with similar scenes across the country.

But not everyone was ready to call it a night with many partying long after the sun came up.

Hundreds were still celebrating on Sunday morning after they flocked to Sydney’s iconic Bondi Beach to enjoy the the first sunrise for 2023.

There were similar scenes on the Gold Coast at Surfers Paradise and in Byron Bay, the first place in Australia where the sun rises.

As some worse for wear slept off their big night, others stripped down and headed into the surf for a refreshing early morning dip.

Others preferred to sit back on the sand to nurse sore heads or continue the festivities. 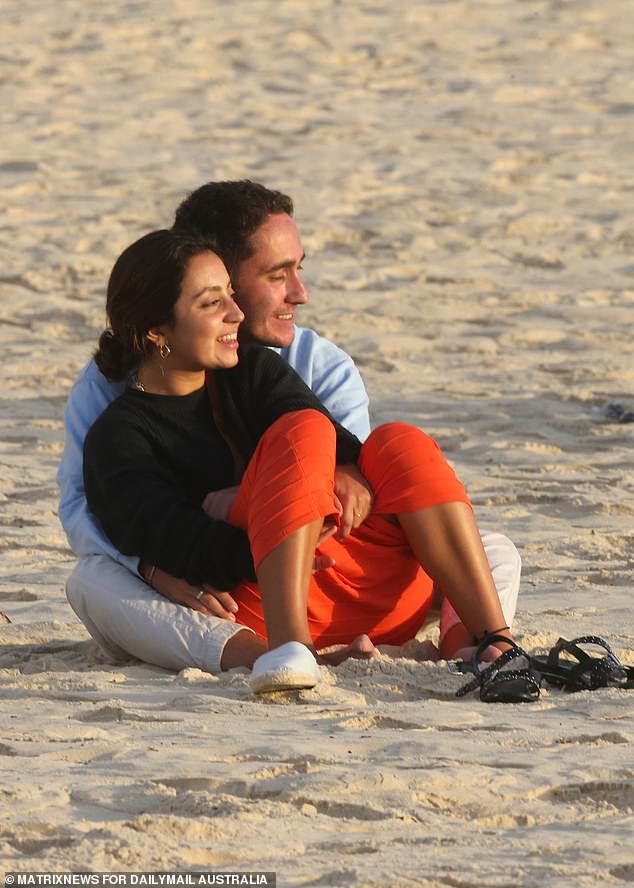 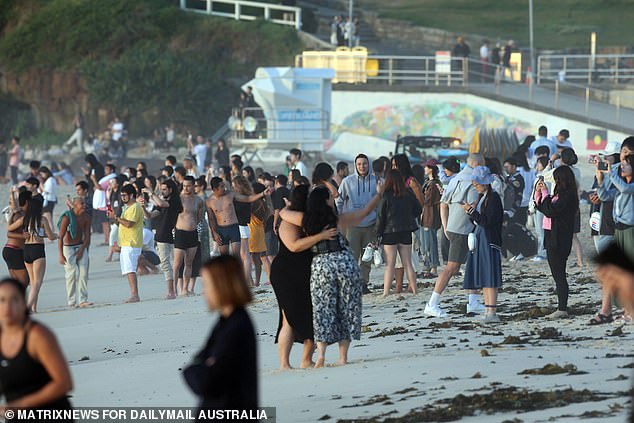 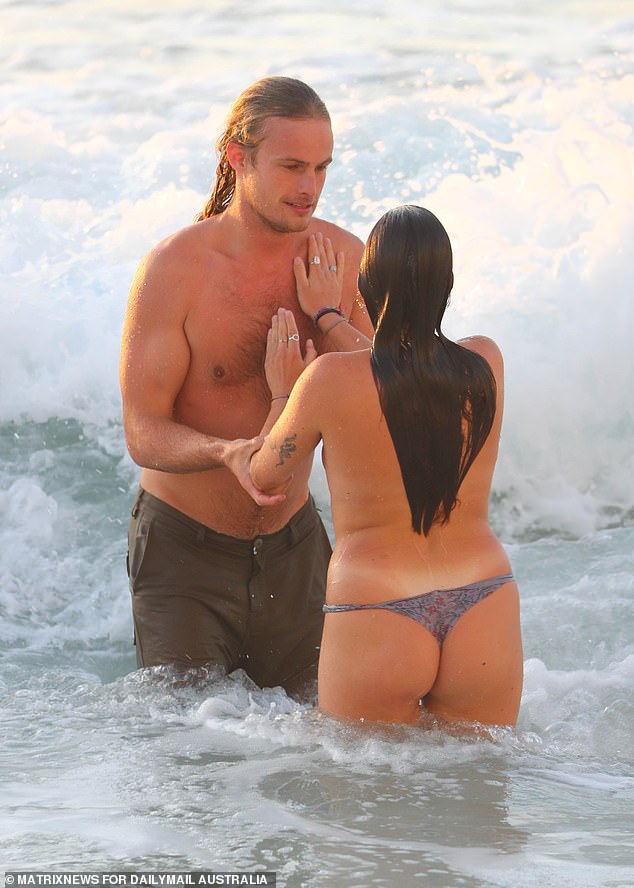 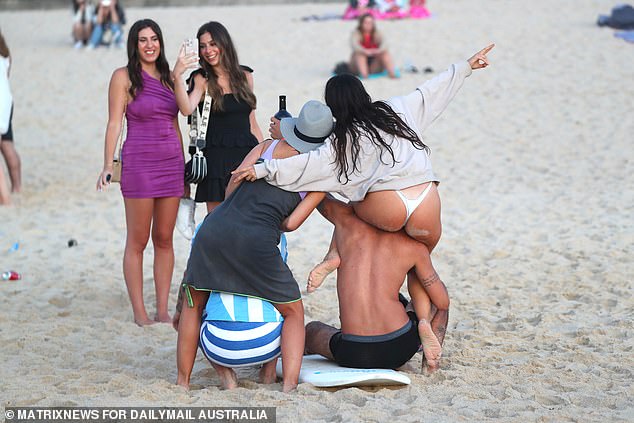 North of the border on the Gold Coast, many revellers also headed to Surfers Paradise

Thousands more will head to Bondi and other beaches across the nation on Sunday with both Sydney and the Gold Coast set to reach a top of 27C.

On the Gold Coast, one reveller had to be rescued by lifeguards after getting into difficulty in the water during a late-night swim.

NSW Police said most Sydney revellers were well behaved, despite 83 arrests in the CBD.

Police remain out in force with a host of New Years Day festivals and parties across Australia, including the Field Day in The Domain, Sydney.

‘For those continuing celebrations into the morning and across New Year’s Day, our officers will maintain a highly-visible presence across the state to ensure all revellers do so safely,’ NSW Assistant Commissioner Anthony Cooke said. 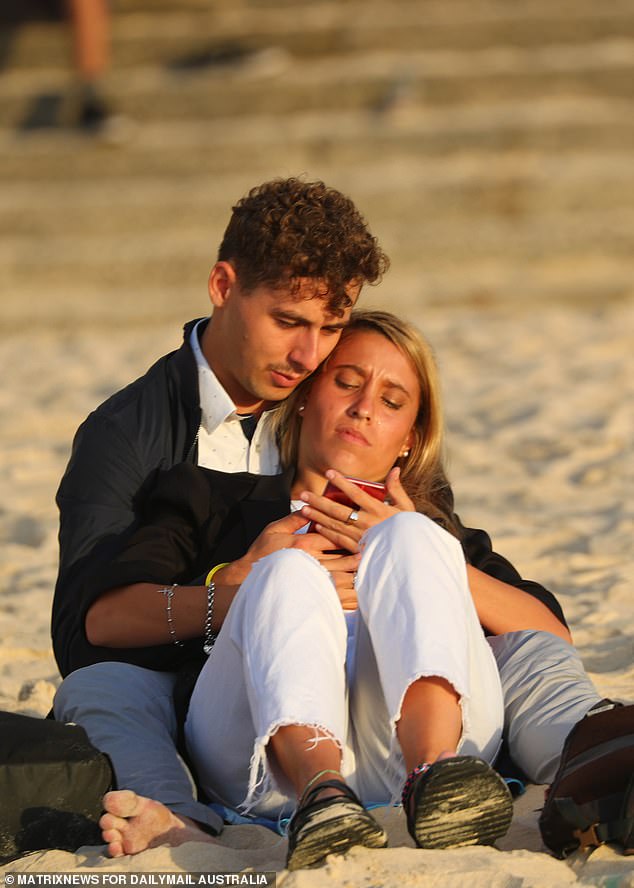 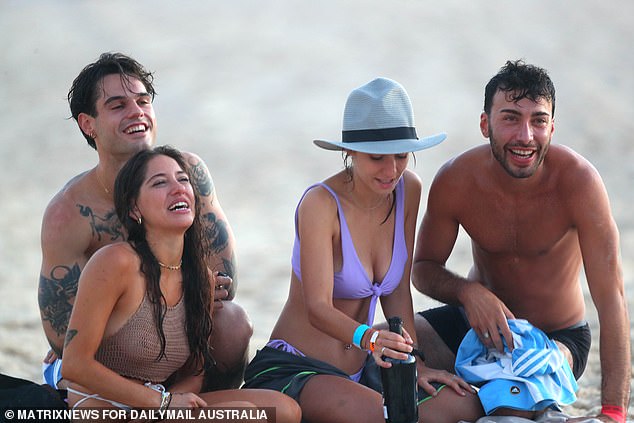 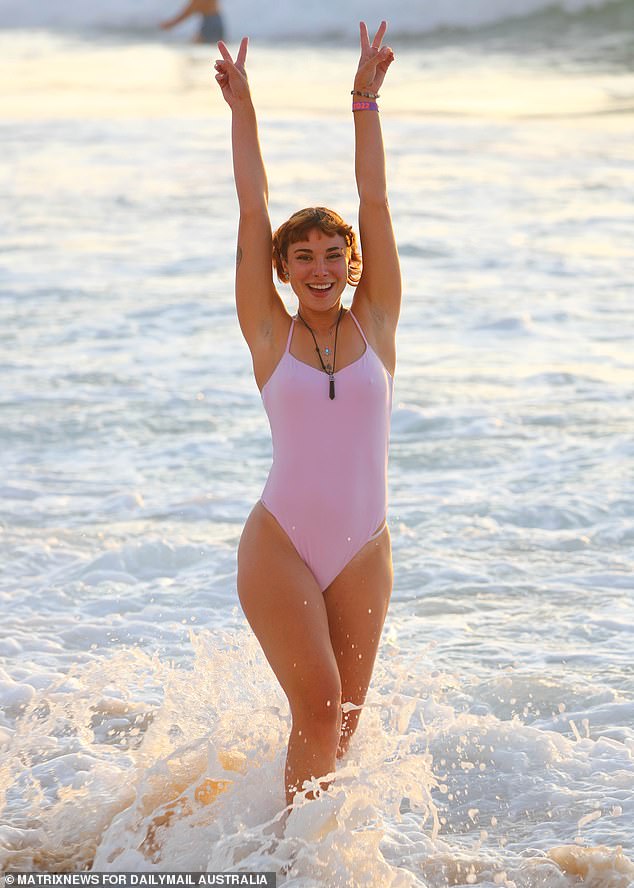 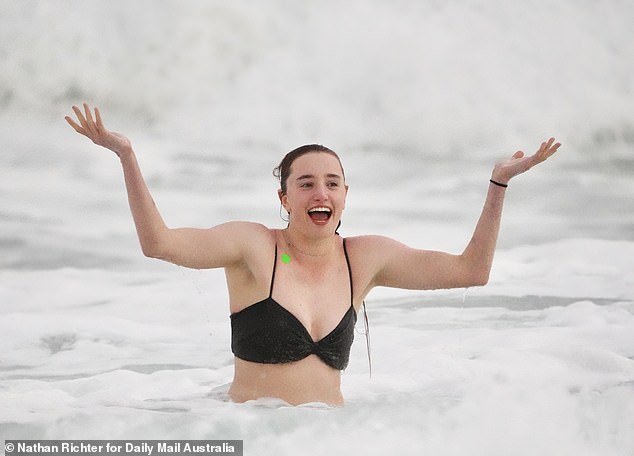 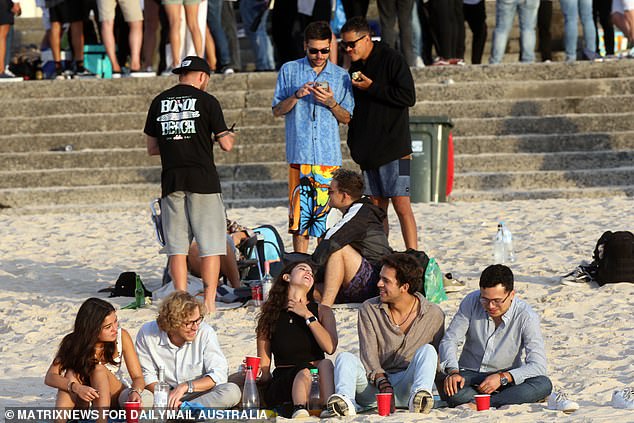 As the sun rose for the first time in 2023, many Bondi revellers weren’t ready to head home yet 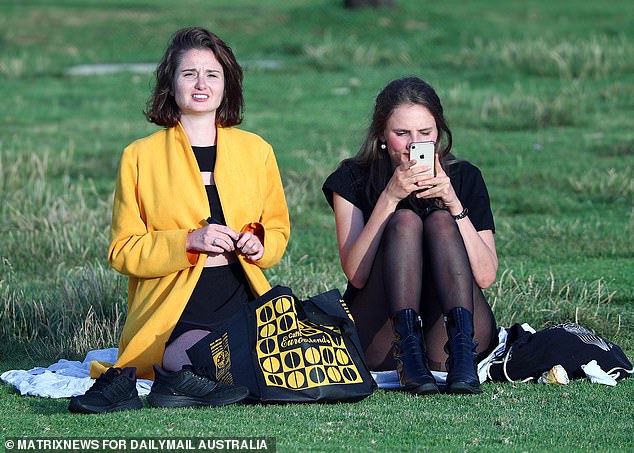 Revellers were out in force to make up for time lost in the last three years, as celebrations were dampened by the black summer bushfires in 2020 and the Covid-19 pandemic the following two years.

Partygoers turned out in droves across Australia to ring in 2023 in style – with local and state government organisers putting on celebrations bigger and better than ever before.

Crowds in the nation’s focal point Sydney hit around the million mark, as thousands queued up well in advance earlier in the day to fight for a spot on the steps of the iconic Opera House. 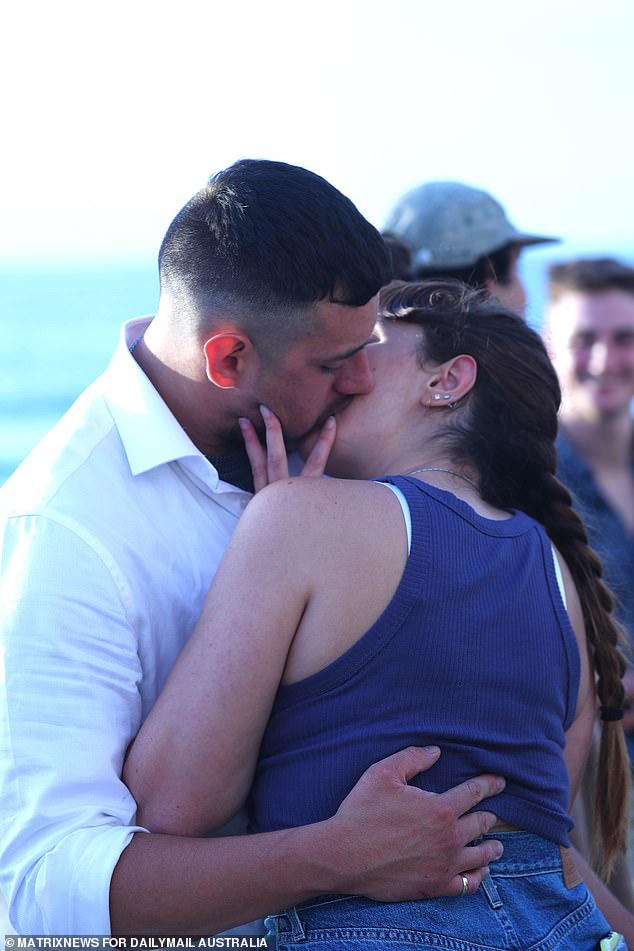 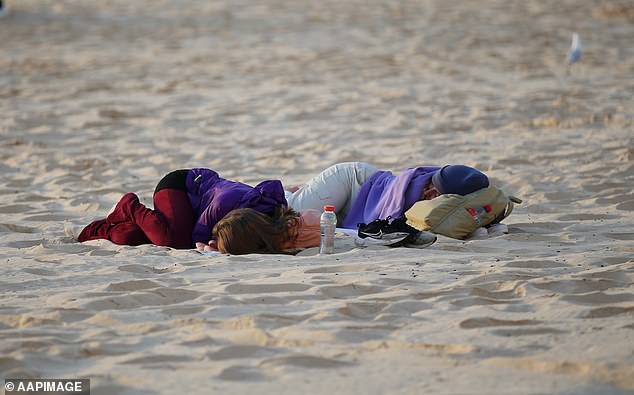 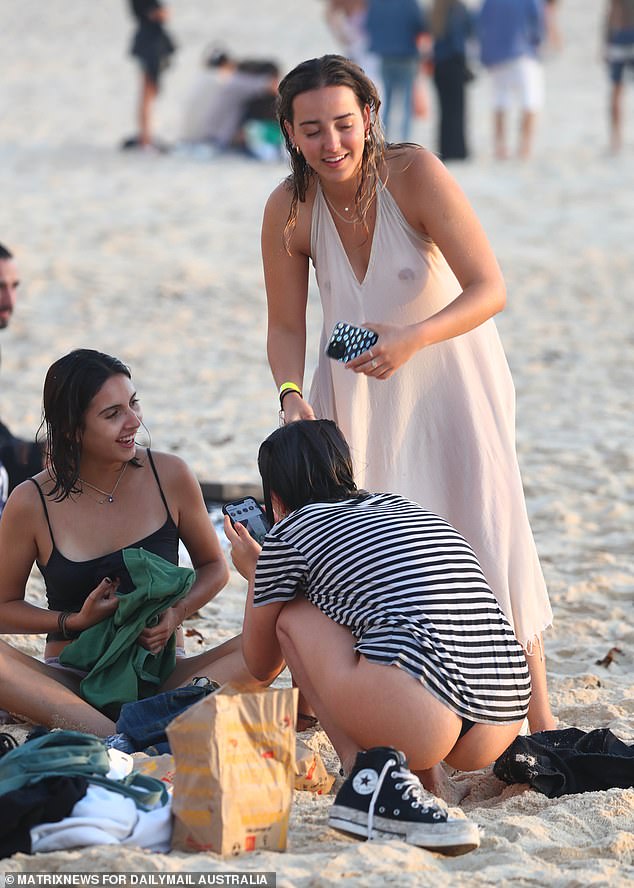 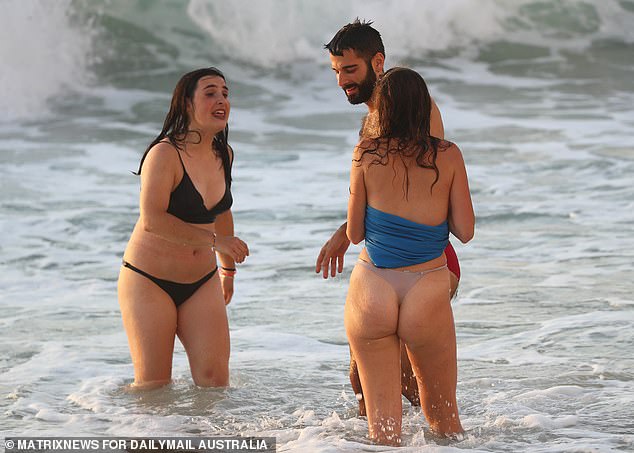 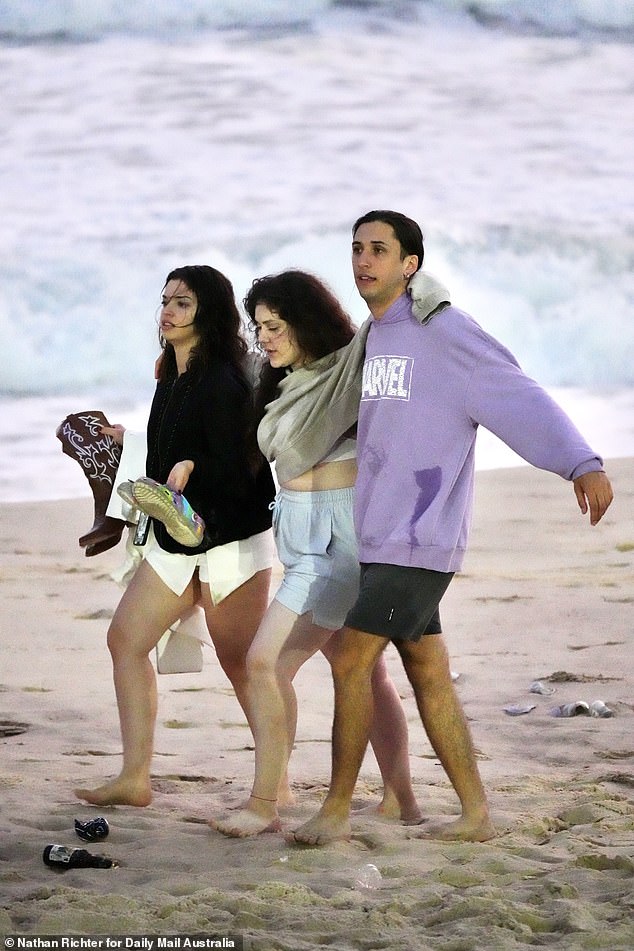 Some who stayed up to watch the sunrise were ready to head home soon after (pictured, beachgoers at Surfers Paradise)

In Sydney, 13,000 fireworks totalling $7million lit up the sky from the Opera House, Harbour Bridge and rooftops around the city.

In a nod to the upcoming World Pride festival taking place in Sydney in February, the progress pride flag colours were projected onto the Sydney Harbour Bridge at 11pm.

Later in the night, confronting footage showed revellers n the Rocks screaming out in distress as a large group makes their way through a barricade as helpless police and security watch on.

Parents were even forced to hold young children above their heads fearing they would be trampled in the chaos.

The near-disaster unfolded when swarms of revellers started pushing through guarded barriers into the ticketed section to get a better view of the fireworks just before midnight.

While in Melbourne’s CBD, crowds built up quickly with families and groups of friends flocking to parks for early fireworks, before an estimated 450,000 people continued on to see in the new year.

In what felt like Melbourne’s out of Covid party, revellers took advantage of life without masks with fireworks set off from a record 30 rooftops in celebrations costing around $4million. 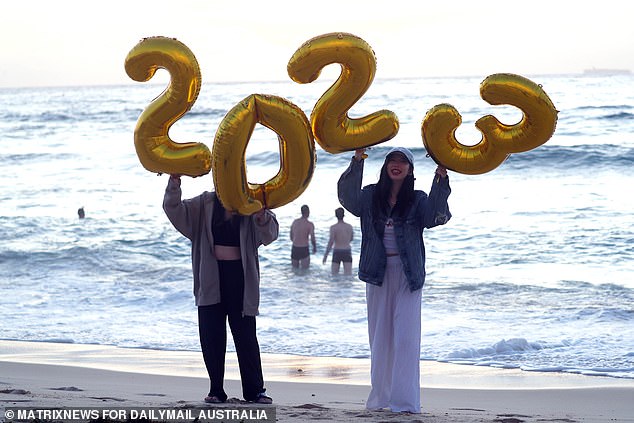 Despite the lack of sleep, many beachgoers were determined to continue the festivities 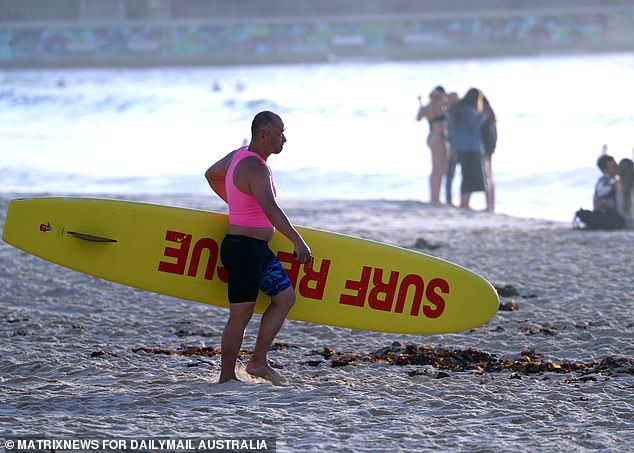