Australia has said Britain can join its trading group after Brexit – but only if the country leaves the EU’s customs union.

Julie Bishop, the country’s foreign minister, said they are ‘very keen’ to do a free trade deal with the UK after we quit the Brussels bloc.

She said they would be open to the UK joining the Trans-Pacific Partnership – the trade deal between Australia, which is nearly 9,500 miles away, Canada, Malaysia and other countries.

But she warned that it would only be possible if the UK left the customs union – the system of tariffs put on goods and services as they cross over borders.

Theresa May has promised to take  Britain out of the EU’s customs union as this is the only way Britain can negotiate free trade deals with other countries.

Julie Bishop, Australian foreign minister, said they are ‘very keen’ to do a free trade deal with the UK after we quit the Brussels bloc (fie pic)

But Labour has been far more ambiguous and yesterday hinted that it could changes ts policy and campaign to stay in it.

Speaking on a visit to London, Ms Bishop was quizzed about the possibility of the UK signing up to the trade deal.

She said: ‘We would of course welcome interest from an economy the size of Britain’s.’

She said a bilateral deal could only happen if Britain went ahead with its plans to leave the EU’s customs union – a move opposed by British businesses.

‘Australia is very keen to pursue a free trade agreement with the United Kingdom.

‘I think that would be precluded if the United Kingdom were to rejoin the customs union.’

Leaving the customs union would leave Britain free to pursue its own bilateral trade deals.

But the EU has said that would make border checks between Northern Ireland and the Irish Republic inevitable – a major obstacle in Brexit talks. 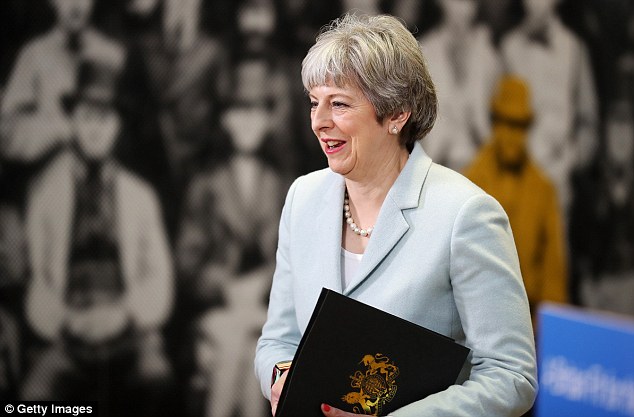 Bishop said Australia would want to secure rights for its citizens to work in Britain as part of any deal with Britain.

Jeremy Corbyn’s top team is meeting his top team today to hammer out their Brexit position amid party in-fighting about what their policy should be.

The Labour leader had pledged to back Britain leaving the single market and customs union – which will allow the UK to regain control of its borders and strike deals globally.

But he is facing fierce opposition in his own party from Remain-backing MPs who are demanding the UK stay in the EU bodies.

And Emily Thornberry, Labour’s shadow foreign secretary, hinted that Labour will change position to campaign for Britain to stay in the EU customs union.