Australia will not have a coronavirus vaccine for at least a year, doctor says

Australia will not have a coronavirus vaccine for at least a year and producing one before then could do ‘more harm than good’, a top disease expert has warned.

Professor Peter Collignon of the Australian National University said a rushed vaccine may not work and could cause adverse side effects including paralysis.

He said the federal government should not hurry to buy vaccines from foreign countries after Labor raised fears that Australia would miss out on a vaccine because no deals have been signed so far.

The federal government has not signed a single deal to buy a coronavirus vaccine from abroad but Professor Peter Collignon says this it no bad thing. Pictured: A scientist at the University of Queensland

‘A vaccine that has not been fully tested may not protect people and may even expose them to getting pneumonia,’ Professor Collignon told Daily Mail Australia.

‘In a worst case scenario it could cause a funny side effect that gives you paralysis or something nasty like that.

‘This may only happen to, say, one in 5,000 people but if you vaccinate one million people you may end up with 200 people paralysed.’

He added: ‘We are so desperate for a vaccine that we’ll clutch at anything but that approach may do more harm than good.’

Professor Collignon, a microbiologist who used to work for the World Health Organisation, said the earliest a safe vaccine could be rolled out would be next year. 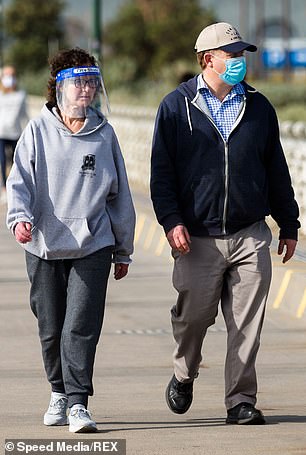 ‘It needs to be tested on thousands of people which will take months and then you need to produce the vaccine. So the most optimistic timeframe is a year from now.

‘Anyone who thinks we will have a vaccine before the end of this year is deluding themselves,’ he said.

Six vaccines around the world have reached phase three clinical trials and Russia has approved a vaccine to be rolled out in October, although experts say it has not been rigorously tested.

To date, Australia has not signed any advanced purchase agreements to bring the vaccines Down Under if they are successful.

On Wednesday Labor health spokesman Chris Bowen slammed the government for not signing any deals.

‘We are way behind the eight ball and it would be just unthinkable if a vaccine breaks through and we just can’t get access for it in Australia because of these failings,’ he told ABC radio on Wednesday.

But Professor Collignon said that was ‘not a reasonable criticism’ of the government.

‘There are more than 100 vaccine candidates so how can you pick a winner when you have no data on whether it actually stops the infection,’ he said.

‘The Oxford University vaccine looks the best but it’s too early to put any great amount of money into purchasing it.

‘I would strongly caution against rushing any vaccine through. We have to see it is not only safe in the lab but also safe and effective in the real world.’

Professor Collignon said even after a safe vaccine in produced, it will take years before the pandemic is over.

‘The influenza vaccine is sometimes only 30 per cent effective in older people so there is no guarantee any coronavirus vaccine will stop illnesses and deaths,’ he said.

‘Countries with money including us, the US and European nations will be first in line for a vaccine but we need to immunise the whole world which will take time.

‘This ain’t going to go away for another couple of years,’ he said.

What is the government doing to secure a vaccine?

3. There is participation in the international Covax facility, which is an international consortium to give participant nations access to a variety of potential vaccine candidates.

4. Onshore manufacturing in Australia either directly or under licence, including through CSL.

A health department spokesman said: ‘We are confident that these investments and actions will secure early and sufficient access to a safe and effective vaccine.’

There are 20 deals in place to ship three billion vaccine doses to countries around the world once approved.

The federal government is in talks to buy a potential vaccine which is being made at Oxford University, but no agreement has yet been reached. 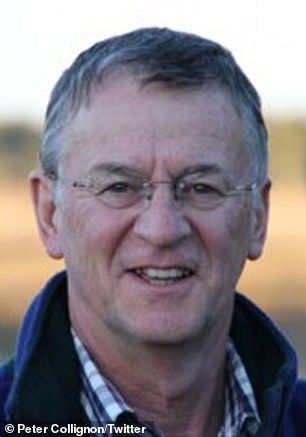 Labor is also urging the federal government to increase funding for vaccine research so Australians have the best opportunity to get a coronavirus jab.

The federal government has put $5million towards a University of Queensland study but Mr Bowen says the cheque needs to be bigger.

‘We’re putting all our eggs – and not very many eggs – in one basket.

There is also $13.6 million on offer in grants to support possible vaccine development projects.

Prime Minister Scott Morrison has fired a warning to other world leaders to ensure they make a vaccine globally available should their nation discover one.

Russia has become the first country in the world to grant regulatory approval to a COVID-19 vaccine after less than two months of human testing.

The World Health Organisation is in discussion with Russian health authorities about possible prequalification for the vaccine, which still has to complete final trials.

Meanwhile, Australian manufacturers are being urged to tell the federal government if they could help to reproduce a coronavirus vaccine.

Submissions will be used to determine the national capacity to make and distribute the drug if an effective candidate is found. 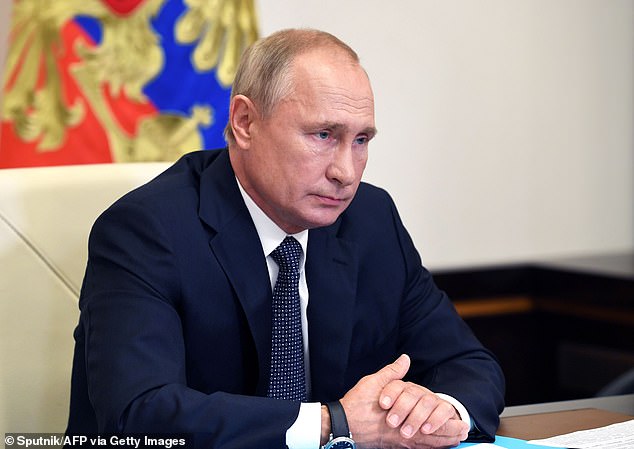 Russia has become the first country in the world to grant regulatory approval to a COVID-19 vaccine after less than two months of human testing. Pictured: President Vladimir Putin