Australian backpacker who was conned out of nearly $8,000 by bogus letting agent on his year abroad in London has warned others not to fall for the same scam

An Australian backpacker says he now suffers from anxiety after he lost $7,500 in an elaborate rental scam.

Steven Vlamis, 32, thought he was doing everything by the book when he rented a unit on Woodseer Street, in east London.

Though he quickly realised that the woman he was paying was far from the person she claimed to be, 9 News reported.

An Australian backpacker (pictured, Steven Vlamis) says he now suffers from anxiety after he lost $7,500 in an elaborate rental scam 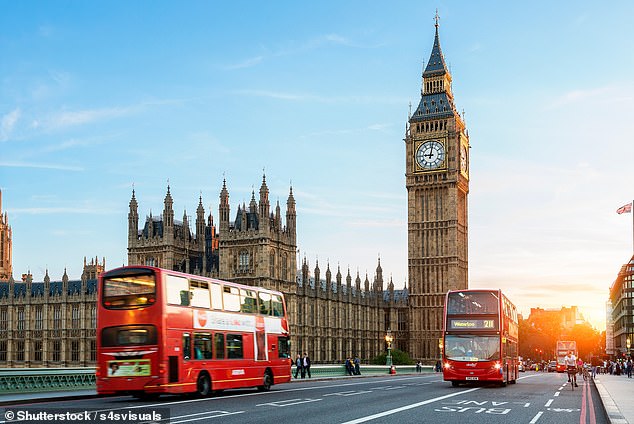 Steven Vlamis, 32, thought he was doing everything by the books when he rented a unit on Woodseer Street, in east London

‘I have this constant feeling they are out to take advantage of me.’

Mr Vlamis had been working and saving his money for more than 12 months so he could turn his dream into a reality and live in London.

He planned ahead and searched for places to stay on a rental site called SpareRoom.

There he found the perfect place in London and Mr Vlamis began communicating with the lister.

The photos showed a property that came fully furnished and the listing said extras, such as power, were included.

Though when an excited Mr Vlamis went over to inspect the property, he found it bare and even missing an oven.

The woman who showed him around the property had introduced herself as Sophie Stewart.

She said she was an agent and promised Mr Vlamis the place would be ready by the time he moved in.

The unsuspecting backpacker agreed to pay Ms Stewart the $5,200 she had demanded upfront and he moved in and shared the property with a couple of housemates.

One month passed and the unit was still unfurnished, the oven was still not installed and Mr Vlamis even had to pay electricity – when the ad listing said it was included.

When Ms Stewart finally organised for a man to come in and install the oven, she told Mr Vlamis not to talk to him.

‘I thought it was weird, but after all the hassle I just wanted to get on with it,’ he said.

The man introduced himself as Mr Suba Miah and said he owned the property with his son – who was renting the property to Ms Stewart.

When Ms Stewart finally organised for a man to come in and install the oven, she told Mr Vlamis (left, with his housemates) not to talk to the him

A phone call later to the son revealed Ms Stewart had rented the property for ’employees’ for a make-believe business.

As such, she paid a lower rent to the landlord and kept the extra money she received from Mr Vlamis and his housemates.

The matter was reported to police and officers later discovered Ms Stewart had conned other unsuspecting tenants.

She was charged with a total of 28 fraud offences and is yet to face court.