An Australian survivor of the Bali bombings has hit out at Indonesian officials after he was denied the chance to meet with his attackers at a ‘reconciliation’ event.

Phil Britten, a former AFL player, was inside the Sari Club in October 2002 when a car bomb detonated outside killing seven of his friends, blowing out his teeth, and leaving him with burns to 60 per cent of his body.

Britten said he does not known whether he would have attended the event, held over three days in Jakarta this week, but he should have been able to make that choice.

Phil Britten, an Australian survivor of the Bali bombing that killed seven of his friends, has hit out at Indonesia officials for failing to invite him to a ‘reconciliation’ event with his attackers 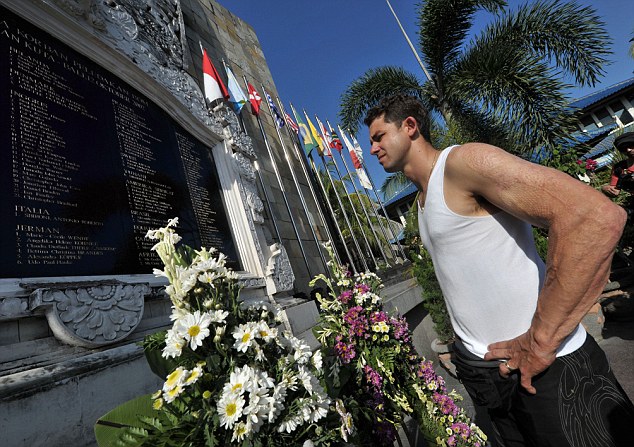 Britten (pictured in 2012) said he does not know whether he would have attended the event, but added that he has been robbed of the ability to make that decision

He told The Australian: ‘The bombers’ focus was to get us as supporters of America so I think the invitation should have been extended to us also.’

Of the 202 people killed during the 2002 attack the majority came from outside Indonesia and included 88 Australians – more than any other nationality.

Britten has previously told how he has taken steps towards forgiving his attackers, including attended the trial of ‘smiling assassin’ Amrozi bin Nurhasyim

Initially Britten said his aim was to shout at Amrozi or attack him in the dock.

But, he said, ‘when I got there, all that anger had left because I looked at this person, this poor person who didn’t understand the meaning of life, because no one has the right to take another person’s life.

‘That was the moment that really changed things for me; I started not worrying about what they did or what’s going to happen to them because I can’t change that. The only thing I can change is me, my attitude.’ 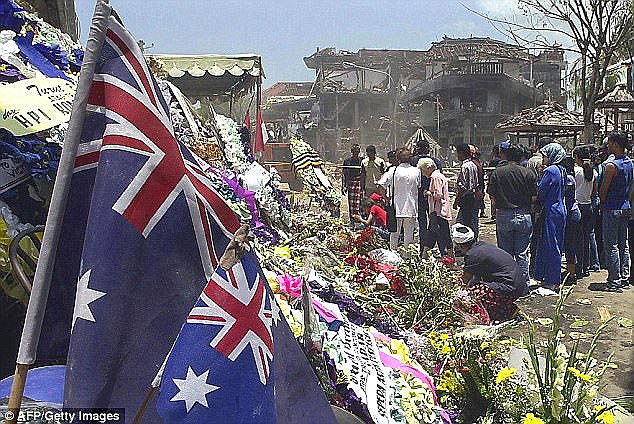 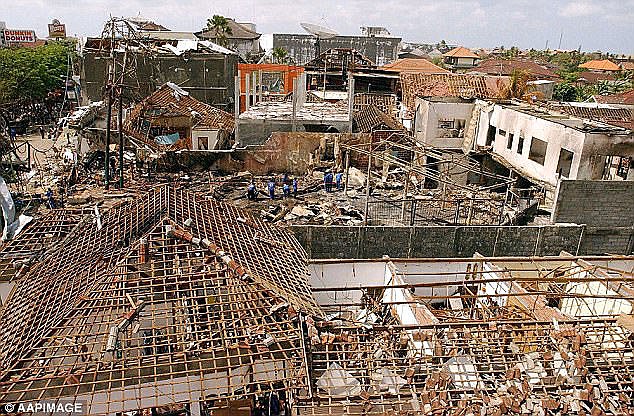 Britten was inside the Sari Club when a car bomb detonated outside, blowing out his teeth and leaving him with burns to 60 per cent of his body

The official reconciliation event included victims of the 2002 and 2005 bombings, the 2004 Australian embassy attack, and Mariott bombings of 2003 and 2009.

In total 124 former Islamists attended along with 51 victims.

It had been hoped that more victims would attend, but two major Indonesian groups pulled out at the last minute, saying it had been badly organised.

‘There are so many of them in the room. We’re not ready psychologically,’ said Ni Luh Erniati, an adviser to the Indonesian Survivors Foundation, which did not attend.

‘We have forgiven them but we cannot predict what would happen if our emotions were ignited.

‘We’ve tried similar smaller-scale events in the past but it was hard even then.’

Officials have billed the event as an important step in combating radicalism and fostering reconciliation.

Three days of meetings kicked off on Monday, with the first two days closed to the media before an open session on Wednesday. 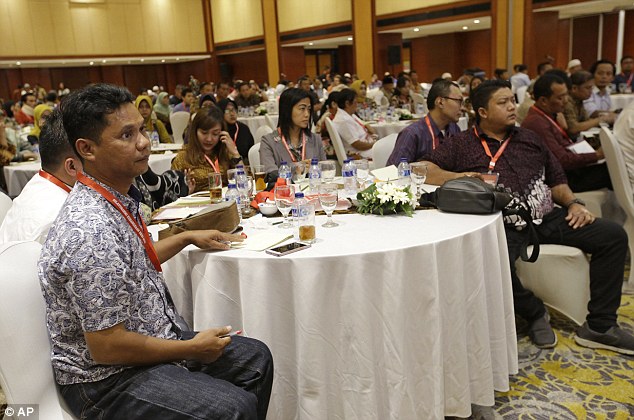 The reconciliation event began on Monday and was closed to the media until Wednesday, when the 121 Islamists and 51 survivors met in front of the cameras 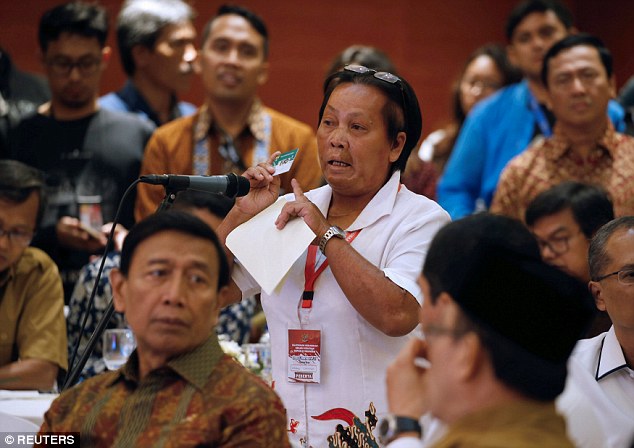 It was hoped more victims would attend the event but two major survivors’ groups pulled out, saying it had been badly organised