A young Australian boy is in the spotlight after becoming one of the first people to meet Prince Harry and Meghan Markle in a public setting.

All eyes were on the prince and his dotting girlfriend as they made their first official appearance together at the Invictus Games in Toronto.

The loved up pair were seated beside 10-year-old Bailey Lawler from New South Wales at the semi-finals of the wheelchair tennis, the Daily Telegraph reported. 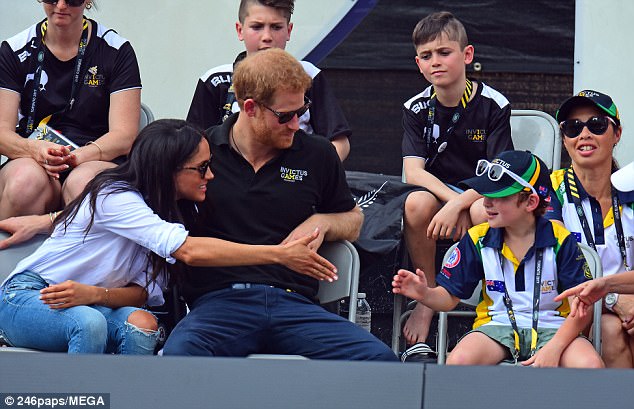 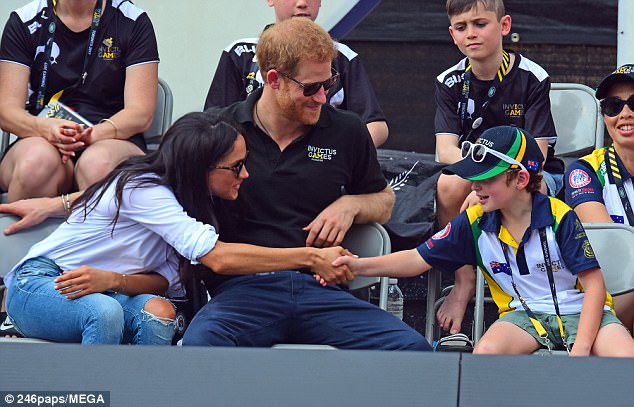 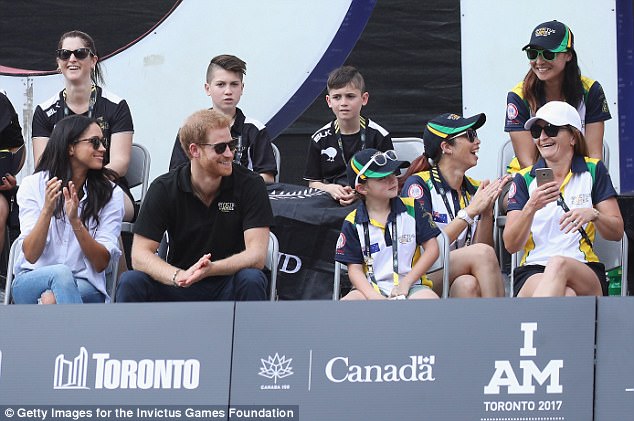 The stunning Suits star introduced herself to the Coffs Habour youngster and shook his hand.

Meghan looked effortlessly flawless in ripped blue jeans and a white shirt, shielding her eyes with a pair of dark glasses.

Bailey was in Canada to watch his father Sean Lawler compete in wheelchair tennis, but his mother admitted they missed most of the match chatting with the royal.

Lucky mum Kylie Lawler said the pair seemed very relaxed as a couple while taking the time to talk with her and Bailey. 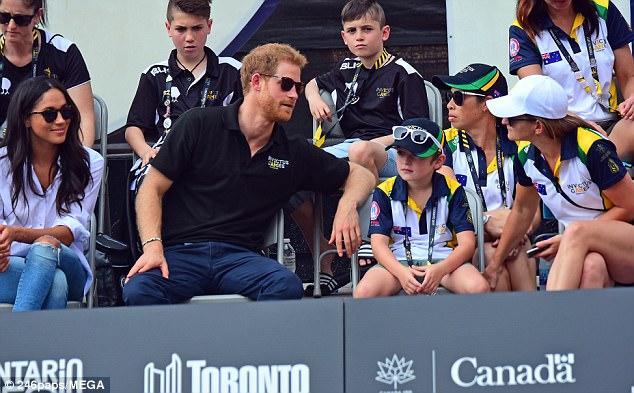 The pair looked at ease as they put on a loved up display, despite the attention of the world’s media 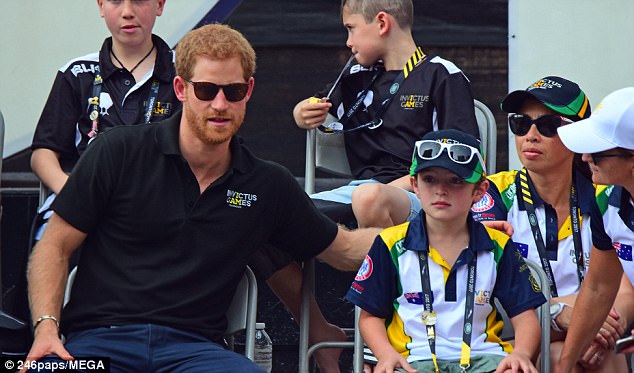 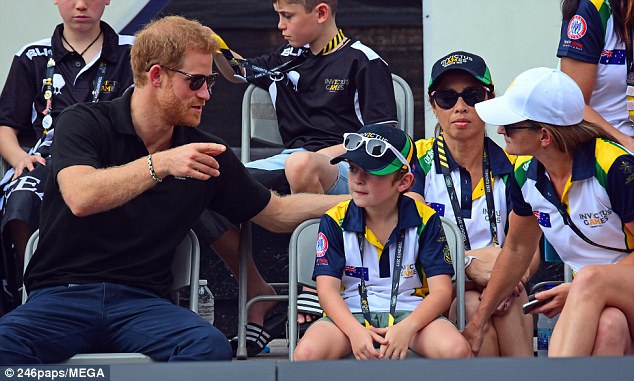 ‘She was excited to be here and lovely,’ she told British media.

‘I missed half the game because we were chit-chatting. I don’t think my husband will forgive me.’

Mrs Lawler told the UK Telegraph she had only found out the esteemed couple would be joining them half an hour before their appearance.

It was their first official public appearance together as a couple arriving for the Invictus Games wheelchair tennis in Toronto holding hands. 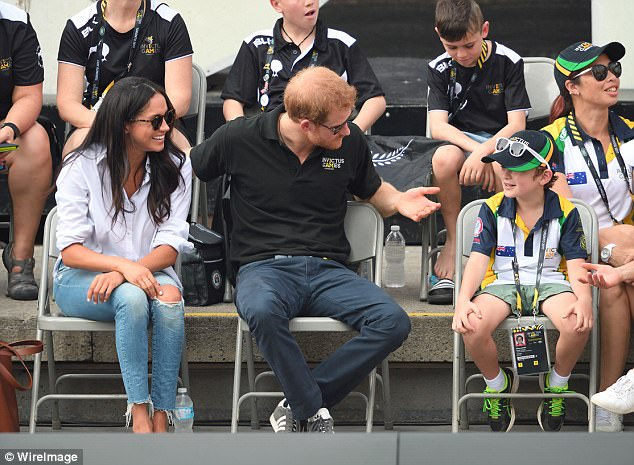 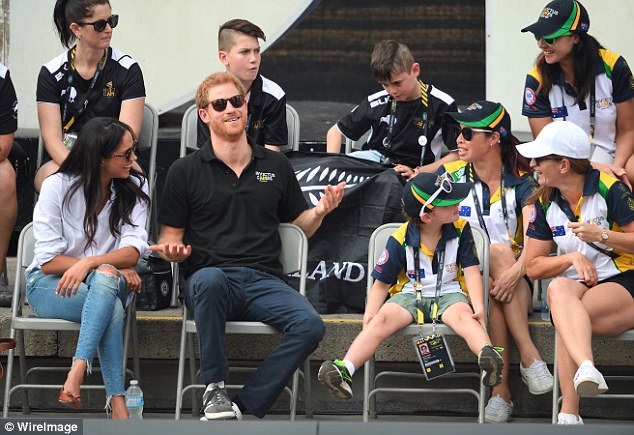 Meghan looked relaxed in ripped blue jeans and a white shirt, shielding her eyes with a pair of dark glasses 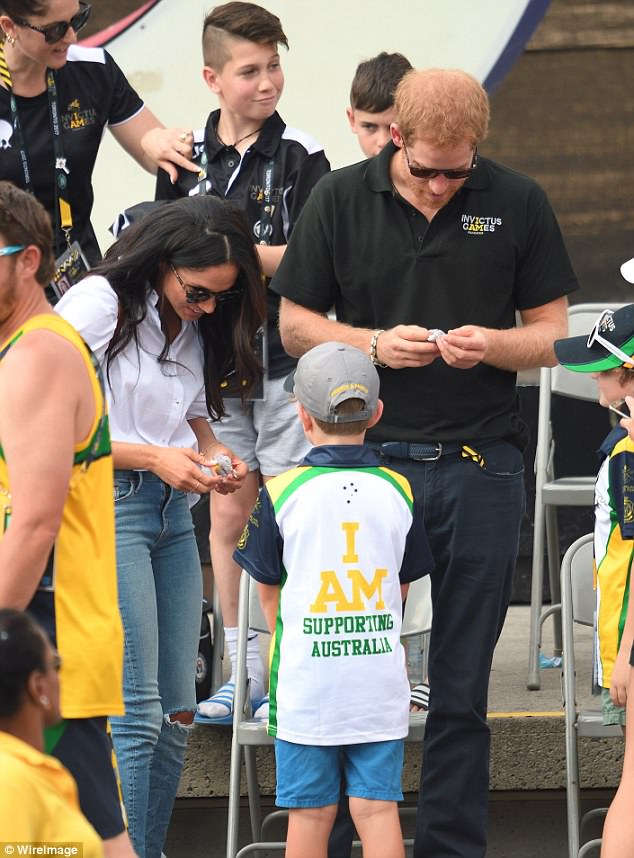 It was the pair’s first official public appearance together, arriving for the Invictus Games wheelchair tennis in Toronto holding hands