He created some of the most iconic characters in Australian comedy.

But when this once well-known star appeared on The Morning Show on Friday morning, fans no doubt had to take a second look to recognise him.

As the famous comedian chatted away on the Channel Seven breakfast program, the comedian was still full of life, and cracking plenty of jokes.

Do you recognise this famous Aussie comedian? Funnyman looks different during The Morning Show appearance  on Friday morning

On the comedy classics, the funnyman had created a slew of characters including Wayne, the campy flight attendant.

He also performed alongside Magda Szubanski and Eric Bana, and did a number of impressions including of Clive James and Clive Robertson in the hilarious shows.

During The Morning Show segment this week, Michael was only too willing to speak about his time on Fast Forward, which ran from 1989 to 1992, and its predecessor, Full Frontal.

‘Who is that young man with that smooth complexion and head of hair?’ he joked to the show’s hosts Larry Emdur and Kylie Gillies. 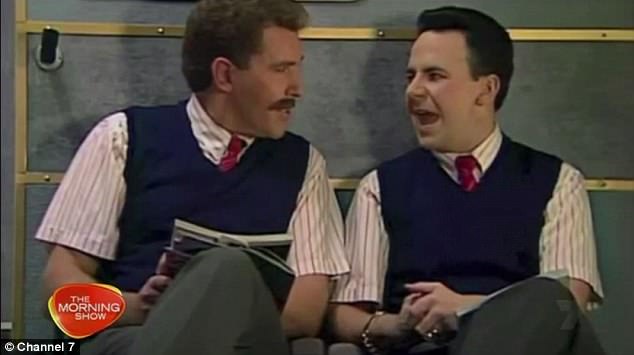 Comedy gold! Michael Veitch was responsible for creating and playing the campy flight attendant Wayne (Michael pictured, right) on Australia classic Fast Forward,  who the funnyman said became one of his most popular creations

‘It’s lovely seeing it, it seems so long ago now – it’s almost like you’re a different person looking back into it, but when I see it [the sketch], I remember it.’

On the show, the comedian claimed his big break occurred by ‘happenstance’ while he was studying at Melbourne University, which was around the same time ABC was looking for another sketch show.

‘They came and picked us up after seeing a Melbourne University revue,’ the comedian explained.

‘That’s the way it happened back then, it was all very analogue and organic.’

On his time in comedy, Michael said it was the ‘politically incorrect’ characters who remained in people’s memory, with the airline stewards (who were also portrayed by Steve Vizard) being particularly iconic.

He also mentioned that Kelvin Cunnington was a popular character, with his shtick being that he laughed at a number of inappropriate things.

These days, Michael is a writer of war history and has penned eight books about the subject, including four which detail stories of the airman of World War II. 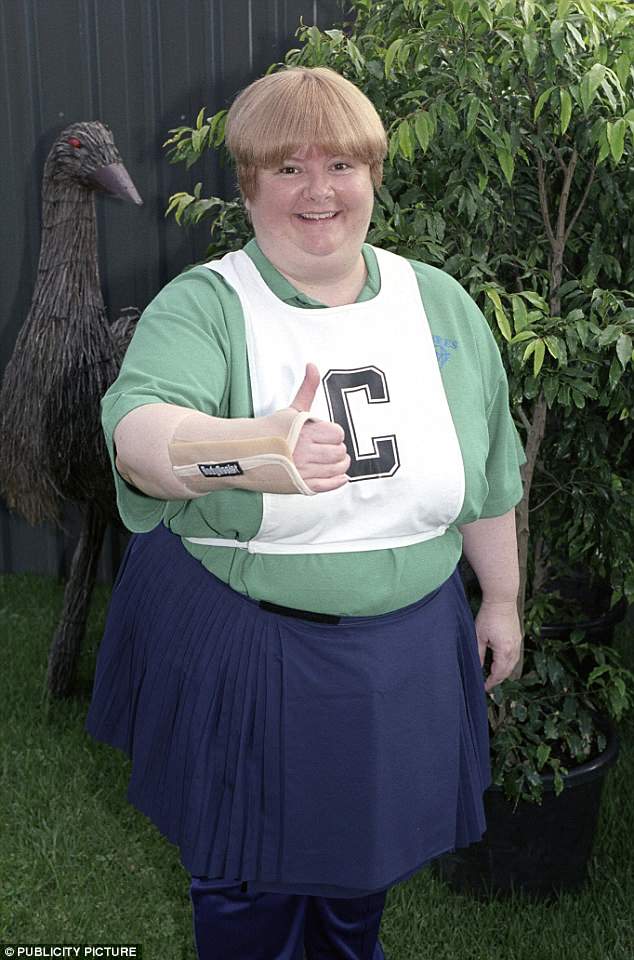 Star makers! In the interview, Michael, who rose to fame with the likes of Magda Szubanski (pictured), said it was the ‘politically incorrect’ characters who proved most popular

The comedian, however, said he hasn’t forgotten his roots and tries to crack jokes wherever he can.

‘I always slip in a couple of laughs on stage, no matter what I do,’ he said.

After Full Frontal, which ran from 1993 to 1997, Michael appeared in short-lived sketch show Let Loose Live in 2005 before going on to present arts-based shows. 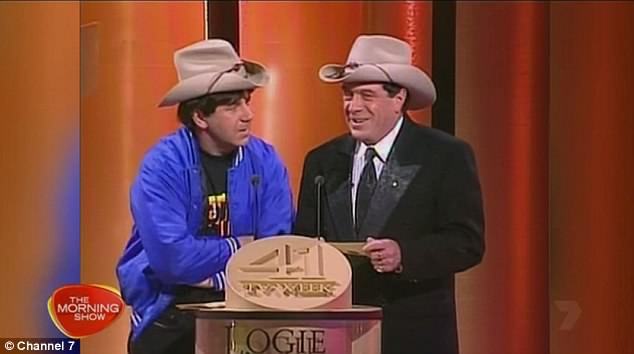