Australian Covid cases drop to their lowest levels with 1,036 in Victoria and 177 in NSW

Vic Health confirmed 12 new deaths on Sunday morning, and thanked 22,000 residents for getting vaccination over the past 24 hours.

The case numbers mark a significant reduction in fresh infections after the state recorded 1,355 on Saturday.

NSW had one new death overnight on Sunday and announced that almost 94 per cent of people over the of 16 have had at least one dose of a Covid vaccine.

State leaders repeatedly warned that easing restrictions would most likely prompt an explosion of new cases throughout October, but figures in NSW have continued to drop.

Melburnians flocked to Play On Victoria on Saturday in the first major live music event to happen in the state since the city came out of lockdown (pictured: young revellers) 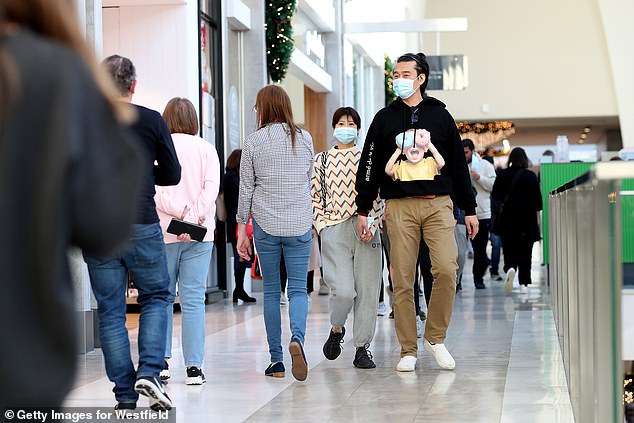 There are 702 Victorians fighting for live with Covid in hospital. Pictured: People shopping at Westfield Doncaster on Friday

There are 702 Victorians fighting for live with Covid in hospital – 128 are in ICU and 80 are on ventilators.

Further north, 340 people from NSW are in hospital, including 78 in ICU.

On Saturday afternoon, protesters waved placards calling for the resignation of premier Daniel Andrews as they marched towards Parliament House in East Melbourne.

One demonstrator was filmed being tackled to the ground by officers after jumping on a police vehicle.

Protesters are outraged over plans for the state government to introduce new state of emergency laws that would give Mr Andrews sweeping powers to impose lockdowns and restrictions. 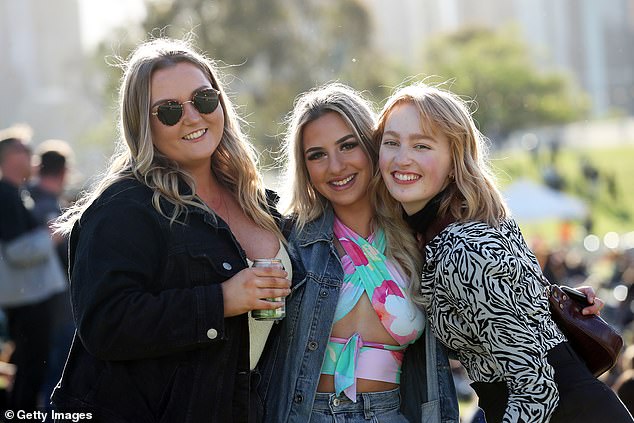 There were 68,484 tests processed and 22,455 COVID-19 vaccine doses at state-run hubs on Friday (Pictured: Melburnians at Play On Victoria) 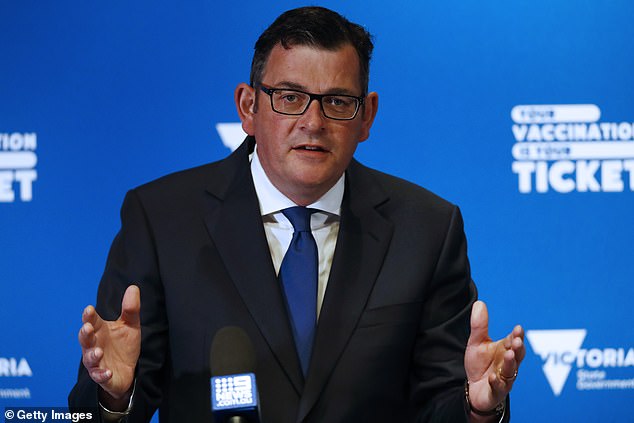 About 78 per cent of Victorians aged over 16 are now fully vaccinated.

Vaccinations have also been mandated for all retail workers with Mr Andrews telling staff they will need to have received at least one dose by Friday.

Thousands of workers from all types of retailers have been affected, including staff at florists, fashion outlets, furniture retailers, stationery stores, technology vendors.

Melbourne and Victoria’s regions were reunited after coronavirus restrictions eased at 6pm on Friday, ahead of the state hitting its 80 per cent full vaccination target at the weekend. 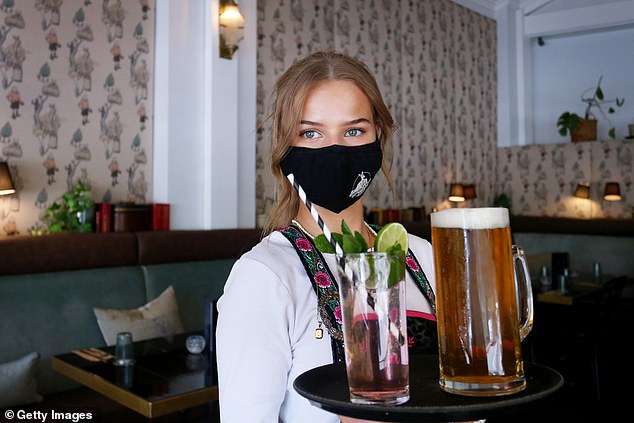 Pictured: A bartender at the Southern Highlands Brewing and Taphouse on Saturday in Moss Vale, Sydney

The border between Melbourne and the regions has now come down, masks no longer need to be worn outdoors, and capacity limits increased for restaurants, pubs and cafes, and indoor entertainment venues, gyms and retail reopened to fully vaccinated patrons.

But about 500,000 Victorians have yet to receive their first vaccine dose, with only 83 per cent of people aged in their 20s getting a first jab.

The Therapeutic Goods Administration has also granted provisional approval for the Pfizer booster, which would be given six months after the initial course of the vaccine.

The decision on whether to roll out the booster shots across the country is dependent on ATAGI advice.

The top-up Pfizer shot could be made available to all Australians over 18 in a matter of weeks, regardless of what vaccine they were given previously.

Severely immunocompromised Australians have already been eligible for a third dose.