Fletcher Ponting, five, has almost died twice in his short life, with his former Test captain father forced to watch on helplessly on both occasions.

When Fletcher was just six weeks old he fought and won a desperate battle with meningitis – spending weeks clinging to life in ICU.

The Ponting family’s world was turned upside down when at eight months old Fletcher contracted an infection during a hernia surgery.

Ricky Ponting is pictured with wife Rianna and children Matisse, Fletcher and Emmy

Ponting recalled the night the infection shut down his son’s body as the cricket great stood by while more than 15 doctors and nurses battled to save the boy’s life.

‘He was just limp. I thought to myself, “He’s gone!” Every nurse and doctor from the level rushed into the room at the same time – it was like a code red,’ Ponting told The Herald Sun.

‘It’s where your mind goes. Your body goes numb. You are helpless. There’s nothing scarier.’

The MRSA infection took hold of Fletcher within days of his operation and left him in agony.

‘I thought he was going to come out with his whole right side cut out. Luckily, they got it before it got into his flesh and took over his body,’ Ponting said.

Ponting said he was glad his wife Rianna wasn’t in the room that night because it would still be ‘haunting her to this day’.

The family know how lucky they were Fletcher overcame two potentially fatal situations – especially after their experiences with the Ponting Foundation. 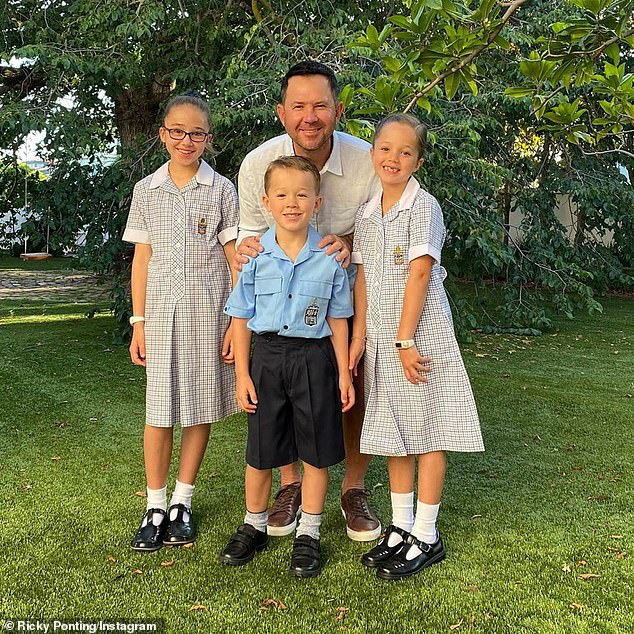 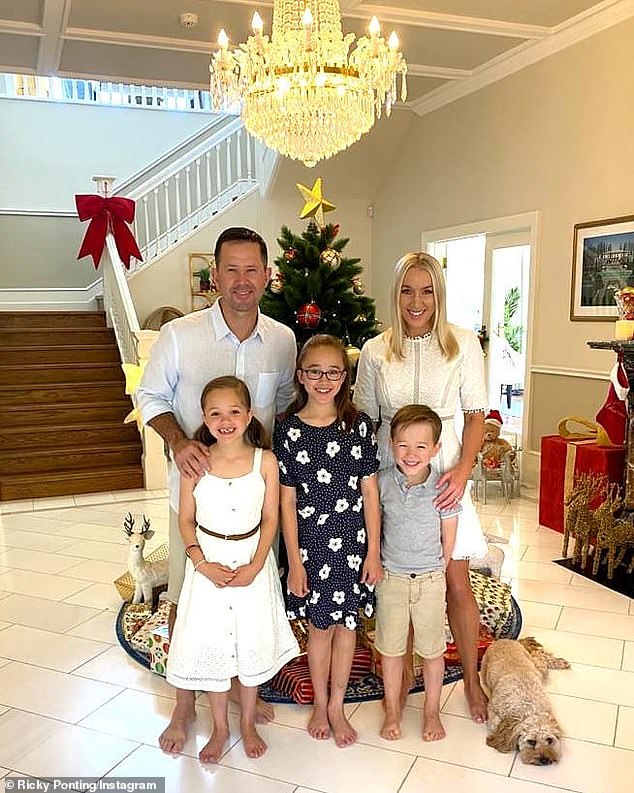 They started the foundation in 2008 when they paid a life-changing visit to the Royal Children’s Hospital in Sydney after being invited by former Wallaby Phil Kearns.

Ponting remembered one of the moments which changed him forever.

‘We got to the chemotherapy ward where there was a 13-year-old boy… and he’s attached to all these machines and tubes are coming out of him,’ he told The Howie Games.

‘He must have been a cricket fan … I got up close to the glass, he saw me by the window and he sat up in bed and his face lit up.’

Through his excitement the teenager tried to stand, but was in so much pain he collapsed and vomited.

‘Once we got out the front both of us just started bawling our eyes out at what we’d just seen,’ Ponting said.

‘That was the line in the sand. It was, “Right, now we’ve got to help these people.”‘

Ever since the Ponting Foundation has been dedicated to supporting families who are battling cancer by providing emotional support and financial assistance.

Most recently the foundation announced $50,000 in new funding for Tasmanian cancer services. 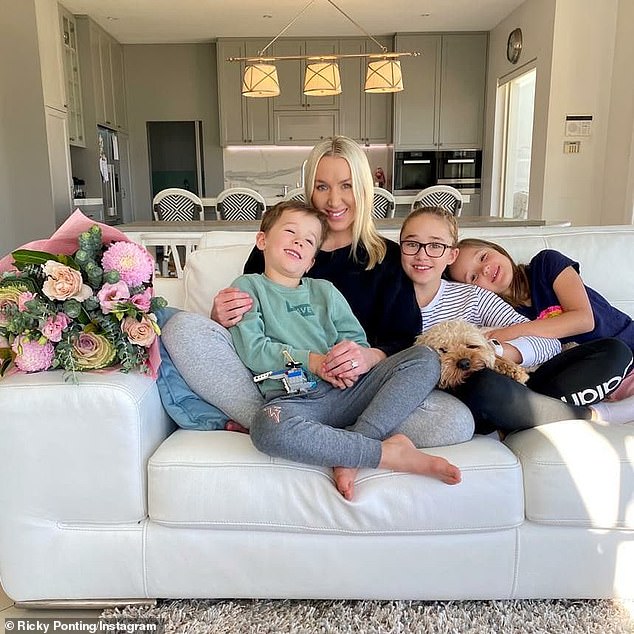 Ponting said he was glad his wife Rianna (pictured with Fletcher, Emmy and Matisse Ponting) was not in the hospital when he thought their son might die because it would still be ‘haunting her to this day’