Australian Test cricketers have taken a knee for the first time ever just ahead of the first ball in the series opener against the West Indies in Perth, but many fans have slammed the gesture as ‘woke’ and ‘virtue-signalling’.

Fans flooded Cricket Australia’s post about the opening game of the Test summer at Optus Stadium with comments about wanting the national team to focus on cricket, not politics

It comes as public interest and sentiment towards the men’s sides has plummeted, with the stadium looking almost completely empty as the game began.

Typically, the side has taken a knee when an opponent has done it, in a show of support and respect to their opponents; and given the West Indies again decided to take a knee in defiance of racism, the Aussie men have done the same.

‘We’ve consulted with the West Indies team, who confirmed they will be taking a knee,’ a Cricket Australia spokesperson told The Age earlier this week.

After singing the national anthems, both teams took a knee; with many West Indian players also raising their fists in a ‘black power’ salute.

But many fans considered it a token gesture that has been overused and lost its power in the fight against racism, which is clearly still so prevalent across the world in spite of the gesture. 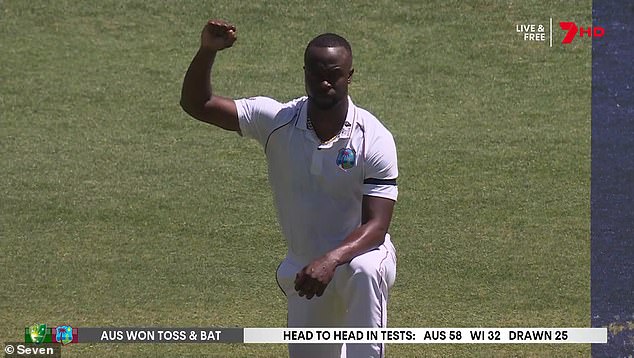 ‘Get back to me when the players are focusing on cricket and not boring, self-righteous, political platitudes,’ one wrote on Cricket Australia’s Twitter post.

‘Are the plonkers taking a virtue-signalling knee?’ another asked, while many said the ‘political wokeness’ was turning them off the men’s game.

That being said, many agreed that it was not the only reason why sentiment towards the team has plummeted, saying it had been ‘poorly run for some time’.

Australian Cricket fans are sick of far left wing woke politics being shoved down their throats by CA and the Captain.

“Pat Cummins is too woke” is a ridiculously simplistic reason why the cricket season is very quiet, sorry. Not saying there’s no one put off by certain cricketers, but it doesn’t go a long way to explaining situation as a whole. Cricket Australia has been poorly run for some time

Yet another multi-millionaire out of touch with the real world. Cricket used to be known as the ‘Gentleman’s Game’. Now it is the Game of the Woke.

Earlier in the week, Daily Mail Australia revealed shocking graphics that show Aussie cricket fans are ‘voting with their feet’ when it comes to attending games.

Tens of thousands of seats went, and still are, unsold – and that’s despite ticket prices as low as they’ve been in recent memory. 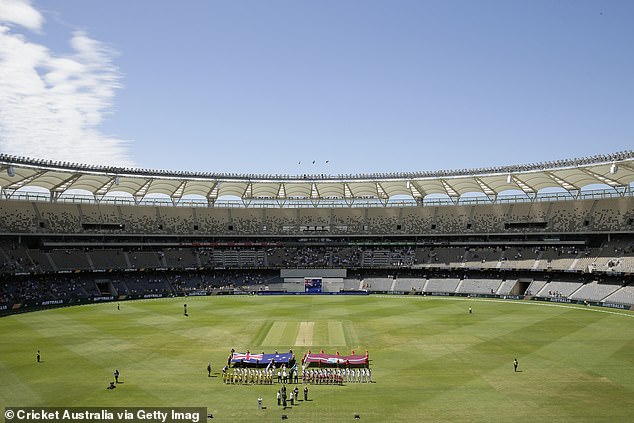 ‘I think we’re going to see it, people will vote with their feet. Whether it’ll be embarrassing or not, that’s for the people to decide but I think it’s going to be very low.’

‘It could be a record-low West Australian Test.’

Earlier, the two sides also participated in a Barefoot Circle, as a show of respect to Indigenous peoples, with Optus Stadium on Noongar country. 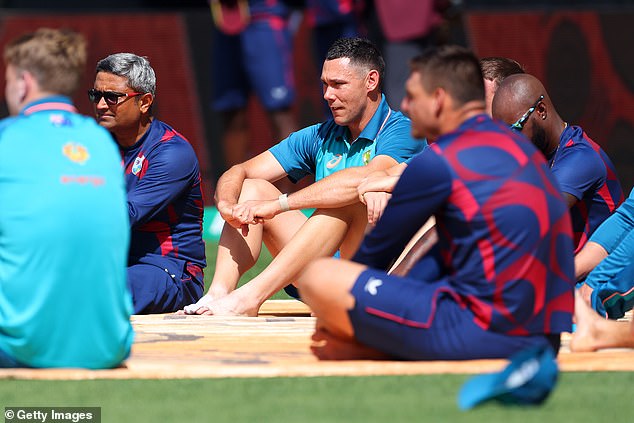 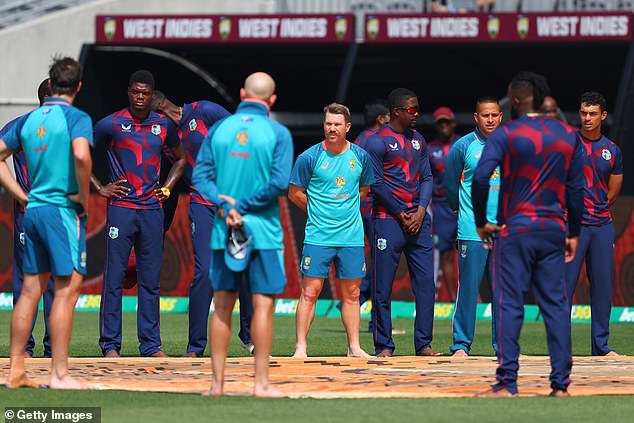 Players do the circle barefoot as a way to connect to country. Optus Stadium in Perth is on Noongar land 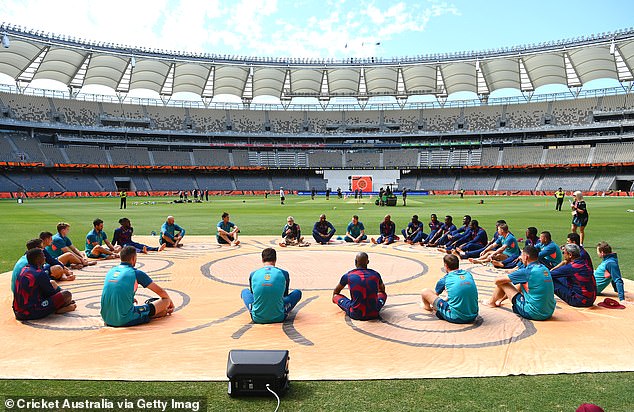 According to Cricket Australia, the barefoot circle is a cricket centric way for players and teams to take a moment prior to matches to acknowledge the traditional owners of the land, connect to each other as opponents and pay respect to the country.

This is done barefoot as a way to connect to country, but also a moment to reflect that we are all common ground.