Jai Hindley has agonisingly missed out on his bid to become the first Australian cyclist to win the prestigious Giro d’Italia.

The 24-year-old from Perth finished entered Sunday’s final stage with a narrow lead but wound up 39 seconds behind his British friend Tao Geoghegan Hart after the decisive final-day time-trial.

In one of the closest finishes ever seen in the race, Hindley – who had only been expected to be a ‘domestique’ who does the hard work to set up a teammate for victory – almost became the second Australian ever to win on of Europe’s ‘grand tours’, following 2011 Tour de France winner Cadel Evans.

Hindley and Geoghegan Hart had started the final 21st stage on effectively level on time with the Australian just 0.86 seconds ahead of his British rival, and with the advantage of riding last in the 15.7km time trial.

The West Australian gave everything in a courageous ride as he powered through the streets of Milan yet it was quickly evident at the interim time checks that he was losing time to Geoghegan Hart.

The Briton had beaten Hindley 7-2 in their previous time trials and once again proved too accomplished when it mattered.

It all left Hindley, who could only finish 38th in the time trial, feeling downcast as he reflected on how he had almost joined the winner’s list on the historic event.

‘It’s pretty hard to take because I was so close,’ he said. ‘But when I look back, I’ll be super-proud of what I’ve achieved.

‘These are massive steps forward in my career. These are three weeks that I’ll never forget.’

Hindley said he was thrilled with all the messages of support he had received from fans throughout Australia.

‘I want to thank everyone who stayed up to watch me,’ he said. ‘It’s really unbelievable the support I’ve had.’

By achieving the best-ever result by an Australian in the Giro, Hindley has transformed his standing in the sport over the past week.

As he cycled into sight of Milan’s famous Duomo cathedral, Britain’s former Tour de France champion Bradley Wiggins, commentating on Eurosport, declared: ‘We’re going to be talking about this man a lot for the next 10 years. He’s been fantastic.’ 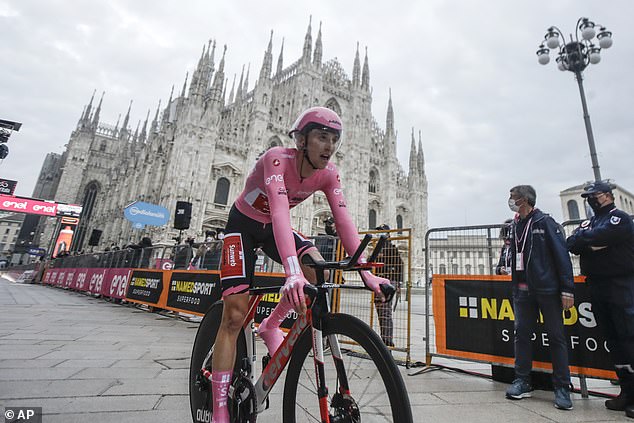 Hindley’s Team Sunweb teammate Wilco Kelderman of the Netherlands was third overall at the end of the three-week race.

Like Hindley, Geoghegan Hart, who finished 13th on the stage, had expected only to play a support role for his Ineos team leader Geraint Thomas but when the Welshman crashed out, everything changed.

‘It’s incredible,’ he said. ‘It was impossible for me to even think about winning the Giro when we started in Sicily.

‘All of my career I have dreamt of being top 10 or top five in a race like this. During the ITT (individual time trial) my DS (sports director) told me I was faster than Jai Hindley.

‘When my DS told me not to take risks in the final part I understood I was close to the victory.’ 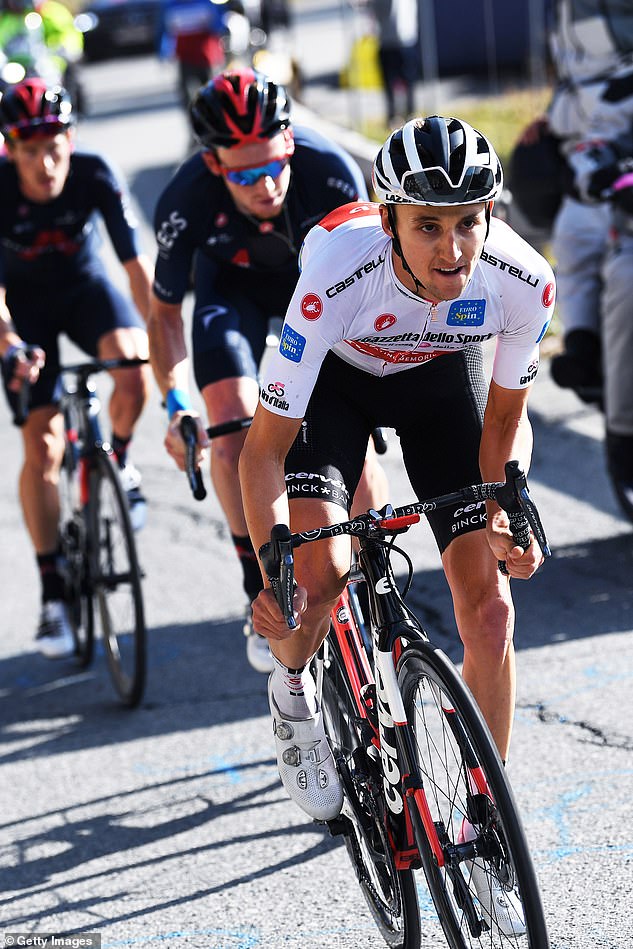