Allowing smokers to use more than one therapy at a time would make it more accessible to those at the poorer end of the spectrum, according to the Royal Australian College of General Practitioners.

Figures used in a new report by the RACGP showed just 6.5 per cent of those in the highest socio-economic areas smoked daily, but that figure almost tripled to 17.7 per cent in the lowest.

Smokers would be more likely to quit if the government funded two quit-smoking medications rather than one, according to Australian doctors

The Pharmaceutical Benefits Scheme subsidised by the Australian government only allows one treatment a year for a maximum of 12 weeks.

‘Rather than having patients do it once a year it would be much better if we were able to prescribe and patients receive subsidised treatment more than once of year,’ he told The Sydney Morning Herald.

The changes were recommended by the association’s president as the RACGP added vaping to its list of aids for those looking to quit cigarette smoking.

Doctors advised while there was no official standard for what goes into e-cigarettes, vaping involves fewer toxic chemicals and carcinogens than cigarettes. 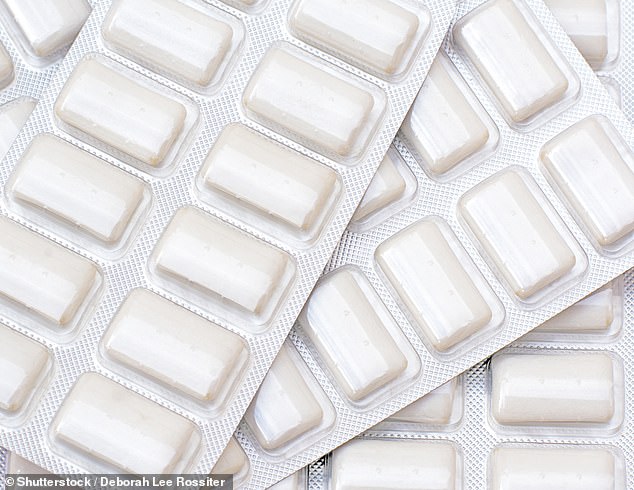 Researchers said e-cigarettes could therefore be used as a second line of defence for those looking to quit smoking.

Nicholas Zwar, who chairs the guide’s advisory group, said the lack of tested and approved e-cigarettes meant there were other alternatives preferred for countering smoking.

Those alternatives include using nicotine gums and patches – accompanied by behavioural support from a patient’s doctor.

But Professor Zwar said it could be cautiously considered as a support therapy and added research showed two forms of nicotine replacement were better than one.

‘The therapies that have been tested and been through therapeutic approval would be the first choice,’ Professor Zwar said.

‘If you are a health practitioner the problem is you do not know exactly what is going to be in any e-cigarette product – it is not standardised.’

The second edition of the RACGP’s Supporting Smoking Cessation report published in December 2019 lists nicotine-containing e-cigarettes as their 15th and final recommendation for fighting a smoking habit.

What is an e-cigarette and how is it different to smoking tobacco?

An electronic cigarette (e-cigarette) is a device that allows users to inhale nicotine by heating a vapour from a solution that contain nicotine, propylene and flavourings.

But while they have been branded as carrying a lower risk than cigarettes, an increasing swell of studies is showing health dangers.

E-cigarettes do not produce tar or carbon monoxide, but the vapor does contain some harmful chemicals.

Nicotine is the highly addictive chemical which makes it difficult for smokers to quit.

Very similar to normal e-cigarettes but with sleeker design and a higher concentration of nicotine.

Thanks to its ‘nicotine salts’, manufacturers claim one pod delivers the amount of nicotine as a pack of cigarettes.

It is composed of an e-cigarette (battery and temperature control), and a pod of e-liquid which is inserted at the end.

It is known as a ‘heat not burn’ smokeless device, heating tobacco but not burning it (at 350C compared to 600C as normal cigarettes do).

The company claims this method lowers users’ exposure to carcinogen from burning tobacco.

Researchers in the UK found heavy smokers who switched to e-cigarettes started to see their risk of heart disease fall within a month.

The scientists stressed non-smokers should steer clear of e-cigarettes, because the devices come with their own harms.

But for ‘chronic’ tobacco smokers – those who have smoked at least 15 cigarettes a day for two years – switching resulted in an almost immediate benefit.