‘Literally my worst fear’: Shocked driver finds a HUGE huntsman spider crawling out from under her rear view mirror while going 100km/h down the freeway

A driver was given the fright of her life when a huge spider crawled out from behind her rear vision mirror while heading down a freeway.

Monique Fogarty was travelling down the Tuggeranong Parkway at 100km/hr on Friday when the huntsman spider peeped out from behind her rear vision mirror.

Ms Fogarty said despite the initial shock she was able to stay calm and keep the car on the road when she saw the spider.

‘I squealed as it gave me a fright when it came out of nowhere but after the initial fright I was calm and unbothered,’ she told Daily Mail Australia.

‘I know huntsman spiders aren’t harmful and that it wouldn’t do anything until I could pull over safely.’

Ms Fogarty said she’d seen the spider infrequently over the last few months but hadn’t been able to catch it.

‘I had seen the huntsman on my car a few times over the past few months but it always managed to hide away again before I could shoo it off,’ she said. 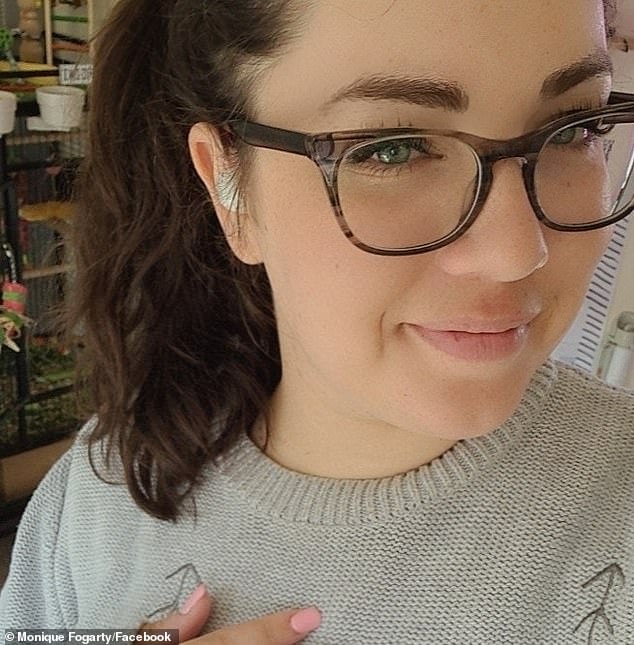 Ms Fogarty admitted it wasn’t the first time that she’s run into the spider while driving.

‘Once before, it was likely the same spider and my daughter saw it sitting next to the front passenger seat window. That time I just put the window down and shooed it out then put the window back up,’ she said.

When it was time to part ways with the spider Ms Fogarty pulled over and calmly carried it out of the car with hands.

‘I got off the parkway and pulled over safely then opened my door, cupped it in my hands and popped it on the ground to head into the nearby bushland,’ she said.

Despite her calmness while dispatching the spider, she said she won’t go looking for more. 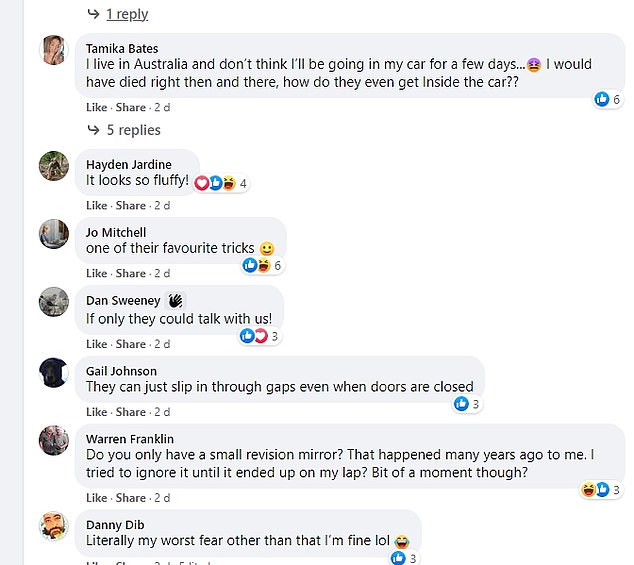 ‘I’m sure it was just the momentary adrenaline. I definitely wouldn’t normally pick them up,’ she said.

Ms Fogarty posted a picture of the spider to an Australian spider identification page where some shared their horror at the visitor.

‘How do ya’ll even live over there with them things?,’ one wrote.

‘I live in Australia and don’t think I’ll be going in my car for a few days… I would have died right then and there, how do they even get Inside the car?,’ another commented.

‘Literally my worst fear other than that I’m fine,’ added a third.

But others were impressed for the healthy-looking huntsman.

‘He so cute. I would’ve popped him on the passenger seat, & chatted with him,’ commented one.

‘It looks so fluffy!,’ another wrote. 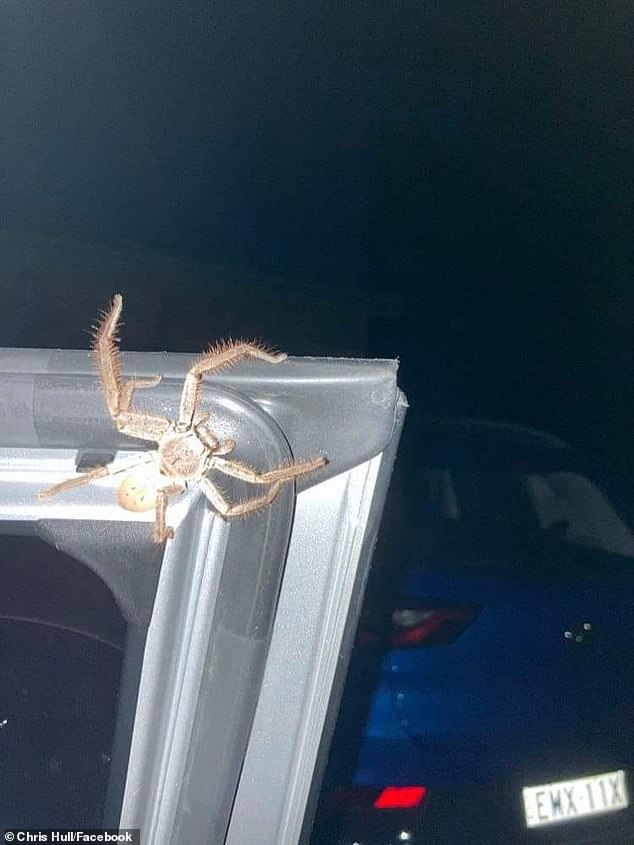