An Australian mum has issued a warning to travellers to be wary of adventure  activities while overseas after she and her family almost died in a ‘nightmare’ white water rafting experience in Bali.

Aimee Everard was holidaying in Bali, Indonesia, two weeks ago with her husband, their two kids – aged seven and nine – and her mother, when their raft capsized as they made their way down the Ayung river, in the island’s southeast.

Ms Everard’s mother was swept down stream and out of sight, leaving the family helplessly waiting by the riverside fearing she was dead – until she later emerged from the water with rescuers some hours later.

Prior to boarding, Ms Everard said she and her husband checked multiple times with the company that their children were old enough to participate and were told it was suitable for anyone older than five.

But Ms Everard, who found rafting in Bali when she was a child so safe it was almost boring, was shocked the river was so ‘hectic’, with the rapids raging due to recent rain.

While the first part of the ride went fine, disaster struck when the family heeded the guide’s instruction to paddle their boat over a waterfall.

‘Our boat was instantly squished together from front to back and we were stuck at the bottom of the water fall in the most powerful water!’ Ms Everard wrote in a post on Facebook.

‘Our guide was thrown out and my mum was sent straight under water under the boat, my husband and I clinging to our children.

‘We couldn’t get to my mum we were stuck in this suction of water fearing we were going to go under also with our kids!’

Ms Everard said another other boat that was travelling behind them didn’t realise the family were stuck and came down the waterfall and struck their boat.

The boat was dislodged from its position.

Everyone in the second boat also ended up in the river, Ms Everard said, with one girl going straight under, just like her mother.

As Ms Everard and her husband concentrated on trying to look after their children, with her mother started floating down the river, desperately trying to cling onto anything she could. 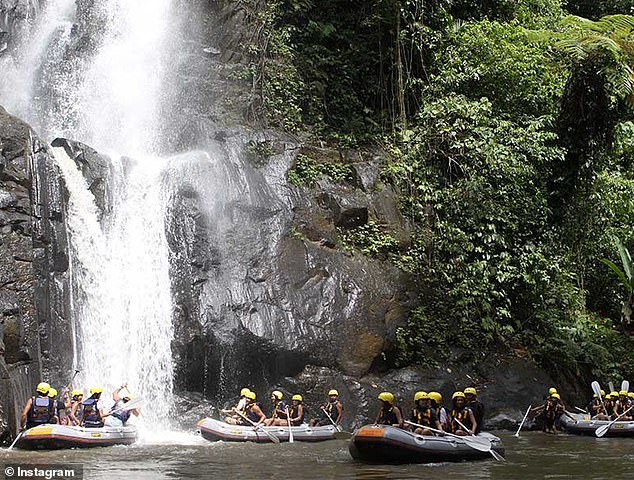 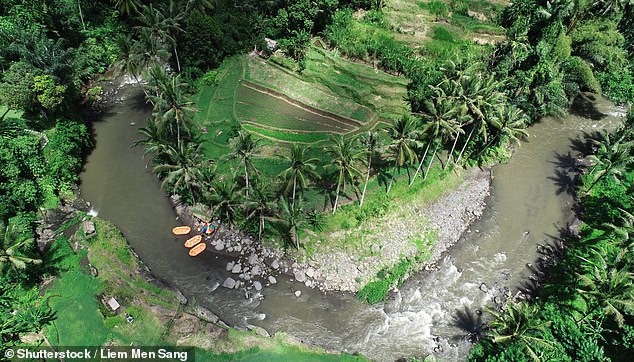 ‘We scooped our guide into the boat and managed to get a stray paddle, and two German tourists from the other boat [who were] in the water!’ she said.

‘We managed to pull the boat into the side and get out with the kids, my husband sprinting through the jungle on the side of the river to keep mum in his sights but to no avail, the river was just too fast!

‘Mum floated away in front of us, we could do absolutely nothing to get her!’

Ms Everard said the guide and a German man ‘selflessly’ jumped in a boat and set off to find her mother as they stood helplessly waiting on the shoreline wondering if she had survived.

‘If we jumped in we would have risked drowning also as one boat would not have been able to save both of us!! I stood there with my kids and my husband not knowing what to do! We were just stranded and helpless!’

‘I’ve never felt more helpless or despaired in that moment!’

Ms Everard said she and her husband made the decision to leave and trek up the mountain to get their children to safety all while thinking her mother was dead.

However, their dread was soon replaced with jubilation when they were halfway up the mountain and heard screaming and looked down to find Ms Everard’s mum, the guide, and German guy standing safely on the other side of the river. 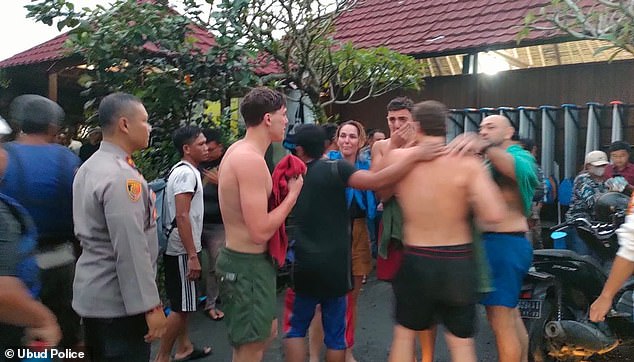 Once at the top of the mountain, Ms Everard said they had to wave down a truck to take them the 40minute drive back to the base to be reunited with her mother and the rest of the group.

When they were finally reunited, Ms Everard said she just ‘grabbed her and sobbed’.

‘We honestly thought she was gone! She would have floated down the river for at least a kilometre if not more!’

‘They saved her. We were so thankful!’

Ms Everard said it was incredibly lucky her mother had ‘her wits about her’ and concentrated on how she was going to try and save herself that say.

She believes if her kids had been the ones to have fallen into the water they would have instantly drowned and will ‘hold onto the guilt’ that she put her children and family in that situation for the ‘rest of her life’.

Ms Everard said she was sharing her experience not to point blame but to call on others to question the safety of recreational activities more before proceeding, saying an American man died in similar circumstances the next day.

According to local news outlet Coconuts, Mr Neil went missing while whitewater rafting on the Ayung River in a group with nine other foreigners. 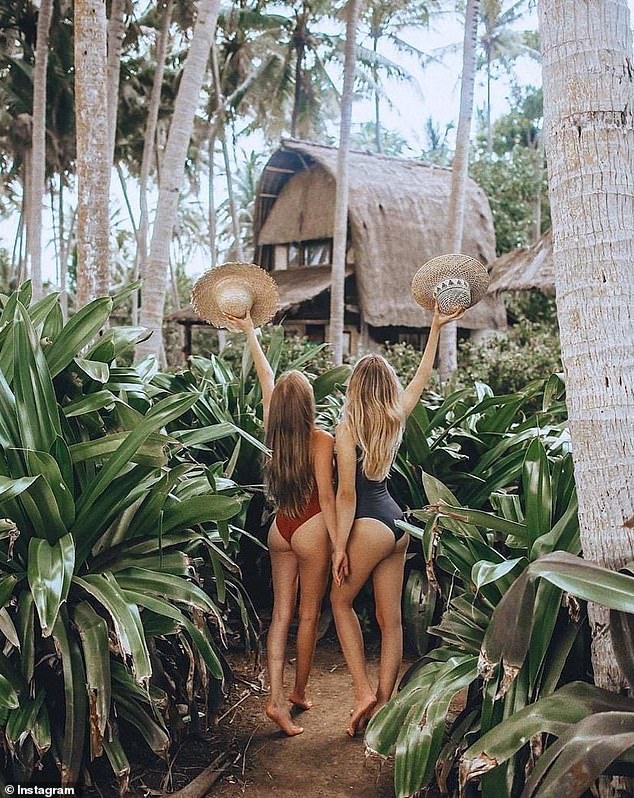 Ms Everard has urged travellers to be cautious and question the safety of overseas adventure activities. Pictured: Tourists exploring Bali

The boat he was travelling in capsized amid the strong current and while guides worked to get tourists out of the water to safety they lost sight of Mr Neil.

Authorities immediately launched a search which lasted seven days before it was called off when efforts to find Mr Neil proved fruitless.

‘We should have been way more aware of the river after all the rain that has been happening! We should have known and I never would have gone!’ Ms Everard said.

‘But we did and it was very traumatic! We nearly lost our children and my mum!

‘Mum has come out of this with five stitches to her hand, cuts and scrapes and in shock! We are lucky!!….We very very nearly were not, and we very nearly lost everything!

‘Please just double question everything like this! I’m not exaggerating it at all, it really was so close!’

Ms Everard’s post has gone viral, racking up more than 3,000 reactions, as Australians rallied to send their well wishes after the near miss.

‘This is like reading a movie script, its absolutely terrifying. Glad you are all ok . Someone was watching over you all,’ one woman said.

‘We are bringing all our children in December, the youngest will have just turned 8. My fiancé read he was at an ok age to do it, but I was not going to have it…this has helped prove my mothers gut instinct. Thank you,’ another said.

‘How scary for you all. So happy your mum and children were safe,’ a third said.