A remote fisherman’s utopia is up for grabs for the first time after its long-term owners decided to sell up.

Sweers Island, an 8km-long by 2km-wide stretch of land that sits off the coast of North Queensland’s Gulf of Carpentaria, regularly attracts those combining a holiday with fishing.

The island’s 30-hectare ‘resort’ was listed for sale since last week and includes two houses for management and staff, various-sized cabins and hire boats.

The large fish bounty is the resort’s drawcard. Pictured, fisherman at the Sweers Island Resort after a big day on the rods 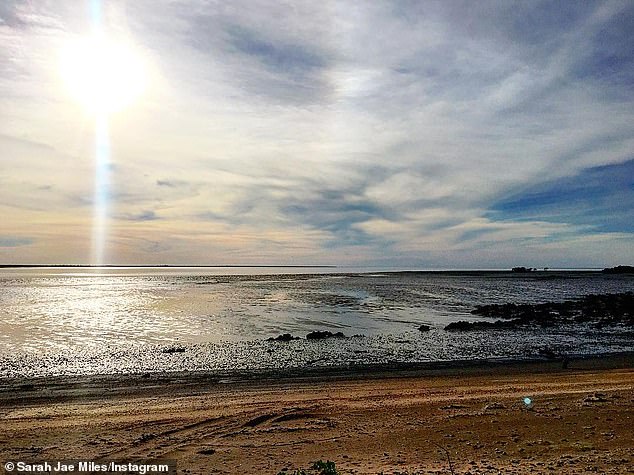 The 1,100 hectare-island (pictured) has miles of beaches with plentiful marine and bird life on and around it 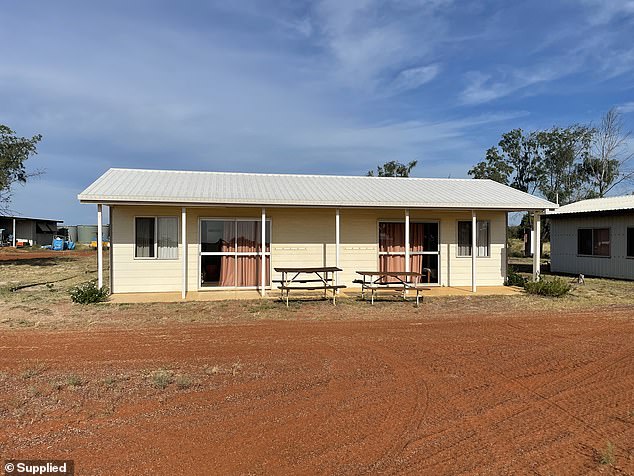 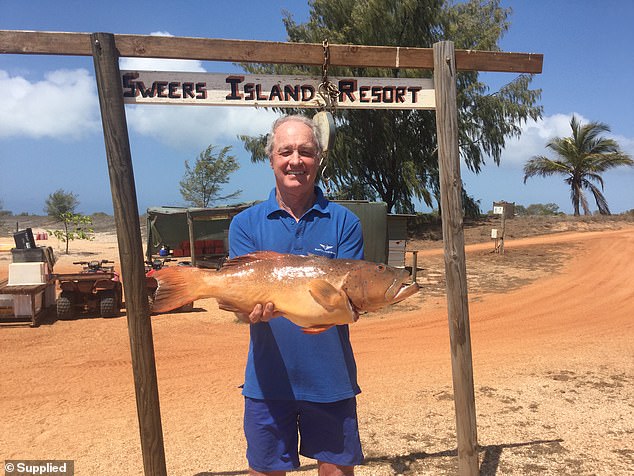 Fishing is the island’s major attraction, with a realtor saying, ‘they’ve got some of the biggest coral trout in Australia – the ones they are catching up there are just huge’ 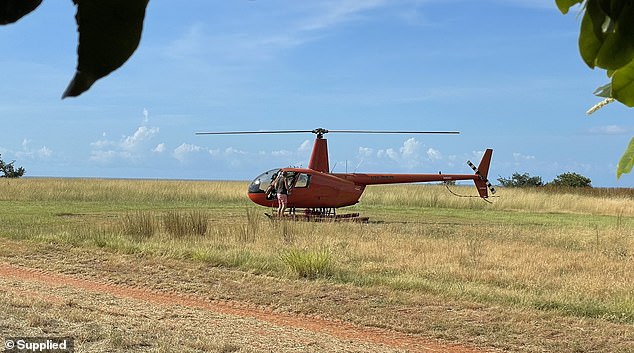 Richard Vanhoff from Private Islands Online told Daily Mail Australia the biggest drawcard was the fish – some as long as 60cm.

‘They’ve got some of the biggest coral trout in Australia, which I think is the trophy fish for most fisherman – the ones they are catching up there are just huge,’ Mr Vanhoff said.

Tex and Lyn Battle, who were granted a perpetual lease over the island 34 years ago, are selling the tourism business for a cool $3.95million.

Mr Vanhoff said the resort had so far attracted about 50 enquiries, of which 15 were considered as serious about acquiring the property.

The realtor said the property works well as a five-months-a-year business, bringing in revenue ‘as good as a 12-month year’.

‘One thousands nights this year so far have been booked – that’s huge,’ Mr Vanhoff said.

The owners of the resort manage the 1,100-hectare island as caretakers.

Sharks are seen in the area, but are pretty well fed with the abundant fish in the waters, while only one crocodile has been spotted in the last five years.

The island offers a perpetual lease for tourist operators with minimal outgoings and no rates need to be paid.

Garbage facilities are taken care of by a barge that comes regularly, as well as providing the island with all their goods from the mainland.

It is off the grid, and relies on solar-and gas-powered hot water services, and power which is created and stored through a generator. 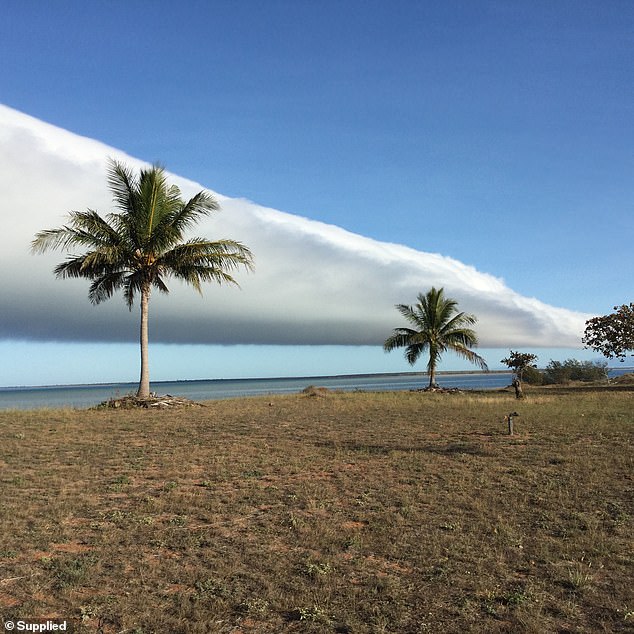 The owners of the resort would have access to the rest of the 1,100 hectare island (pictured) as caretakers, which has seen only one crocodile in the last five years 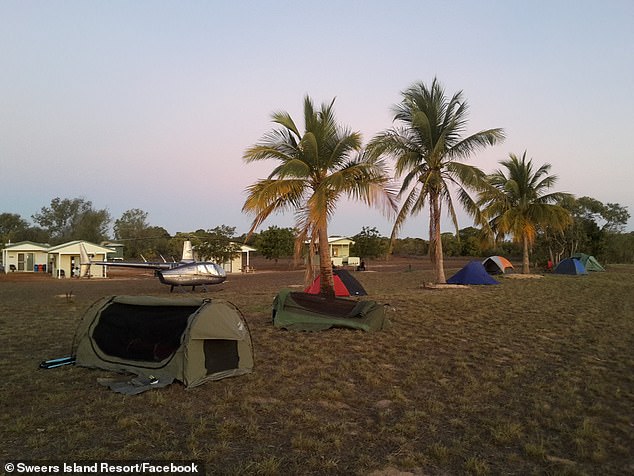 The island is off the grid and relies on solar-and gas-powered hot water services, with power created and stored through a generator – yet internet is readily available

It has a licensed bar and open-air dining facilities. There are two private airstrips and a private aircraft hanger on site – plus sheds, workshops, quad bikes, two Toyota utes and a ride-on mower as part of the deal.

internet and mobile reception is available for Telstra users.

Local competition is scarce with no other land for lease as a resort business on the islands within the Gulf of Carpentaria.

The island has miles of beaches and plentiful marine and bird life.

It has a dry tropical climate with the average daily maximum temperature ranging from 24C in June to 35C in December.

Mr Vanhoff expects to wrap up the sale next month. 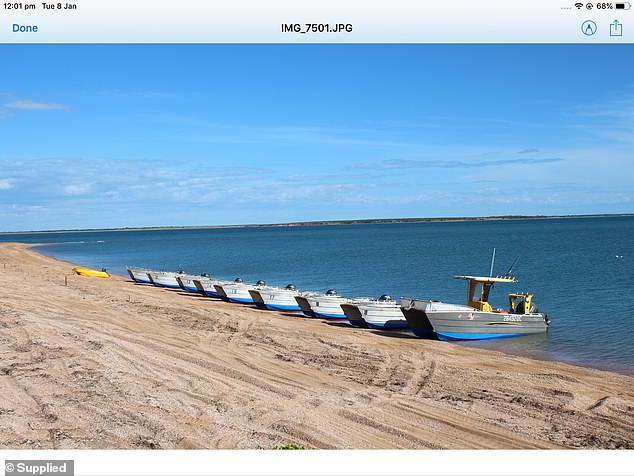 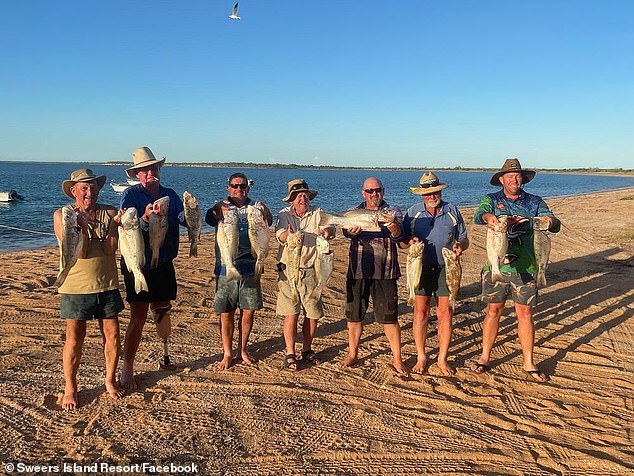 Up to 1,000 bed nights have been booked already for 2022, attracting mostly serious fishing enthusiasts (pictured) 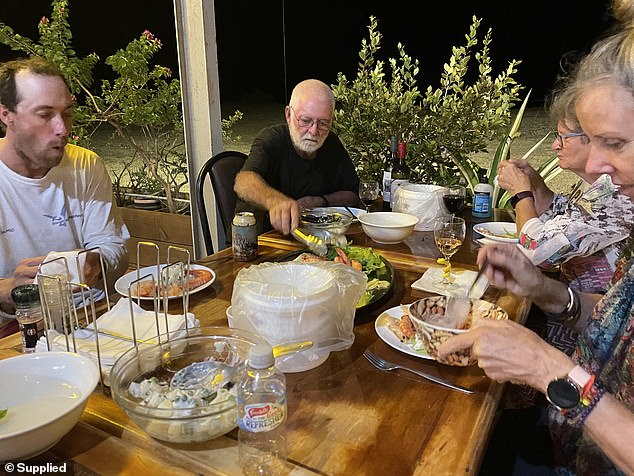 Facilities include an open-air dining area (pictured), and a licensed bar

Privacy: leaseholders are the only inhabitants on Sweers Island apart from guests

Potential excellent income: accommodation averages about $450 per night, and over 1000 bed nights have been booked already for 2022

Access to the rest of the island as caretakers