Australia is in the midst of a terrible flu season, with a 50 per cent spike in the number of recorded influenza cases this year.

So, to help people reduce their chances of being stuck down with a cold or flu, a food scientist has now provided his top immune system-boosting tips.

From vitamin-rich fruit to bacteria-fighting fermented foods, Flannerys Organic & Wholefood Market’s Joshua Gaudry has given a run-down of how to stay healthy.

Fire tonic is a raw, unfiltered version of apple cider which is consumed in 15ml quantities one to three times daily.

It is also a metabolic stimulant, and Joshua said the product has a wide range of health benefits.

‘It’s apple cider vinegar on steroids,’ he said. ‘Fire tonic has a perfect array of warming ingredients including cayenne pepper that’ll be sure to light your inner fire this winter.’ 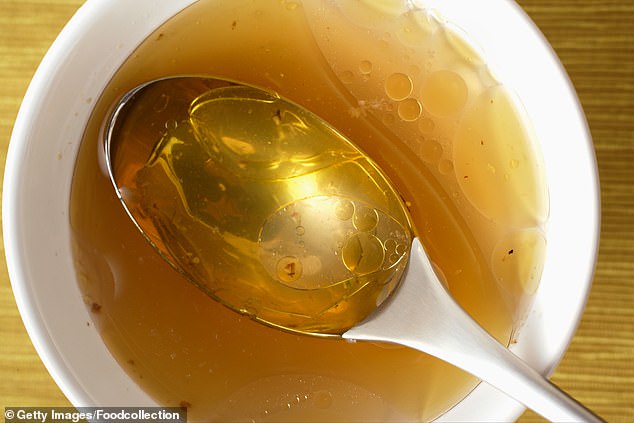 ‘They’re delicious and good for the gut’: Joshua said broths, the soup-esque food which can be either eaten or drunk, is great for the immune system

Joshua said broths, which can be either eaten or drunk, is great for the immune system.

‘They’re not only delicious and good for the gut, bone broths have a wide amount of immune system benefits too,’ he said.

‘In particular, the amino acids in chicken bone broth – such as cysteine and glycine – are building blocks for the immune system.’

The broths are a combination of vegetables, spices and animal bones – and are naturally high in calcium, magnesium and phosphorus content. 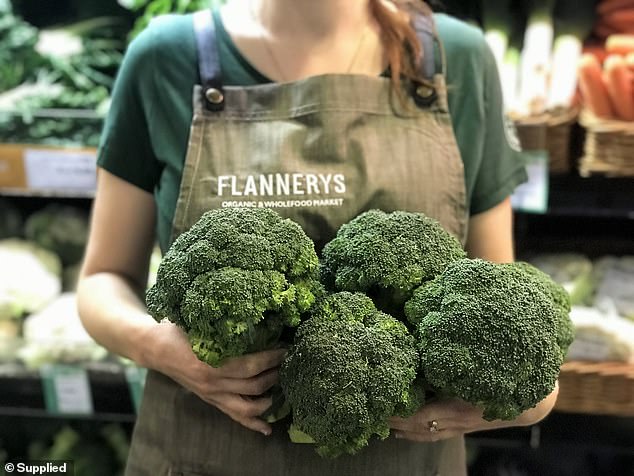 Joshua recommends a solid intake of Vitamin C – which can be found in a range of foodstuffs including broccoli, kiwi fruit, bell peppers and capsicum

Vitamin C can be found in a range of foodstuffs including broccoli, kiwi fruit, bell peppers and capsicum.

It helps maintain skin, cartilage and bones and is particularly useful for fighting the flu.

Zinc meanwhile can be found in pepitas, seafood, cashew nuts and mung beans.

It is one of the body’s most vital nutrients, helping cells fight off cancer and building protein and DNA. 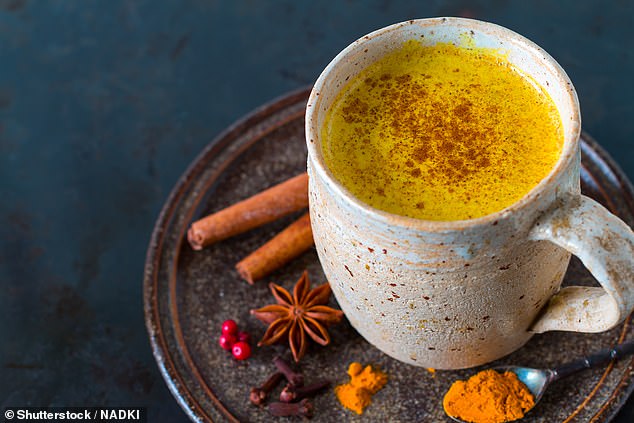 ‘Herbs such as astagalus, Siberian ginseng and reishi mushrooms have been found to boost immunity,’ Joshua said.

He recommends Fusion Health Astra 8 tablets, which contain each of the ingredients and helps the body bounce back from minor infections.

Siberian ginseng is known in the health industry as an ‘adaptogen’, which has reported the reported benefits of strengthening the body and building resistance to stress.

‘They are filled with anti-oxidants, so they’re an easy way to get a lot of the good stuff into you as well,’ he said.

Fermented foods include kefir, kimchi and sauerkraut and help fight bacteria and inflammation.

Kimchi, which is made from fermented vegetables, contains a healthy bacteria called lactobacilli which helps food to digest. 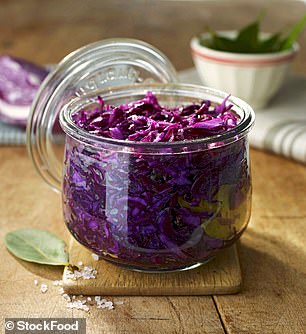 Made from unsweetened milk, a teaspoon of turmeric, ginger and maple syrup, a cup of the drink a day can help clear the sinuses and prevent headaches.

It also has blood-thinning properties which can also improve the circulation of blood in the body.

‘Teas like English Tea Shop and Pukka have a tea for just about everything,’ the food expert said.

The drinks are renowned for their ability to calm the mind, with chai tea among the most heralded for its relaxing properties.

The blend of spices and ingredients can help alleviate nausea, reduce aches and pains as well as support the digestive system.

The powder is known as a ‘superfood’ for its high level of antioxidants, vitamins and anti-aging properties.

‘Grab a bag of cacao powder and you’re good to go for a delicious hot chocolate,’ Joshua said. 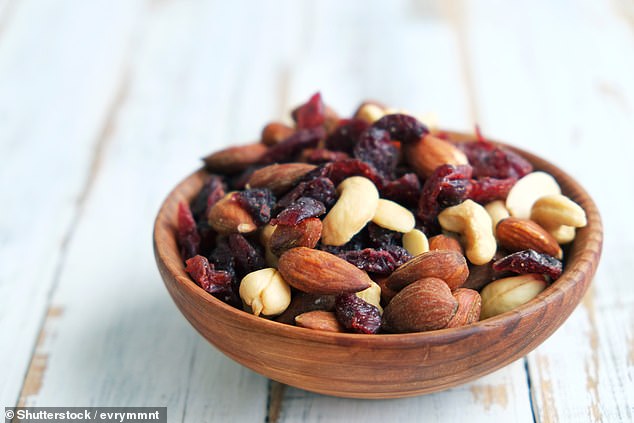 Zinc is also an immune system booster and can be found in pepitas, seafood, cashew nuts and mung beans