The nation’s best hotels and pubs have been named, with prestigious titles honouring the best steak, chicken parmigiana and a ‘cheap eat’ in Australia.

The Australian Hotels Association (AHA) NSW Awards for Excellence 2019 recognised the finest venues in the region across a variety of areas, including food, drink, entertainment and accommodation.

The Thoroughbred Hotel in the historic horse town of Scone was named the best place to grab a steak, while the Prince of Wales Hotel in Gulong received the nod for ‘Best Cheap Eat’ thanks to a menu of remarkably reasonable meals for less than $15.

The Tydvil Hotel and Bistro came out on top in the hotly contested ‘Best Parmi’ category, while the Armatree Hotel in rural New South Wales was named ‘Best Bush Pub’ for its quality beers, tasty food and welcoming atmosphere.

Taking the title of Australia’s ‘Best Bush Pub’ for the second year running at the AHA NSW Awards for Excellence was the Armatree Hotel near Merrigal in rural New South Wales (pictured), famed for its signature pizzas, quality beer and top class service

The winners were announced at a ceremony at the Star Event Centre in Sydney on November 20.

Taking the crown for Australia’s ‘Best Bush Pub’ for the second year running was the Armatree Hotel near Merrigal in rural New South Wales.

Famed for its signature pizzas, the Armatree serves up good beer, top class service and tasty food, catering for birthdays, engagements and weddings.

Armatree owner Ash Walker said it was ‘pretty amazing’ to win the title for the second year in a row.

‘It’s very humbling, and it probably shows that after nearly 13 years, hard work pays off,’ he told the Narromine News.

The Thoroughbred Hotel in the historic horsing town of Scone was hailed as the best venue to grab a steak in New South Wales in 2019, after the AHA anonymously inspected hundreds of meals to find the prime cut of steak available in the region.

The Thoroughbred Hotel has an adjoining bakery and café which opens at 6am each morning, catering to the breakfast trade. 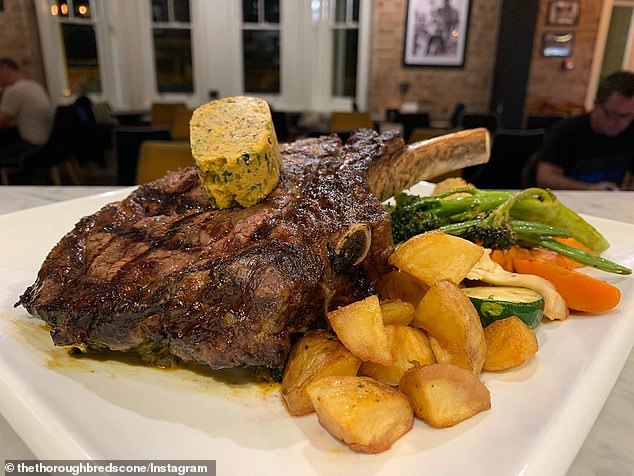 The Prince of Wales Hotel in Gulong, in the heart of the Mudgee wine region, received the nod for ‘Best Cheap Eat’ thanks to a menu of remarkably reasonable meals for less than $15.

A hearty portion of fish and chips with side salad costs $10 every lunchtime from 12pm to 2pm, and on Thursday evening’s chicken schnitty with chips will set you back just $6.50. 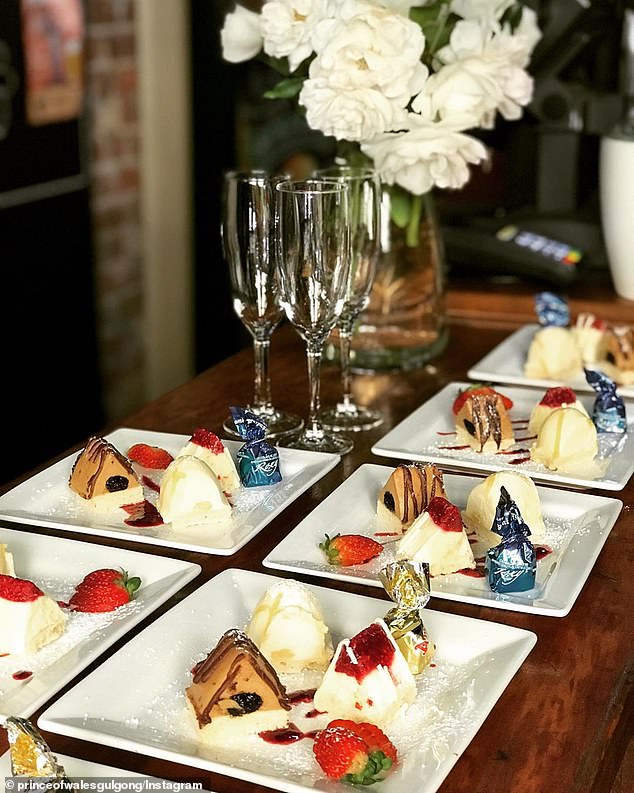 The Prince of Wales Hotel in Gulong received the nod for ‘Best Cheap Eat’, thanks to its remarkably reasonable offers of $6.50 chicken schnitty and chips and a Mother’s Day dessert platter for just $4.50 (pictured)

Sharing the title in the new ‘Best Parmi’ category were joint winners the Tydvil Hotel and Bistro in Broken Hill, and the Ophir Hotel in Orange.

Boasting a 4.5 star rating on TripAdvisor, the Tydvil serves up delicious pub meals, sizable steaks, cold beer and friendly service with a smile.

TripAdvisor reviewers called the Tydvil’s parmigiana ‘exceptional’ and said the hotel is the ‘place to be’ for anyone stopping in Broken Hill. 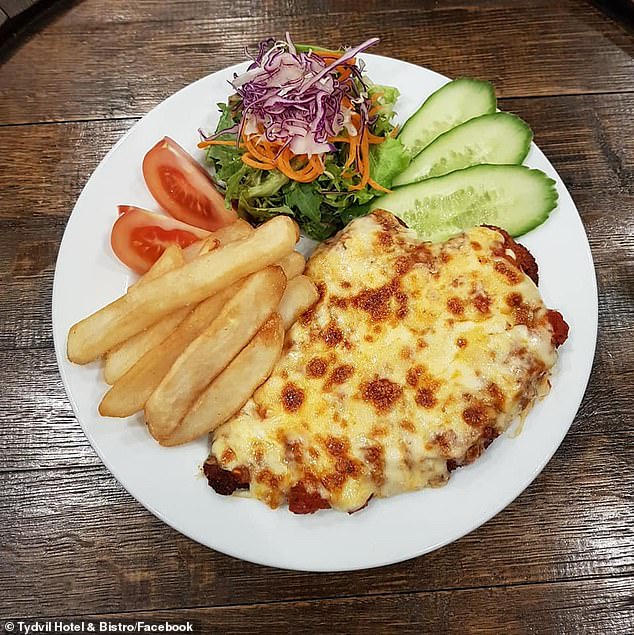 The Tydvil Hotel and Bistro in Broken Hill was one of two winners of the new ‘Best Parmi’ category, along with the Ophir Hotel in Orange

‘The bar was set extremely high this year, with more than 600 nominations from right across NSW,’ Mr Whelan said in a statement.

‘It is particularly pleasing to see so many regional hotels entering this year when many have been doing it tough in drought-stricken, and now bushfire ravaged, communities.’