A Perth man will spend six-and-a-half months behind bars in Singapore after a two-week drunken rampage where he assaulted police and ’caused annoyance’.

Jason Peter Darragh arrived in Singapore on April 20 on a stopover to the Philippines, Perth Now reported.

His final charge came on May 1, after he was caught standing near a taxi rank with his hand on his groin. 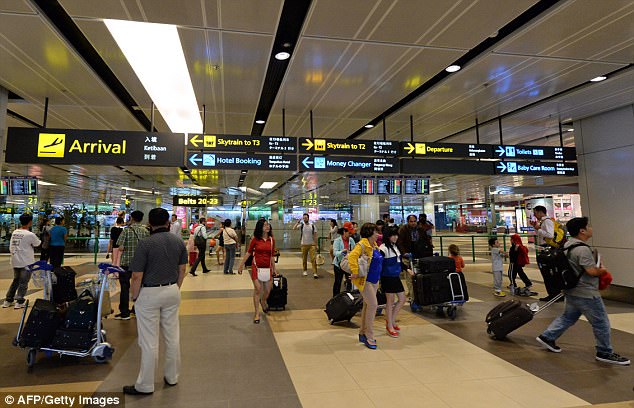 The 44-year-old’s sentence was intended to act as a deterrent for others considering assaulting a police officer, said Judge Tan Jen Tse (pictured: Singapore Changi Airport)

Darragh pleaded guilty to four charges before a court on Thursday. He appeared in chains, having refused bail since his arrest in May.

His lawyer, S.S. Dhillon, claimed Darragh’s actions were the result of the man’s broken marriage which saw him separate with his wife and children and turn to drinking.

After Darragh’s arrest, shocking video of his assault on police at the Changi Airport emerged, which saw the Australian man taken out by seven police officers.

In the video, the man can be seen tussling with two officers who are trying to grab him by the arms. 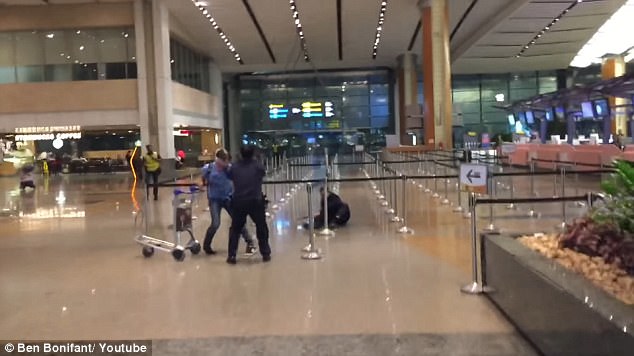 One officer eventually grabs his left wrist, but the man breaks free and charges at the other officer, pushing him to the ground.

Members of the public begin to converge on the scene and attempt to help the officers by kicking the man in the legs.

However he seems unfazed by the their efforts, and continues to duel with the officers.

They can be heard telling the man to ‘calm down’ and that he is under arrest on several occasions.

Eventually seven officers swarm on the man and tackle him to the ground. 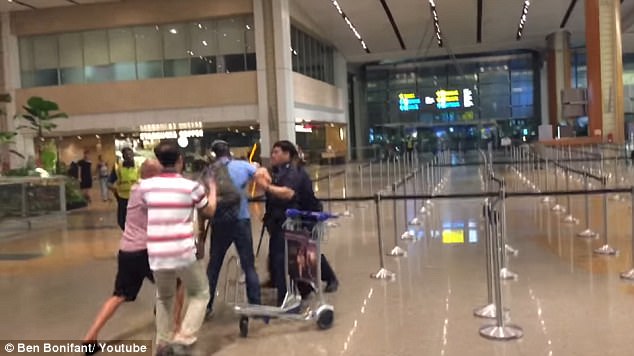 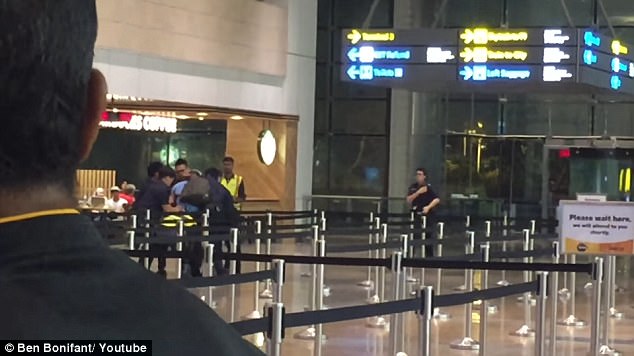