NBL star Harry Froling has left the Aussie basketball world in shock, after requiring emergency surgery for a fractured skull and a brain bleed after a sickening coward punch attack in Wollongong.

The 24-year-old Brisbane Bullets star suffered the head injury after an attack in the early hours of Sunday morning while out in the regional city just south of Sydney.

It came just hours after he played for the Bullets in a game against the Wollongong Hawks, a side which includes his brother, Sam.

The former NBL Rookie of the Year is understood to have been out drinking with teammates into the early hours of Sunday morning after their 103-86 win over the Hawks.

He was reportedly removed from a nightclub at around 2am after showing ‘signs of intoxication’, according to the Daily Telegraph.

The publication revealed that he was seen walking down the nightclub hotspot of Crown Street and talking with a number of females, before a man stands up to join them, before punching Froling in the face.

It caused the 210cm, 123kg star to reel backwards and hit his head, leaving him unconscious with blood pouring out of his ear, with shocked bystanders rendering first aid as the other party left. 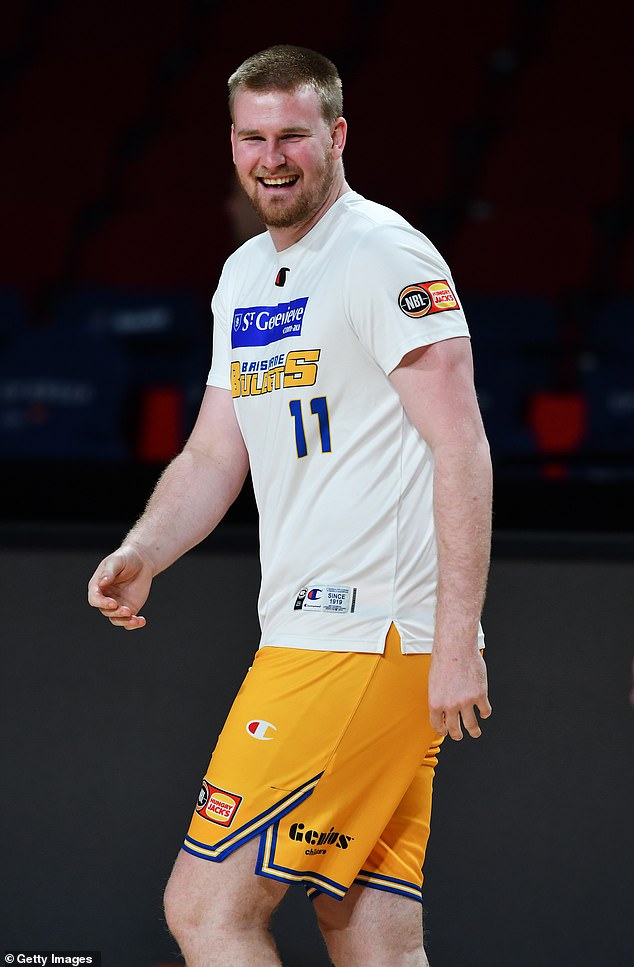 Harry Froling, pictured prior to a Brisbane Bullets game late last year, is facing a long recovery after suffering a fractured skull in the sickening incident

Froling was taken to Wollongong Hospital at 2.40am, but for some unknown reason he refused have a head CT scan, before staff went to check on him again and found that he had ripped out his IV drip and discharged himself.

He returned to Queensland with teammates, but, unsurprisingly, complained of headaches and was taken to Brisbane’s Prince Charles Hospital, where doctors found the serious head injuries and rushed him into surgery.

In the wake of the attack, his club released a statement, saying they would not be providing further comment, and will be assisting both NSW Police and the league with their investigation into the incident.

‘The Brisbane Bullets are working closely with NSW Police and NBL Integrity Unit as they investigate the circumstances surrounding an alleged assault on Harry Froling,’ the statement read.

‘Harry is currently recovering from an incident that occurred following the team’s away game in Wollongong and will miss the remainder of the NBL23 season.

‘As an investigation is underway, the Club is not in a position to make any further comment, other than to say the players, coaches and staff all send their well wishes and love to Harry, and his family.

‘The Club respectfully asks for privacy for the Froling family at this time,’ the brief statement finished.