By Cian Cheesbrough and Richard Evans For Mailonline

Australian Open fans were extraordinarily booted from the stands in the middle of Novak Djokovic’s match after snap Covid lockdown rules in Melbourne came into force.

Midway through the fourth set of the Serbian’s third round encounter with Taylor Fritz, fans in the stadium were told to leave the ground to comply with the state of Victoria’s lockdown starting at 11.59pm local time.

The shock announcement by the umpire was greeted to a chorus of boos before fans were forced to vacate the Rod Laver Arena. 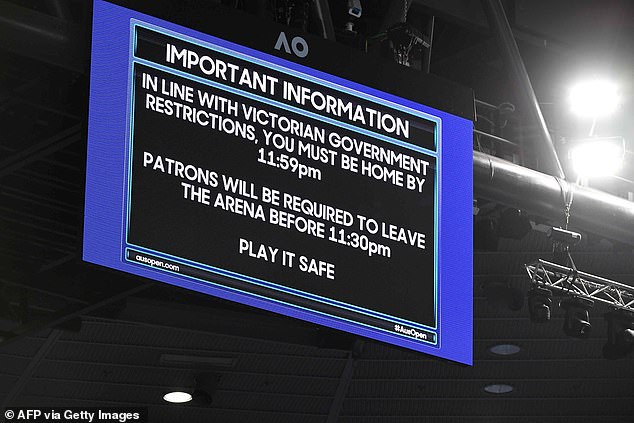 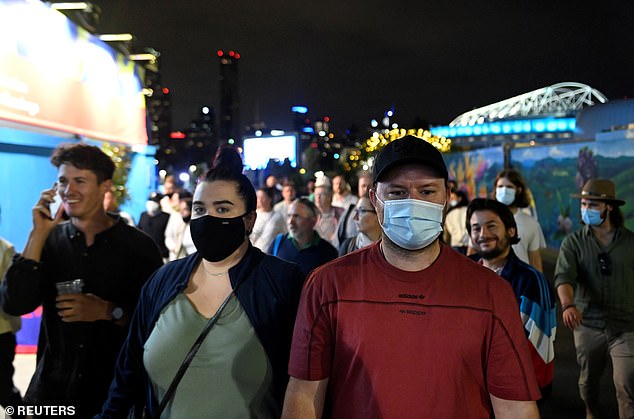 Spectators had been able to attend matches for the Grand Slam tournament but a five-day lockdown was announced by the Australian Government on Thursday to try and stop the spread of the rampant UK variant of coronavirus in the state of Victoria.

It was initially thought that fans at the event on Friday would be exempt from the restrictions but they were informed by the umpire at 11.30pm that they must leave in order to be home by the curfew.

The virus, which originated at a hotel in outer Melbourne earlier this week, is ‘moving at a velocity that hasn’t been seen before,’ said State Premier Dan Andrews. 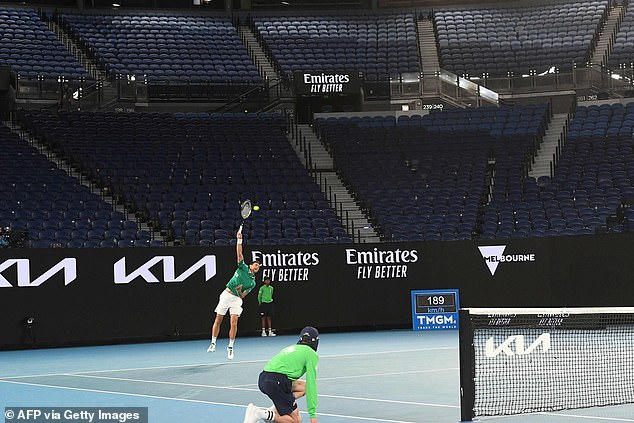 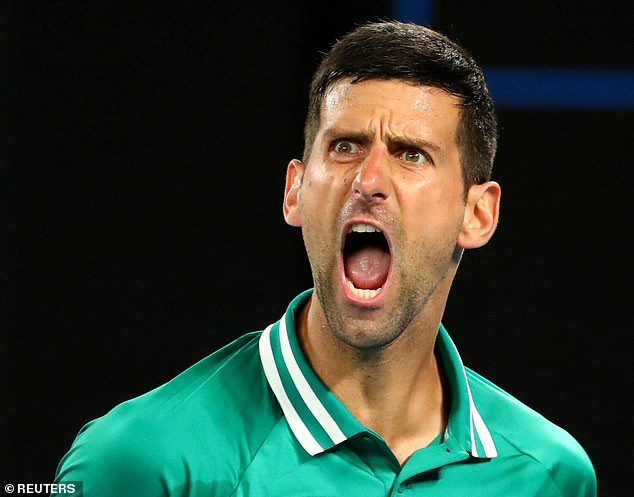 It is hoped the five day shutdown for all Victorian residents which begins at midnight on Friday night will be a ‘circuit breaker to ensure we do not have a third wave,’ Premier Andrews said. ‘If we wait to be absolutely certain we have the problem it will be too late.’

After play resumed following the delay, the world No. 1 eventually edged out his American opponent 7-6 (1) 6-4 3-6 4-6 6-2, but his hopes of continuing are in the balance after suffering a torn stomach muscle.

When asked about the injury after the match, Djokovic said: ‘I really don’t know, my friend. Right now, I know it’s a tear, definitely, of the muscle. 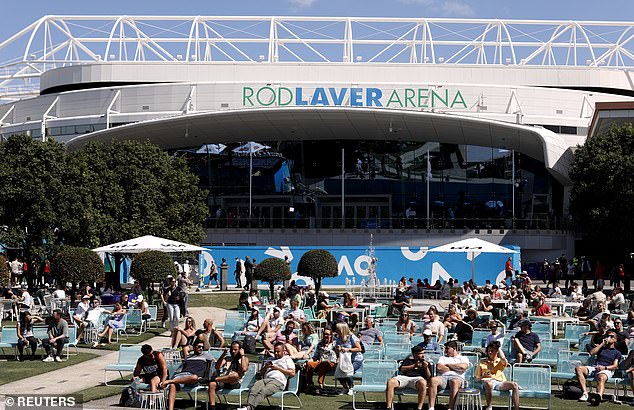 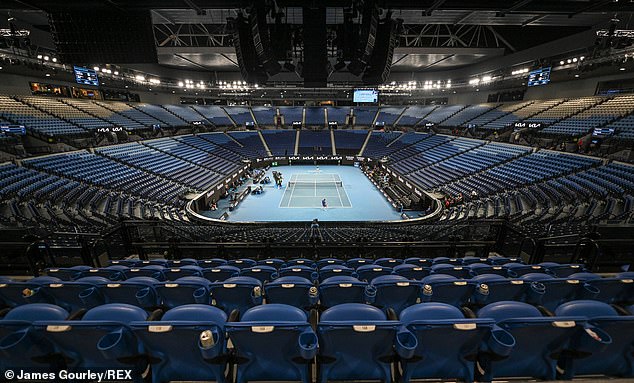 ‘So I don’t know if I’ll manage to recover from that in less than two days.’

Brisbane and Perth have recently employed similar, and successful, strategies to combat the UK variant.

Tennis Australia chief executive Craig Tiley is adamant that play will go on at the grand slam event that still has a further nine days to run from Saturday.

It has been designated as a workplace that can continue with a few essential staff only.