How do you solve a problem like Margaret Court? Australian Open unsure how to mark 50 years since she won all four Grand Slams in the same year after the homophobic Christian preacher claimed ‘the devil’ wants to control the country

How do you solve a problem like Margaret Court? The tennis world, including Wimbledon, is going to spend much of this year trying to work out the best way to deal with the issue of the great champion turned fiery Christian preacher.

It is 50 years since Court, now 77, pulled off the sport’s ultimate achievement by winning all four Grand Slams in one year. First up to mark that in a sport that loves to commemorate such feats is her own Australian Open.

For months Tennis Australia has been contorting itself on the awkward question of how to greet the anniversary, with minds further focused by the fact that at this month’s Australian Open Serena Williams can equal Court’s overall tally of 24 majors.

The whole business would be of little consequence were it not for Court’s outspoken beliefs on lesbian and gay rights, which particularly rub up against a sport which has a tradition of being inclusive over sexual orientation.

Last year her fellow Aussie legend Rod Laver was guest of honour in recognition of his clean sweep of the big titles in 1969.

Wimbledon also have a decision to make with a player who won the women’s singles in 1970 for the third time at SW19. 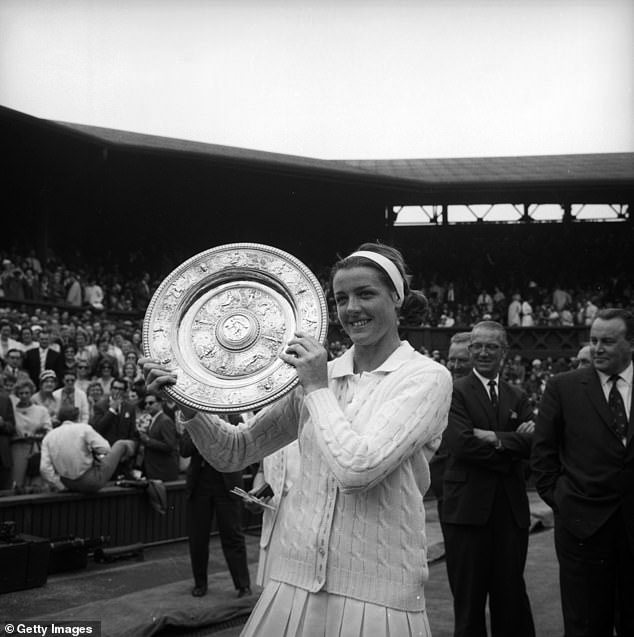 On Wednesday night an All England Club source indicated that the subject is already on the agenda and told Sportsmail: ‘It is too early to say regarding any invitation to attend the Championships, but we will be recognising the 50th anniversary of both her win and John Newcombe’s as we did with Rod Laver.’

The comparison with how Laver and Court have been regarded in their own country could hardly be more stark. While the veneration of the Rockhampton Rocket has almost become a mini-industry, the impression is sometimes given that Court is regarded a bit like the mad auntie in the attic.

Grasping a nettle that they know is going to sting them whatever they do, Tennis Australia announced last month that they were going to hand her a VIP invitation for this year’s event. 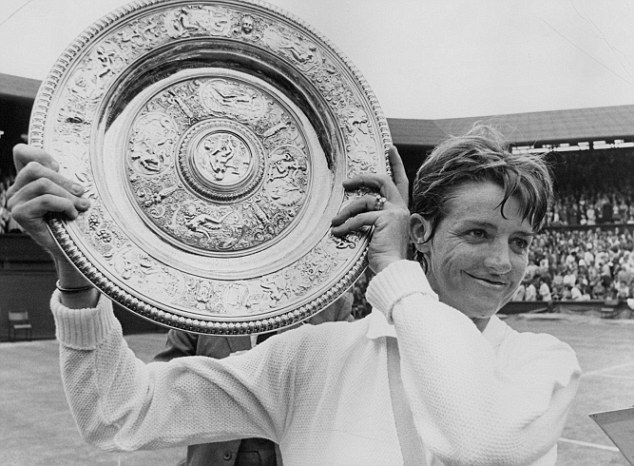 She is due to arrive on Sunday, and there is clearly nervousness about how the visit will work out. Anxiety will not have been soothed by Court doubling down on her views about homosexuality and transgender rights in a sermon she gave at the Pentecostal church in Perth just after Christmas.

Declaring that ‘the devil’ wants to control Australia she went on: ‘We know with LGBT they will wish they had not put the “T” on the end of it because particularly in women’s sport they are going to have so many problems. I can go on the television and if I say, “Well this is what the Bible says” it’s like opening a can of worms.’

Court has always insisted: ‘I don’t hate anyone’, although her views are undoubtedly divisive and offensive to many. 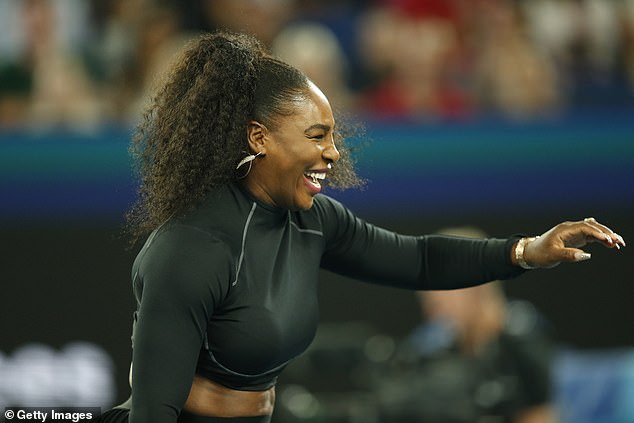 Martina Navratilova was among those to deplore her latest address, tweeting: ‘Pathetic in every way. Shame on Margaret.’ 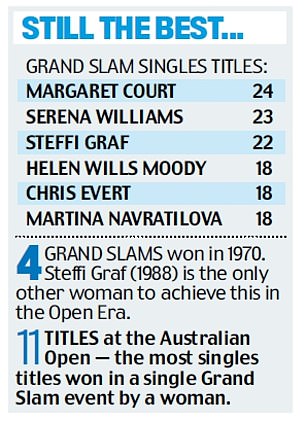 Tennis Australia have tried to take a diplomatic middle path, mindful that Court is far from universally disparaged.

Their line has been that she will be ‘recognised not celebrated’. ‘We have said we are going to recognise Margaret,’ said Tennis Australia chief Craig Tiley. ‘She is one of the icons of the sport in Australia.’ It has already been decided that she will not present the women’s singles trophy.

In a carefully worded statement, the Australian governing body also said that it does not agree with her views and supports the game being as inclusive as possible.

In an interesting twist, on the final weekend of the Australian Open, Melbourne Park will host the country’s biggest ever recreational tournament for LGBT players, which is calling itself the Glam Slam. 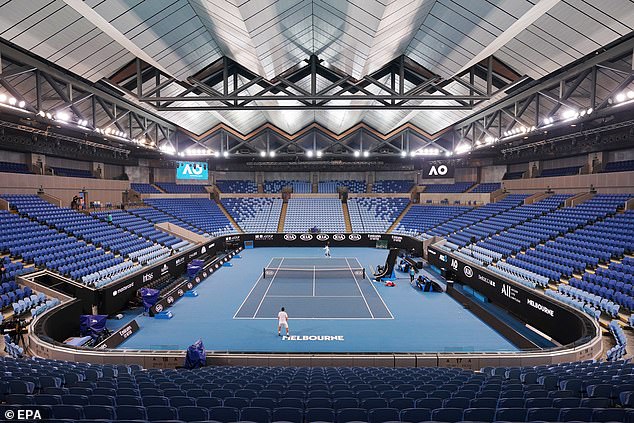