Legendary reporter Steve Dunleavy, who was the inspiration for Robert Downey Jr’s tabloid television journalist in Natural Born Killers has died. He was 81.

Sydney-born Dunleavy was famed as a conservative columnist for the New York Post and as a door-kicking reporter who introduced the US to tabloid TV with A Current Affair.

He was just as well known for his rakish charisma and instantly recognisable by a trademark bouffant of silver hair.

Dunleavy’s journalistic timing could be impeccable. He wrote the first big tell-all book about the drug-addled life of Elvis Presley, which was published a fortnight before the singer’s death and caused a sensation.

Legendary Australian reporter Steve Dunleavy who was the inspiration for Robert Downey Jr’s tabloid television journalist in Natural Born Killers has died. He was 81 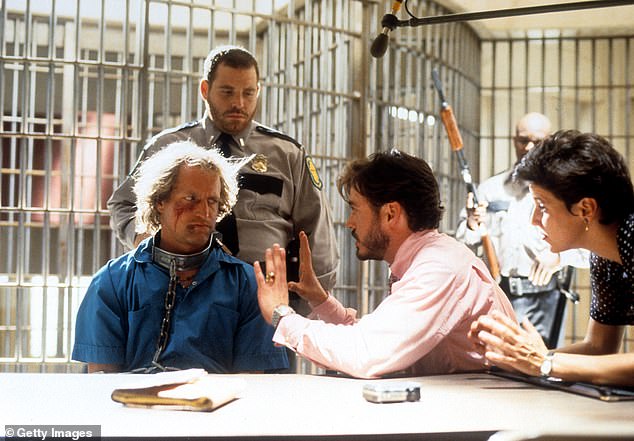 Dunleavy’s was the model for Robert Downey Jr’s journalist character Wayne Gayle (above in pink shirt) in Natural Born Killers, Oliver Stone’s 1994 film about a couple who become mass murderers. Downey Jr spent time with Dunleavy to prepare for the role

There were few things Dunleavy would not do to get a yarn in a swashbuckling working life played out across four continents over 55 years.

‘I lost count of the number of times I posed as a cop, a public servant or a funeral director,’ he told his long-time employer Rupert Murdoch’s biographer William Shawcross.

Murdoch, who Dunleavy always called ‘The Boss’, told the same author: ‘He’s one of the hardest-working journalists I’ve ever seen. He absolutely lives for scoops and to get his name on them.’

An 11-page profile of Dunleavy by John Cassidy in the The New Yorker magazine in 2000 was appropriately headlined ‘The Hell-Raiser’.

‘His pallor was that of a rotting cod. His silver pompadour, which makes him resemble an ageing Elvis impersonator, shot from his crown in glorious defiance of taste and gravity.’

Dunleavy’s 2017 induction into the Australian Media Hall of Fame noted a ‘whatever-it-takes, larger-than-life approach to journalism’ which marked his career.

Like many of his generation of journalists Dunleavy was a hard drinker and heavy smoker. He was immensely popular with women.

Dunleavy’s rollicking life took him through Asia and Europe but it was in the United States where he really made his professional mark, introducing tabloid TV to Americans. 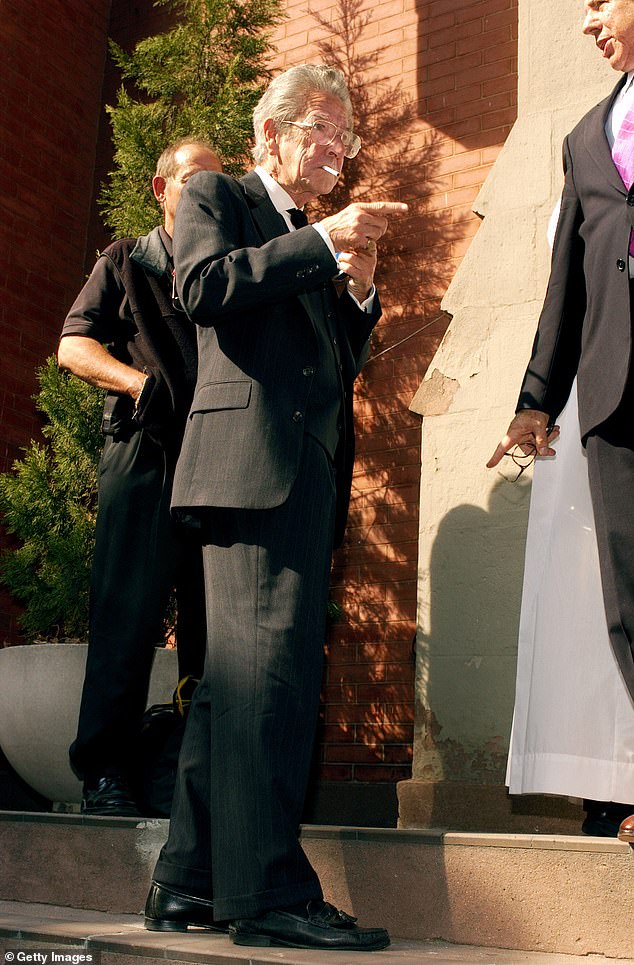 Dunleavy’s induction into the Australian Media Hall of Fame noted his ‘whatever-it-takes, larger-than-life approach to journalism’ which he took across four continents. An 11-page profile of Dunleavy in the The New Yorker magazine in 2000 was headlined ‘The Hell-Raiser’

The Washington Post’s TV critic called Dunleavy ‘a sleaze’ and The New York Times described the show as ‘nothing short of vile.’

Downey Jr spent time with Dunleavy to prepare for the role.

Stephen Francis Patrick Aloysius Dunleavy grew up in Bondi and began his journalism career in 1953 as a copyboy for the afternoon tabloid The Sun, where his father worked as a photographer.

He moved to The Sun’s competitor, the Daily Mirror, then owned by Ezra Norton but later taken over by Murdoch, for whom he would eventually work for four decades.

One of Dunleavy’s early moves at the Mirror while still a teenager was to puncture his father’s tyres to get a scoop over The Sun.

Dunleavy did a stint on The South China Morning Post in Hong Kong and freelanced in Japan, India, Greece, Italy, Spain and the United Kingdom.

After working as a correspondent for English newspapers Dunleavy linked up with  Murdoch when the Australian media baron bought the New York Post in 1976.

He made a name for himself at the Post that summer with a series of scoops on the crimes of David Berkowitz, the ‘Son of Sam’ serial killer who was terrorising New York. 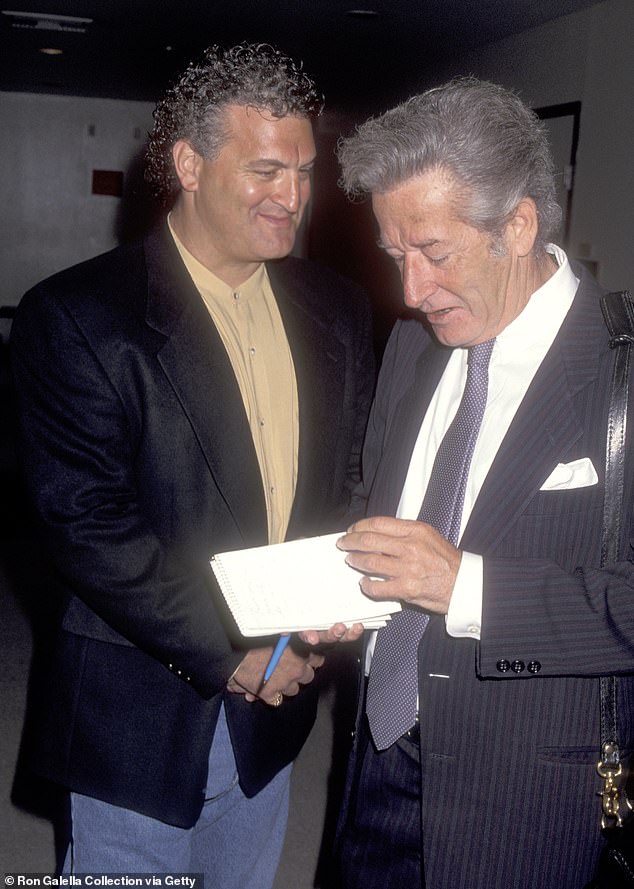 Dunleavy is pictured with Joey Buttafuoco, an auto body shop owner who had a sexual relationship with a minor, Amy Fisher, who subsequently shot his wife, Mary Jo Buttafuoco. Fisher became known in tabloid coverage of the case as the ‘Long Island Lolita’

In 1977 Dunleavy caught a huge professional break when he wrote Elvis: What Happened? in association with three of Elvis Presley’s former bodyguards.

The book, which was the first to focus on the singer’s addiction to prescription drugs, was published two weeks before Presley death and went on to sell more than a million copies.

During his years at the Post Dunleavy could regularly be found at the nearby Langan’s Bar and Restaurant on West 47th Street, which pre-deceased its best customer by 18 months.

There he would hold court nursing a vodka tonic with police, gangsters, politicians, actors and anyone else he thought would interest his readers, or him.

He was generous with his time and contacts with young reporters, particularly his fellow Australians.

Dunleavy retired in October 2008 with a function attended by hundreds of colleagues and friends including Murdoch and New York police commissioner Raymond Kelly.

Dunleavy, who died in his Long Island home, is survived by his second wife Gloria and two sons. 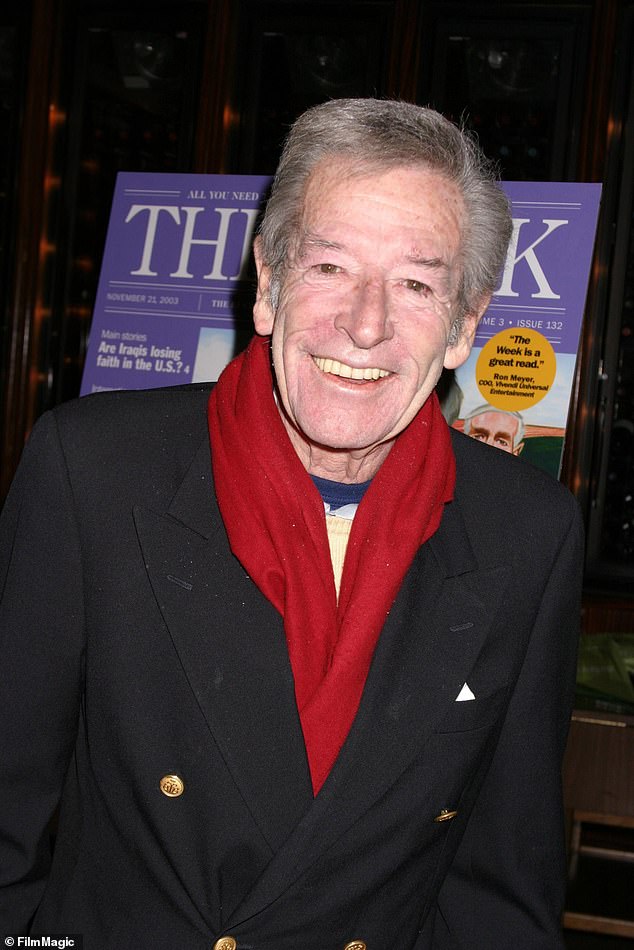 Dunleavy retired in October 2008 with a function attended by hundreds of colleagues and friends including Murdoch and New York police commissioner Ray Kelly. He is survived by his second wife Gloria and two sons